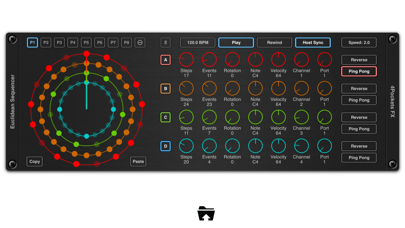 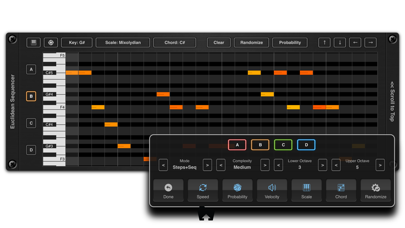 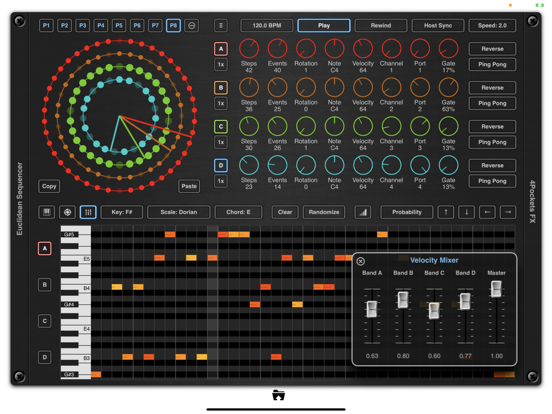 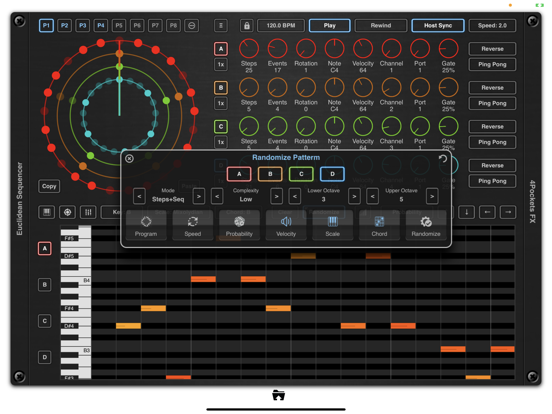 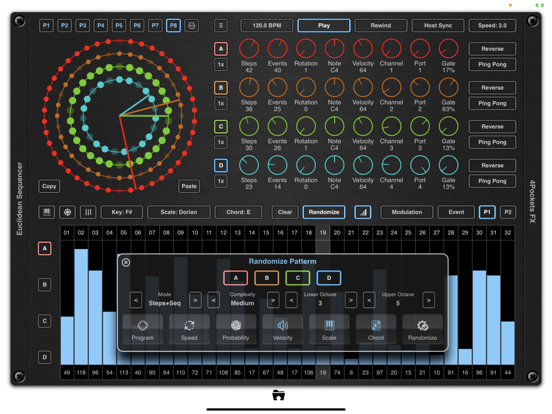 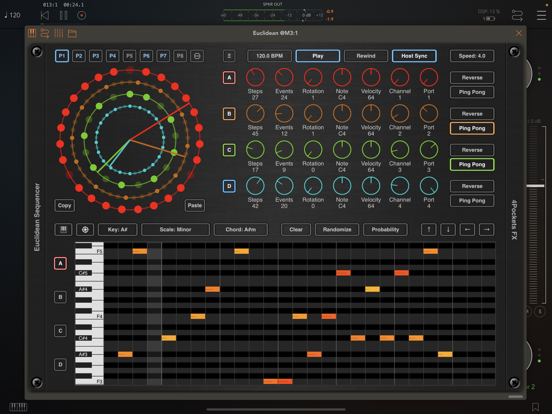 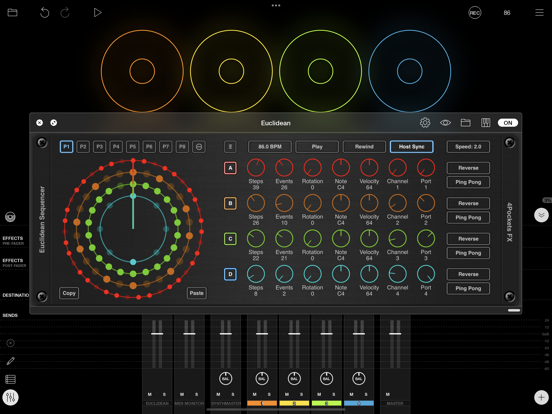 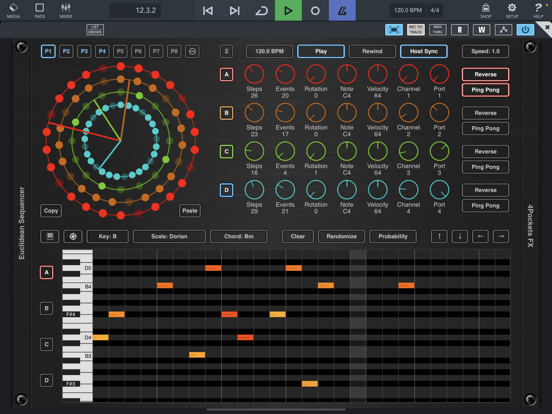 Euclidean Sequencer is an alternative incarnation of the classic step sequencer that has become very popular in the modular realm. It is based on Euclidean rhythms developed by computer scientist Godfried Toussaint in 2004. Euclidean rhythms have their roots in Greek mathematician Euclid’s algorithm, which involves using the greatest common divisor of two numbers to place hits in a sequence as evenly as possible across a set timing divisions.

In practice this is actually simpler than you might think, and Euclidean Sequencer is a great way to auto generate complex musical sequences with no prior knowledge of how it actually works.

Euclidean Sequencer is an AUv3 plugin that can be loaded inside any popular host application that has flexible MIDI routing.

You can define up to 4 Euclidean rhythm parts, each part is referred to as a band. The bands are labelled A-D and colour coded RED, ORANGE, GREEN and CYAN. Together these 4 bands create a pattern, and you can create up to 16 seperate patterns per song patch.

Since each band can specify its own note sequence and output MIDI channel, you can create some quite sophisticated rythms patterns, driving 4 seperate instruments at once. Even better you can seamlessly switch patterns to create even longer evolving sequences. Patterns follow a specified key, scale, or defined chord.

You can even use MIDI input to automatically make note sequences conform to the currently playing chords.

Please note: This is an AUv3 plugin instended to be used inside your favourite host DAW such as AUM, Cubasis, Loopy Pro etc. It will work with any app that has flexible MIDI routing.