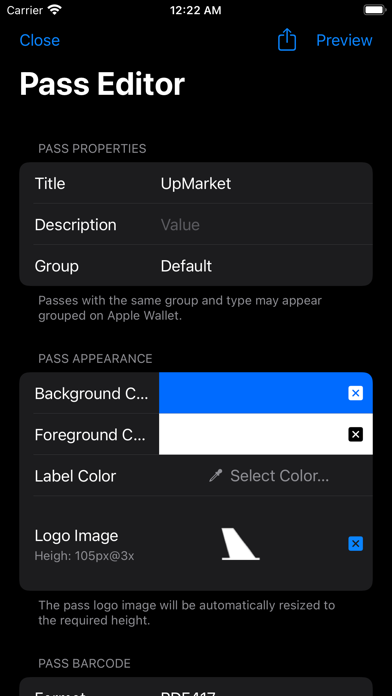 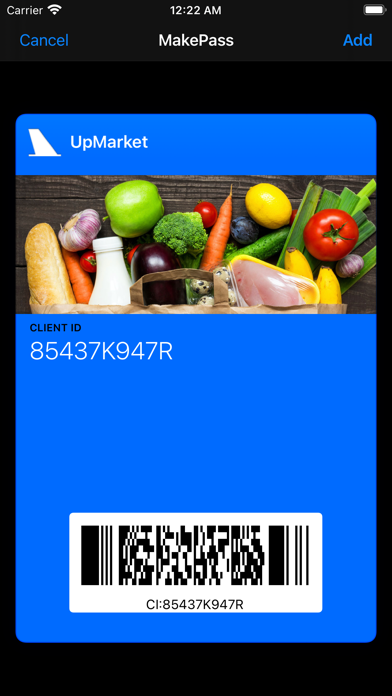 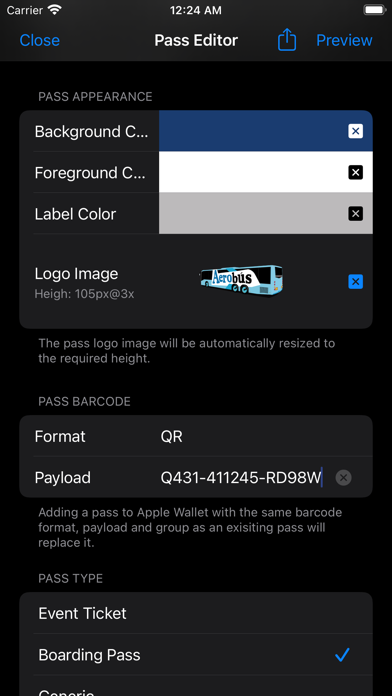 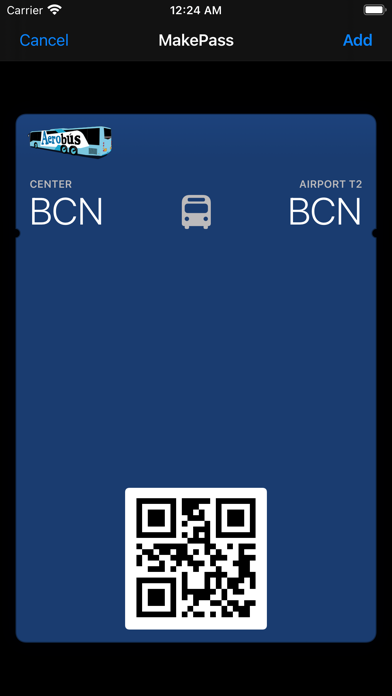 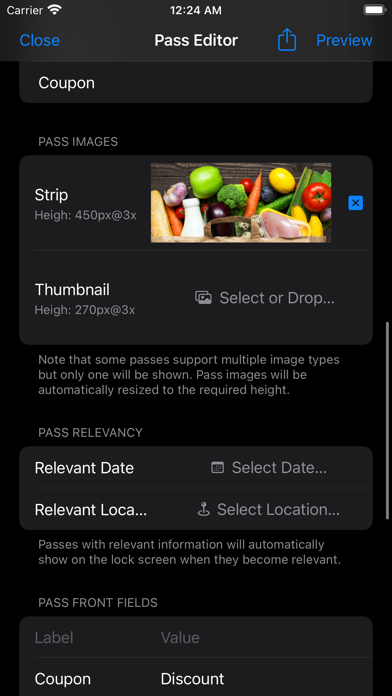 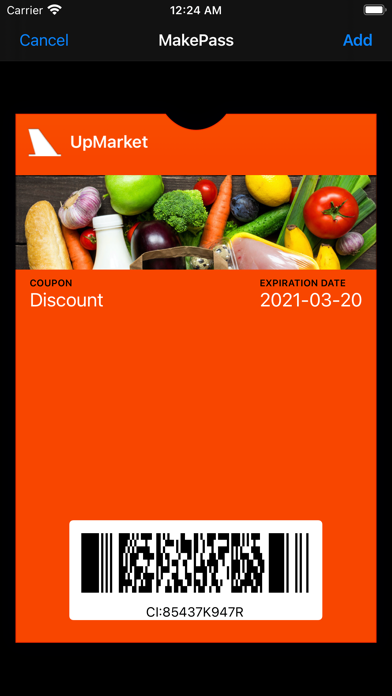 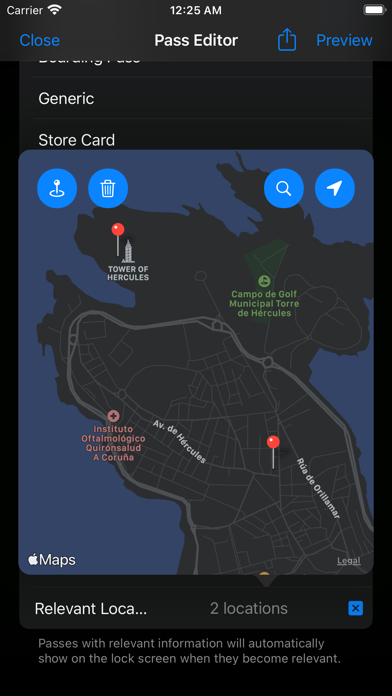 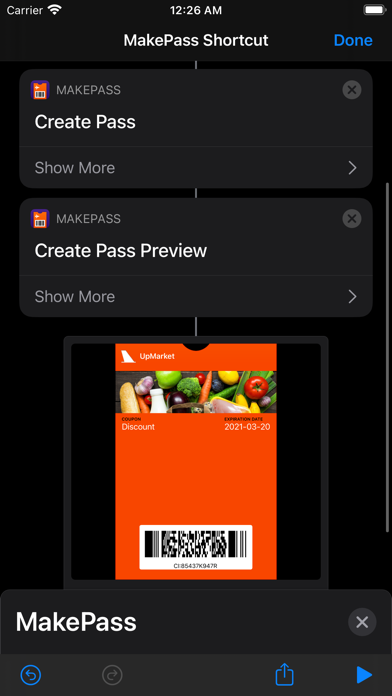 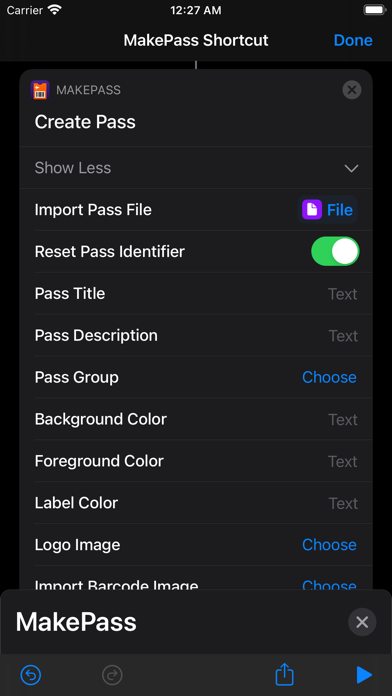 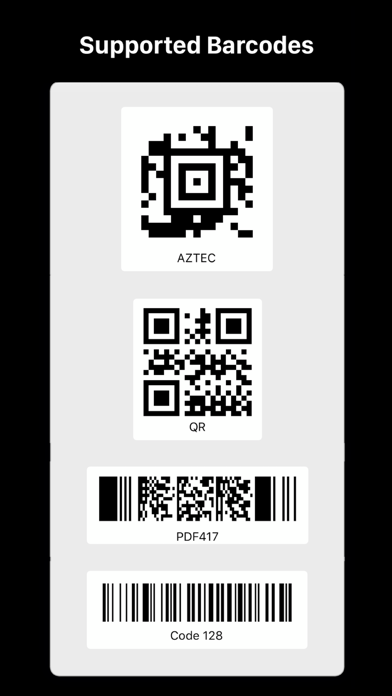 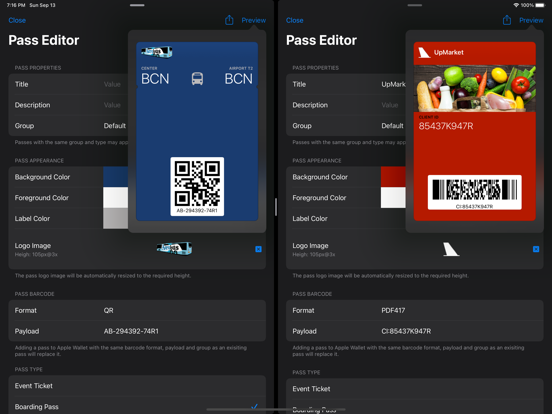 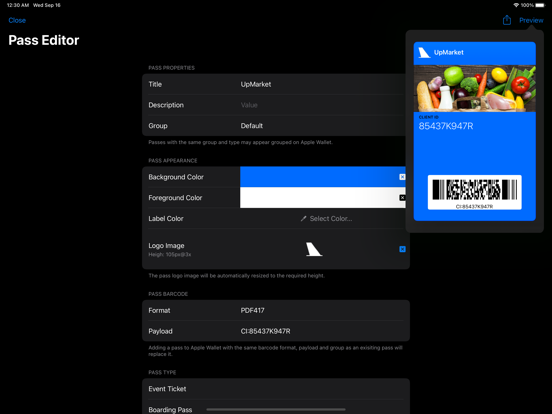 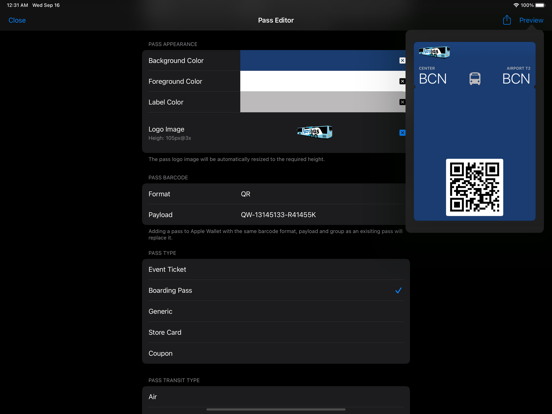 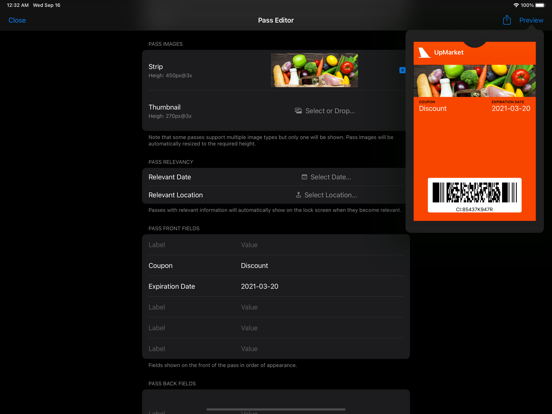 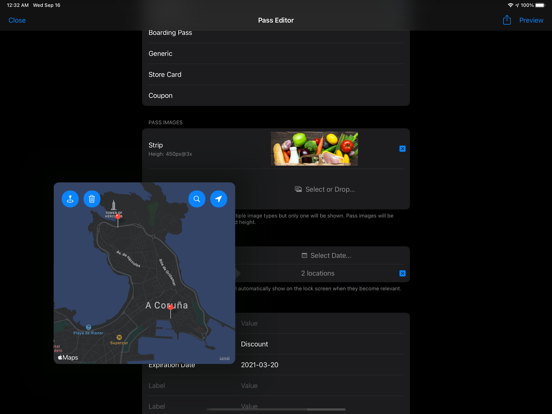 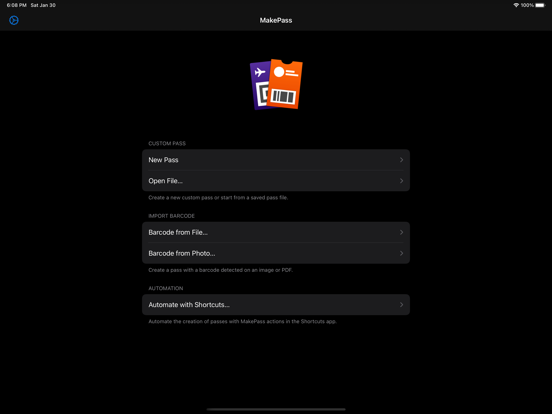 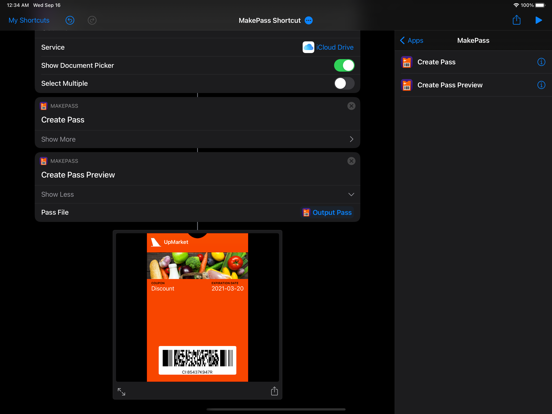 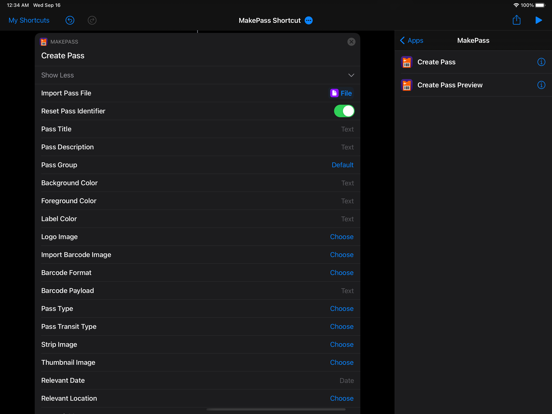 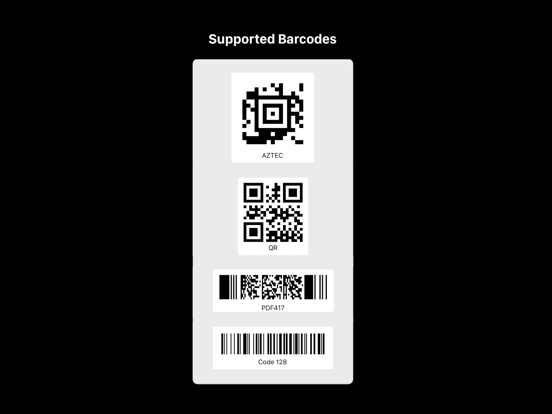 MakePass is a powerful Apple Wallet pass editor: you can start from an empty pass, open a previously saved pass file or import any supported barcode from images, PDFs or directly from the camera. Then, you can customize the pass and save, share or store it directly on Apple Wallet. MakePass also supports creating passes with Shortcuts!

MakePass supports customizing passes in a lot of ways:

• Import or manually define the pass barcode type and content with any format supported by Apple Wallet: QR, AZTEC, PDF417 and Code 128 with text payloads. MakePass also allows you to convert unsupported barcodes to any of the valid formats or embed them in the original format as a pass image.
• Add a title, organization, description and custom fields that will be visible on the header, front and back of the pass.
• Define the pass group to select which passes of the same type appear grouped on Apple Wallet. MakePass supports up to 10 different pass groups.
• Add custom images for the icon, logo, background, strip image or lateral thumbnail.
• Set custom colors for the background, titles and body text. MakePass can also automatically infer the color scheme of the pass based on the imported barcode image.
• Choose the type of pass: Event Ticket, Boarding Pass, Generic, Store Card or Coupon.
• For boarding passes set the transit type: Air, Boat, Bus, Train or Generic.
• Set a relevant date, expiration date and up to 10 relevant locations, so the pass automatically appears on the lock screen when it becomes relevant.
• Add an associated app that will appear on the pass on the Wallet app so you can quickly install or launch it.

Notes:
• On iPadOS, as Apple Wallet is not available MakePass will allow you to preview the pass and share or save the generated pass as a file instead of adding it to Wallet.
• Barcodes with Code 128 format are not shown by Apple Wallet on the Apple Watch.
• Barcode formats that Apple Wallet does not support but MakePass can embed as pass images include Code 39, Code 93, EAN8, EAN13, UPCE and ITF14.
• The organization name and icon image will be visible on the relevant pass notifications that appear on the lock screen.
• Background, strip and thumbnail images are not supported on all pass types. Note that background images are automatically blurred by Apple Wallet and that some passes while supporting multiple image types cannot include all types at the same time.
• The “Create Pass” Shortcuts action supports both opening the result on MakePass or generating the pass file inline.
• Handoff can transfer the current editor state with the exception of embedded pass images due to size limits of the transferred payload imposed by the system.

Privacy by Design: MakePass works completely on-device and does not store or send any information outside of the protected app sandbox.

• Added support for up-to 8 front fields. Note that depending on the pass type, barcode and layout not all front field may be shown in Apple Wallet, preview the pass to check how many fields are supported.
Partage(s)
4.1/5 - (123 votes)