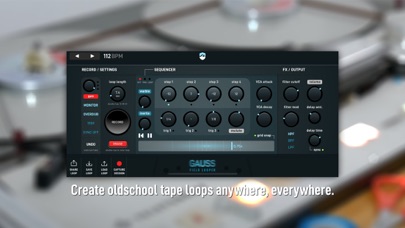 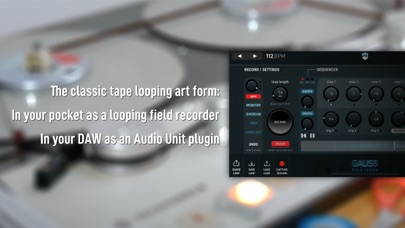 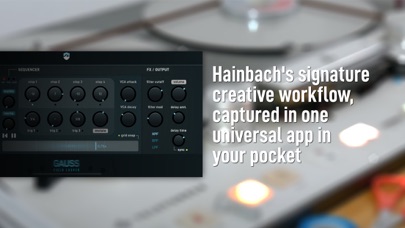 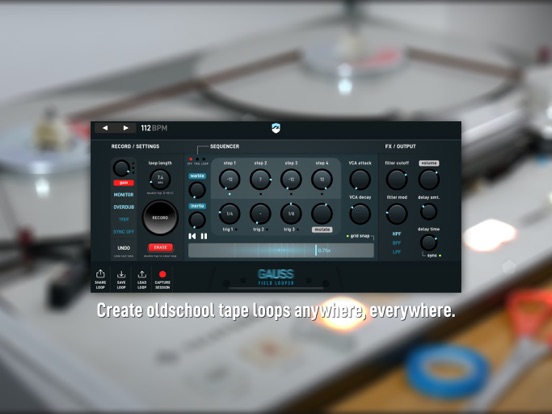 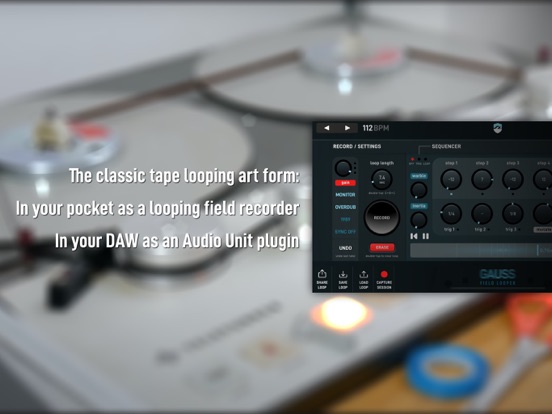 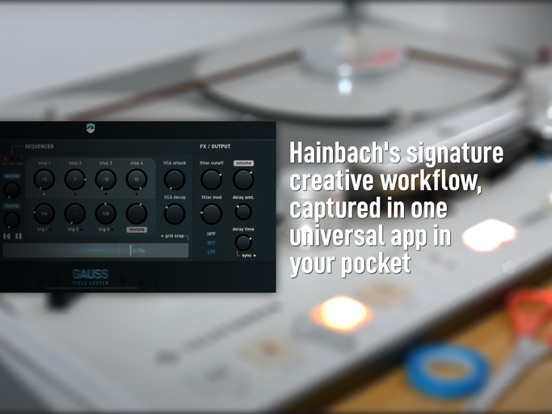 Co-designed with Berlin-based electronic musician Hainbach, Gauss brings the oldschool tape-looping art form to mobile devices. This creative field looper works both standalone and as an Audio Unit effect plugin and puts the possibilities of using looped tapes in your hands. Without the need for scissors.

Like real tape loops Gauss takes you off the grid of your DAW: you can adjust tape speed and direction, even during recording. The flow of your loops will drift organically as the tape follows its own cyclical timeline.

Use overdub, or even multiple instances of the Audio Unit plugin, to create multi-layered ever changing sonic palettes.

We want this app to be a celebration of digital audio technology, so when audio quality is degraded it will do so in a pleasingly crunchy digital way. For example, recording on low tape speeds will give you longer recording time, but at the cost (or pleasure) of a distinctively lower recording quality. So Gauss mimics the behaviour – not the sound – of magnetic tape.

Set the length of the tape, record and overdub your audio, play around with tape speeds; Gauss captures the essence of two ends of tape stuck together in all its unsynchronised, free-running glory. There’s even a unique built-in 4-step polyrhythmic sequencer for sequencing tape-speed changes.

Find the user manual at ruismaker.com