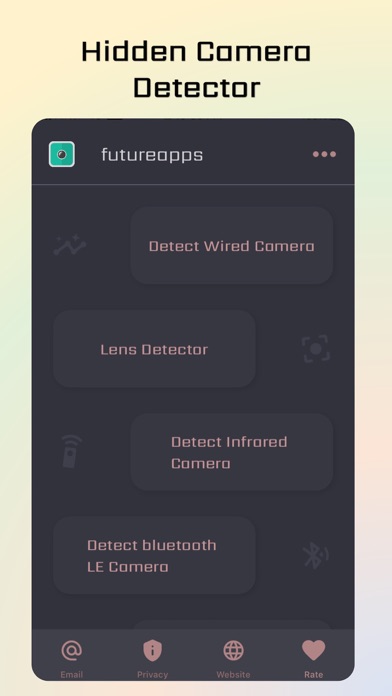 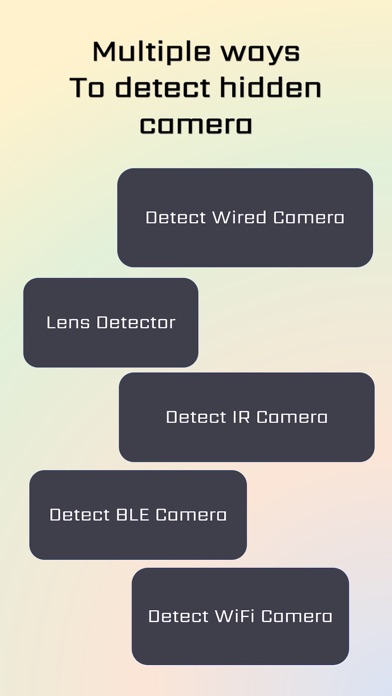 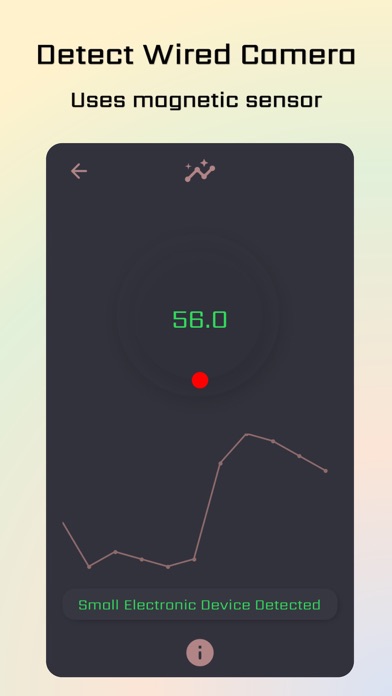 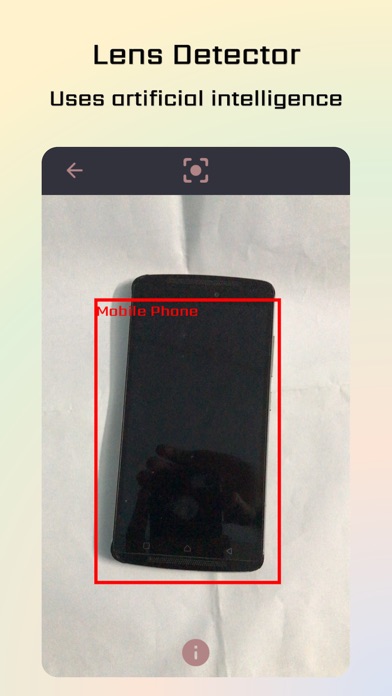 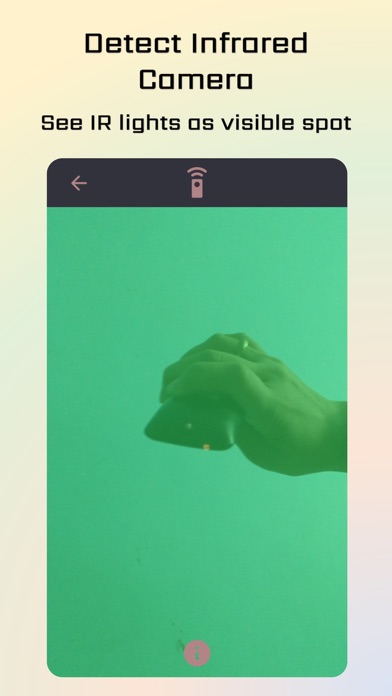 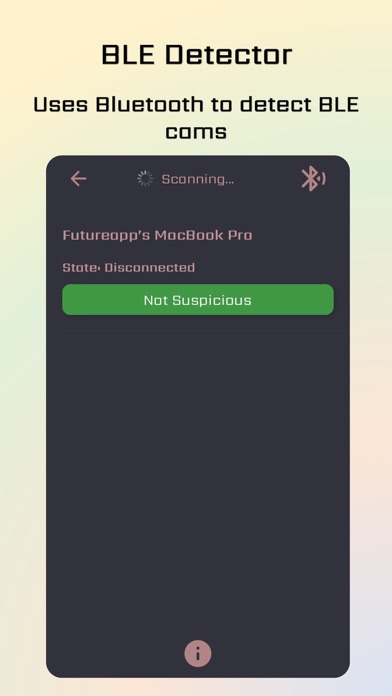 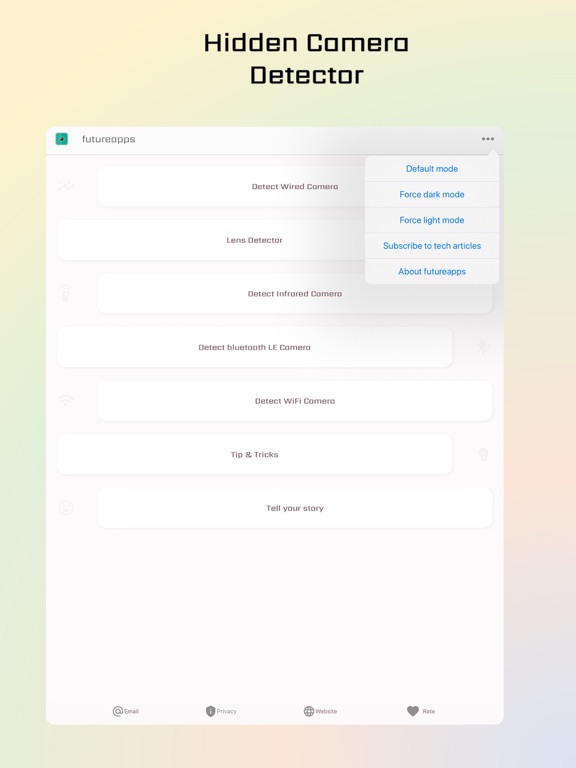 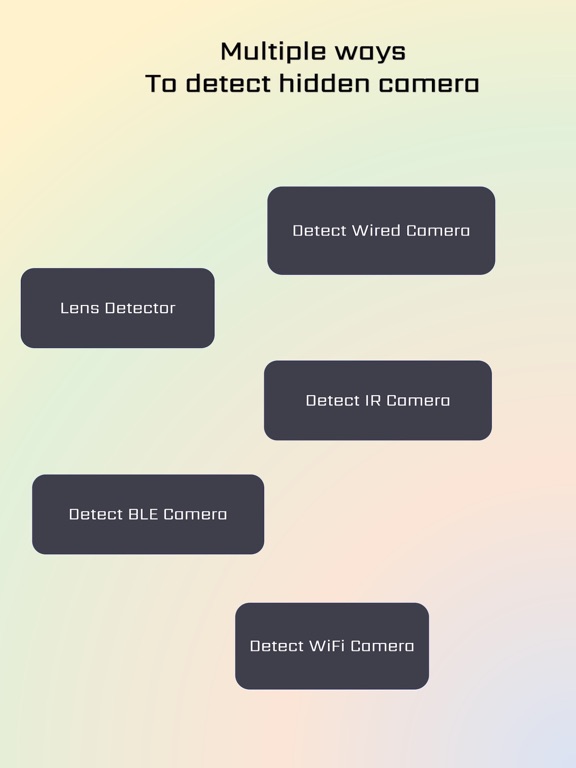 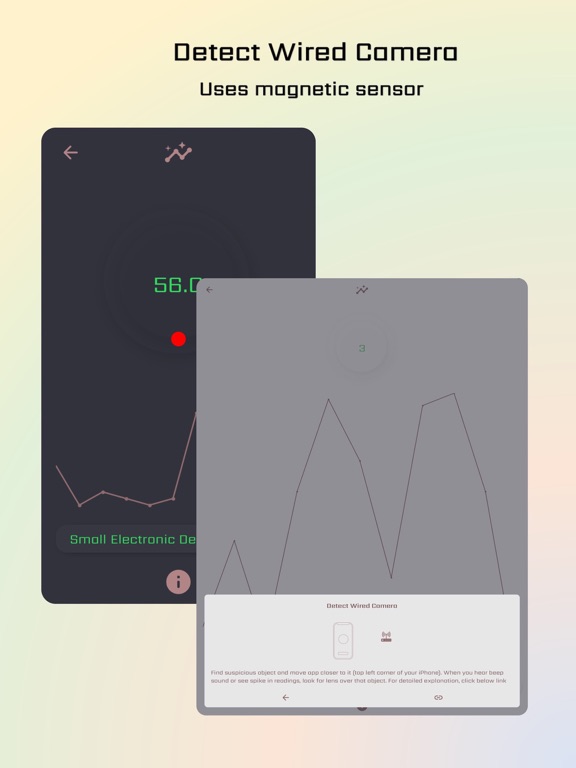 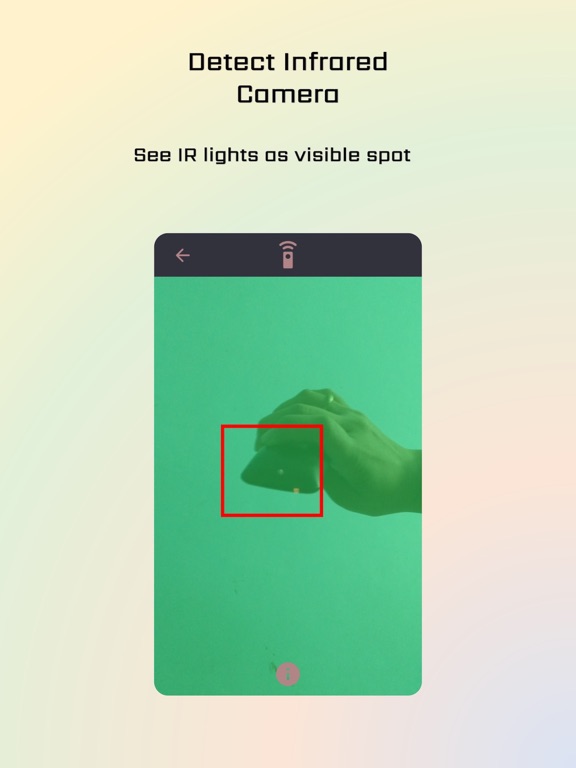 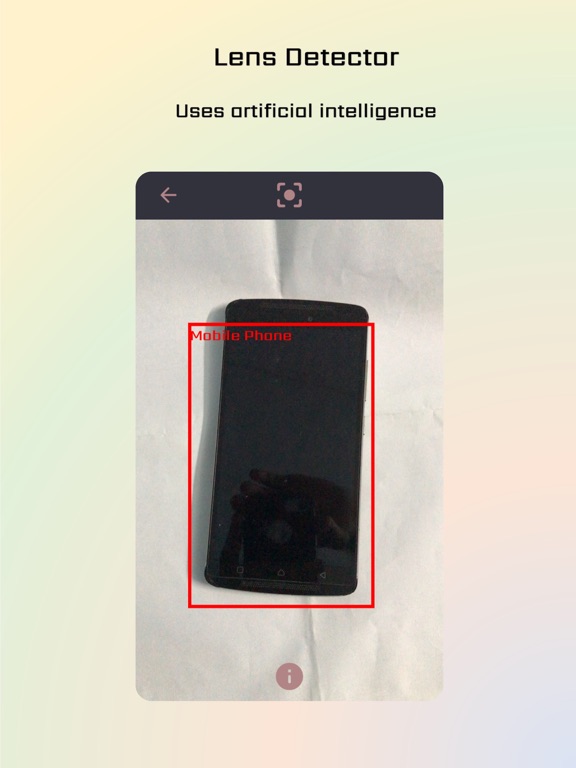 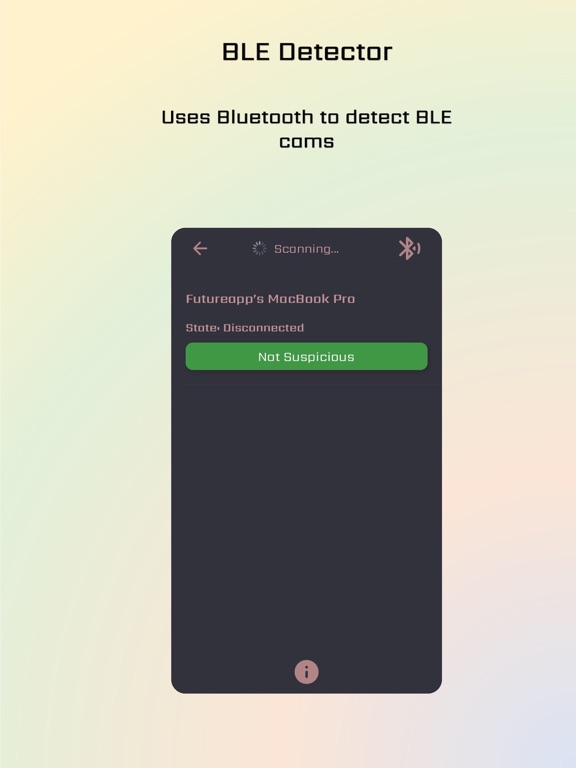 How to use – Move top left corner of your iPhone very close to the suspicious objects. It could be screw, flowerpot, shower head or anything that you find suspicious. If app beeps when brought closer to the object and when moved away, stop beeping , further investigate for camera lens.

4. Detect bluetooth camera – App scans nearby BLE devices and if any device is found to be suspicious, app will show respective message.

Hidden camera detector app also provides tip & tricks so that you can stay protected with some simple tricks and hacks.