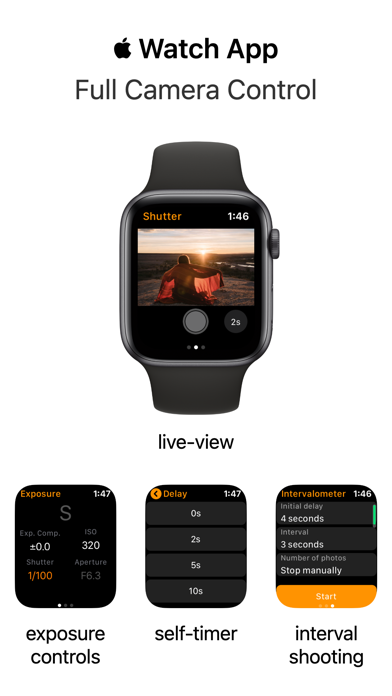 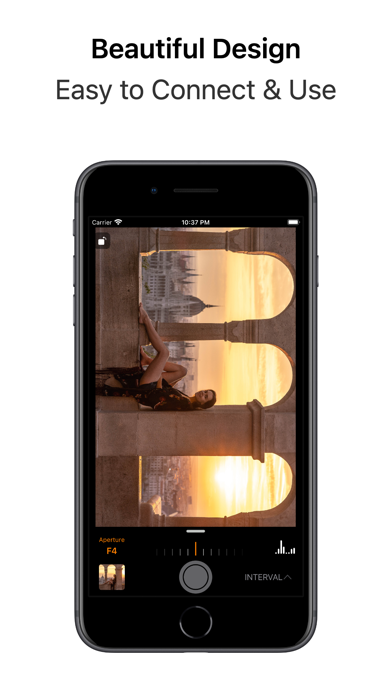 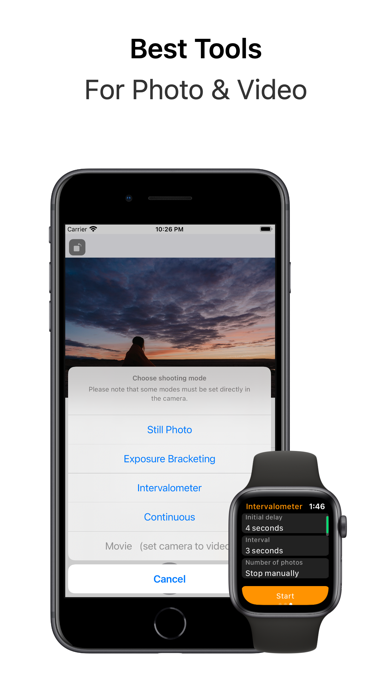 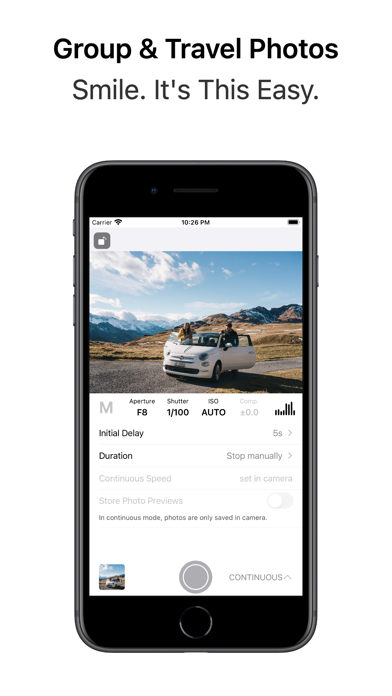 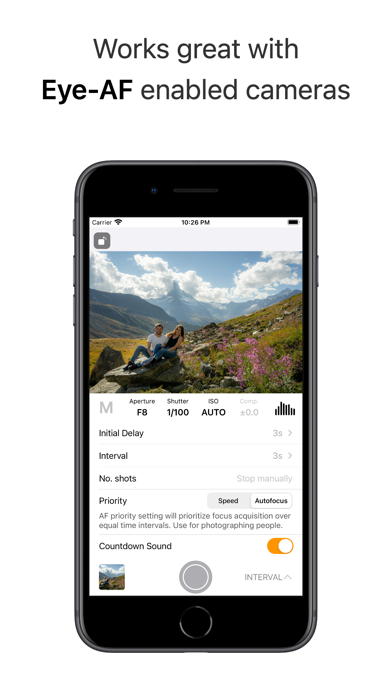 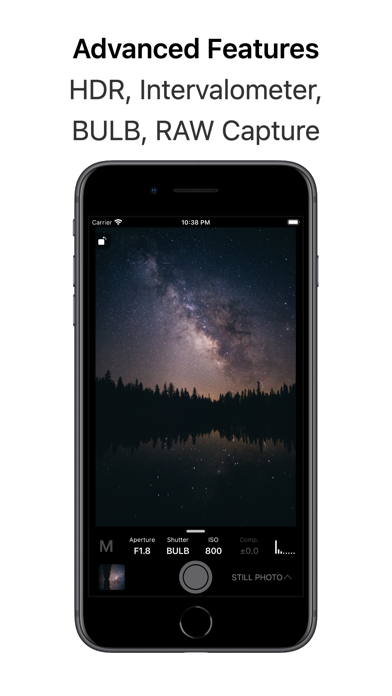 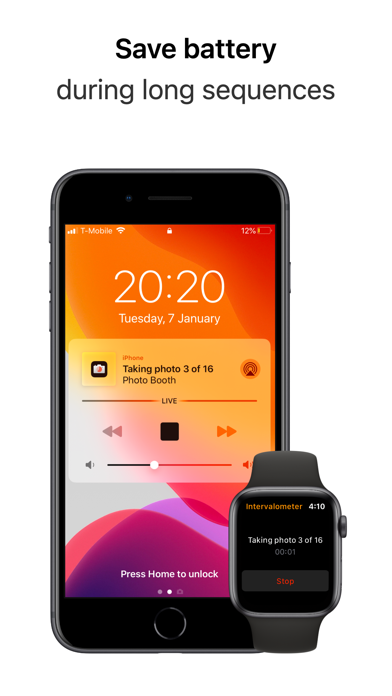 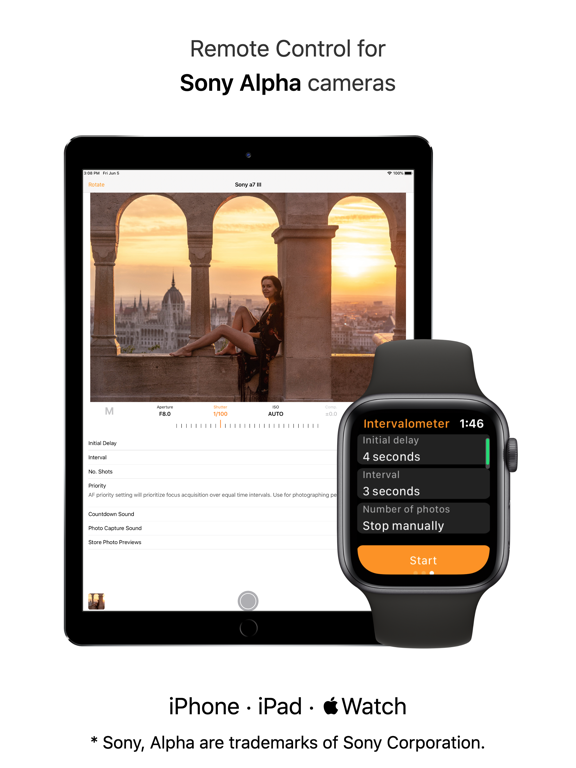 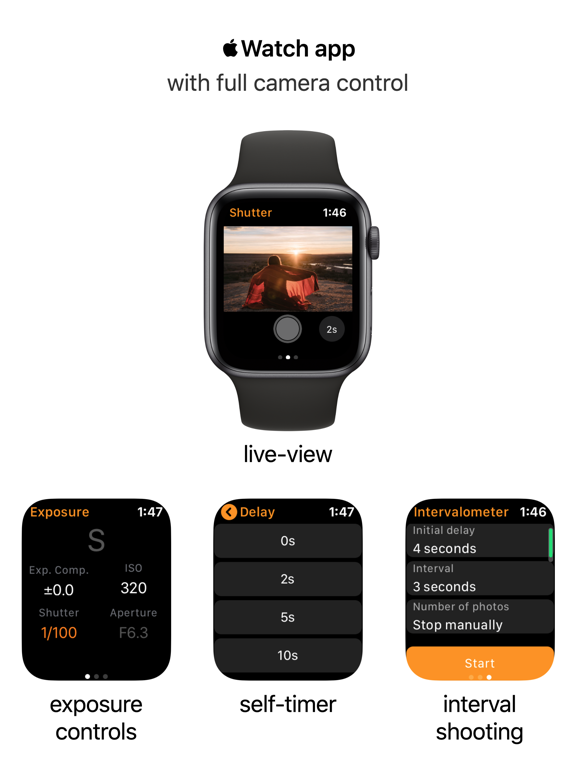 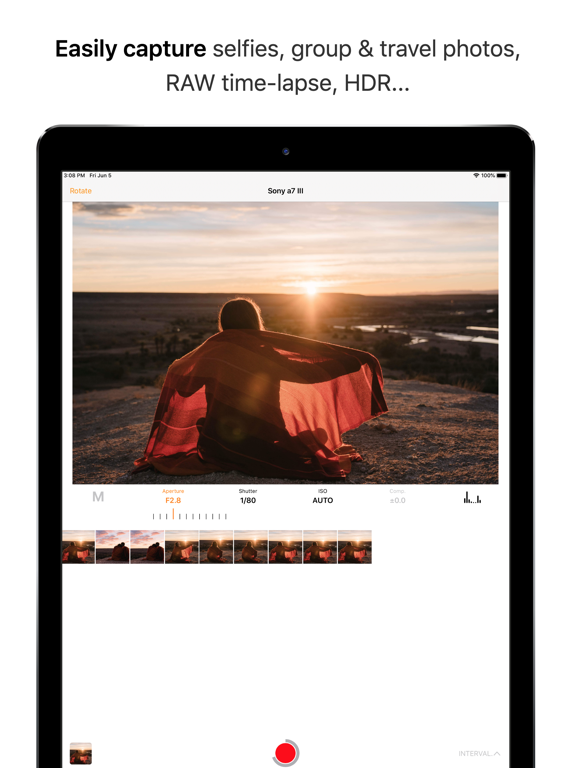 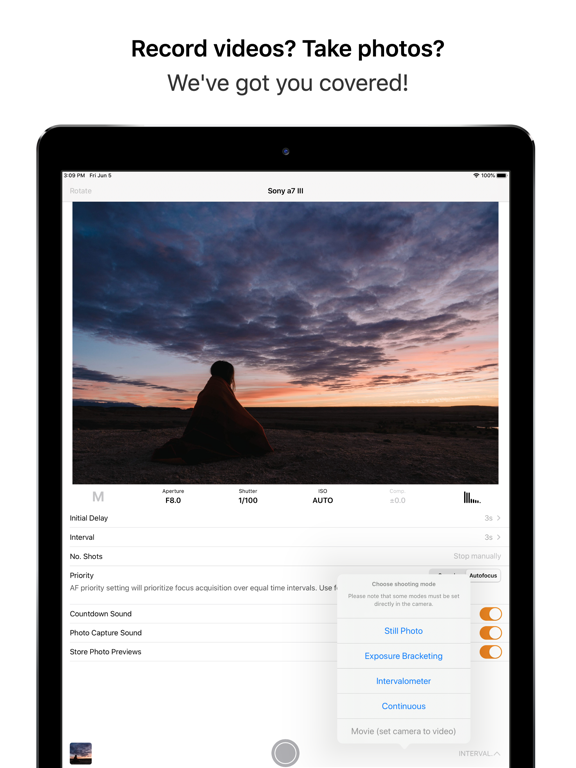 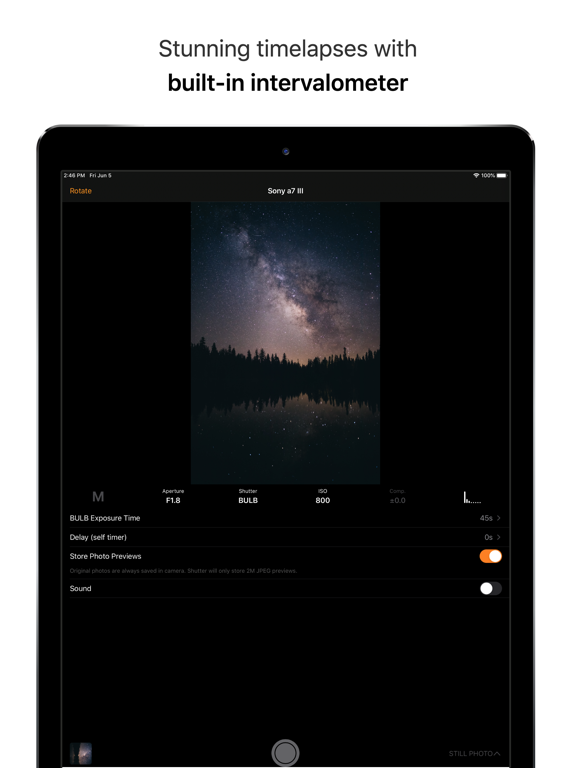 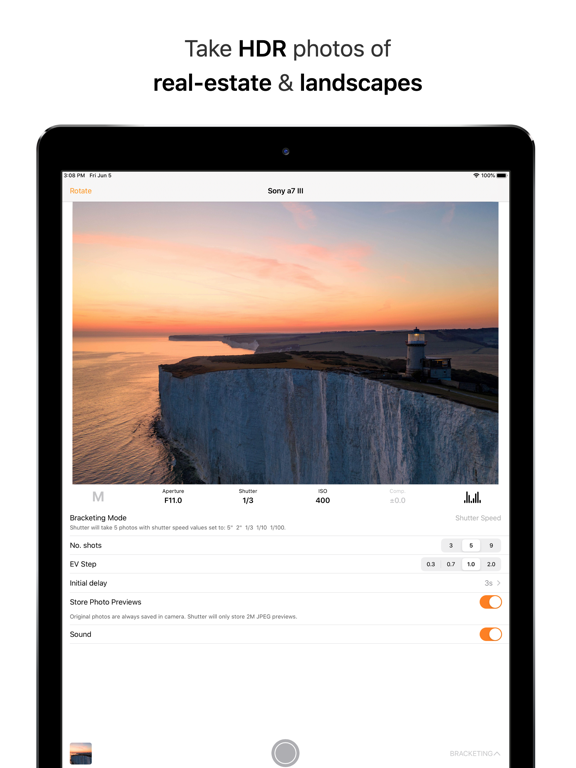 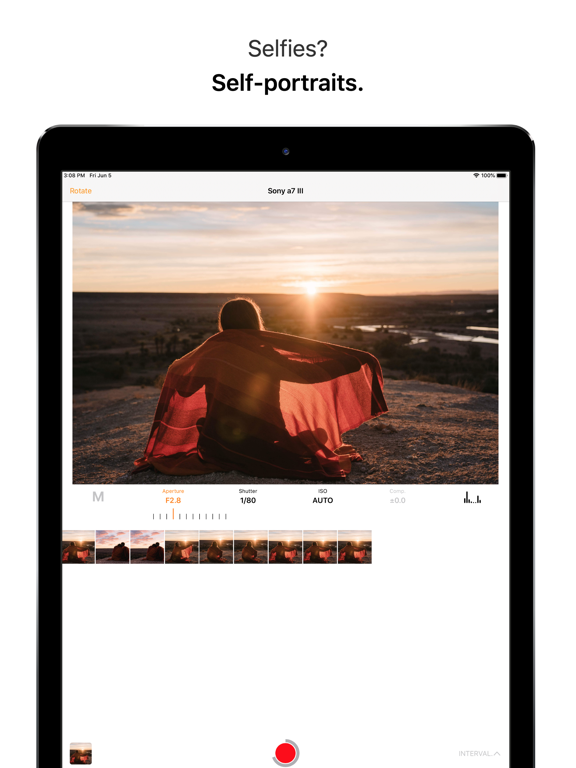 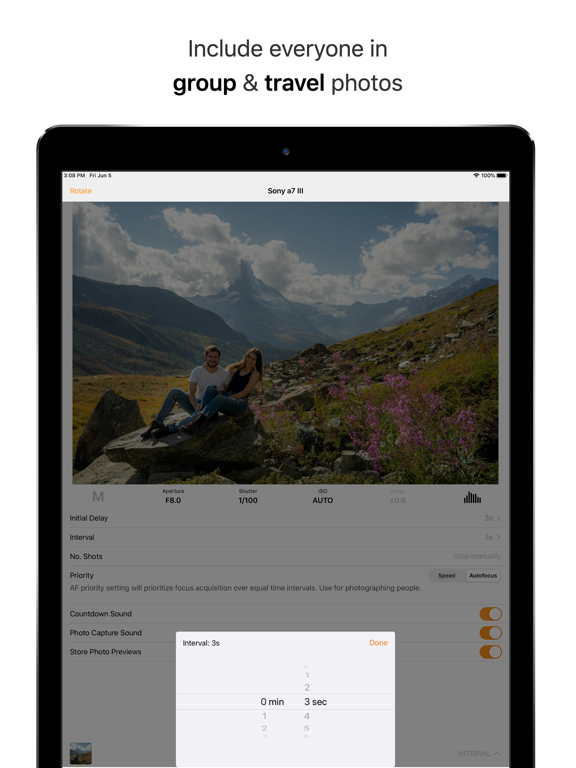 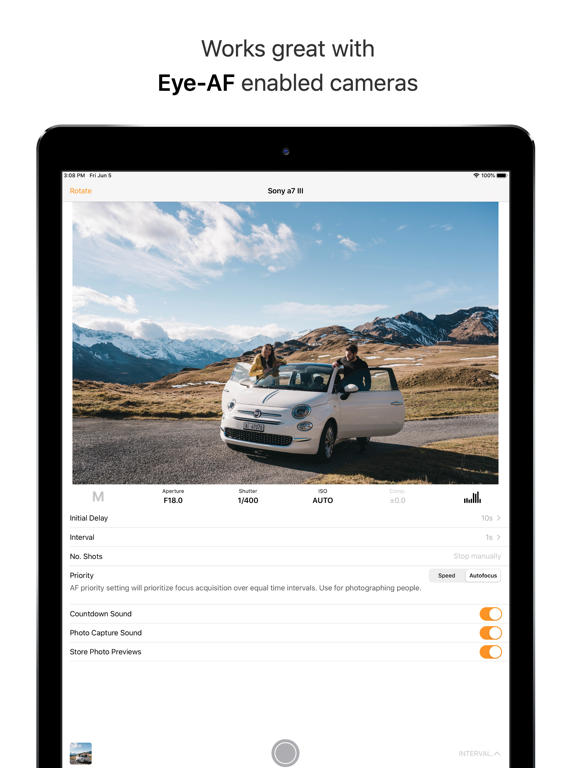 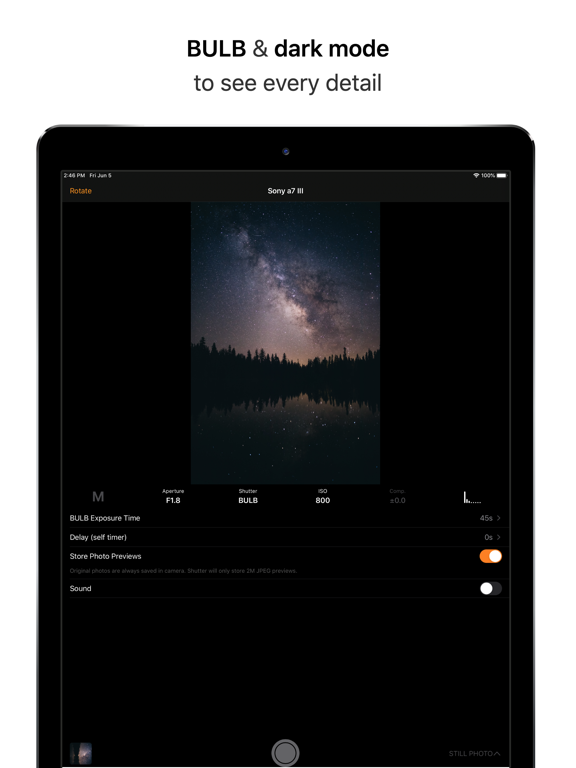 Easily capture photos with Sony Alpha and Cyber-shot cameras (see a list of supported models at the end of this description.) Shutter comes with a full-featured Apple Watch app.

Shutter’s timer allows you to specify an initial delay and intervals between photos. You can control waiting sound during the countdown, and photo capture sound when the self-timer triggers.

With the help of intervalometer, you can get rid of a dedicated cable release. Capture RAW photos and use your regular RAW developer and video editor to put together incredible time-lapse movies.

FAMILY AND GROUP PHOTOS WITH THE PHOTOGRAPHER INCLUDED

With timer app you can finally include everyone in family and group photos. Set up timer and allow it to capture multiple frames at one run. Timer sounds will make sure everyone smiles at the exactly right moment.

Ever been to a perfect travel destination with no one around to take a picture of you? Strangers cutting off your limbs? With our intervalometer, you can capture those sunrises and sunsets in the most remote locations.

Shutter’s optimized battery usage allows you to enjoy the day to the fullest.

With the recent Eye-AF update for 3rd generation cameras, our remote controller can always focus on the eye. You’ve never had selfies and group photos this sharp!

Use exposure bracketing to easily capture multiple exposures of the same scene. Recover all shadow and highlight details in post-production.

By combining (“stacking”) multiple photos with the same composition, you can drastically reduce camera noise in post-production. Use Shutter to catch multiple exposures of the night sky. This will allow you to produce stunningly clear images of the Milky Way and Northern Lights (aurora borealis).

No one better understands your Instagram business than yourself. Compose perfect shots and improve your Instagram engagements. With Shutter’s timer you can take as many photos as you want without hubby’s bored face. Your Sony camera will take care of the rest, giving you the sharpest and most flattering pictures!