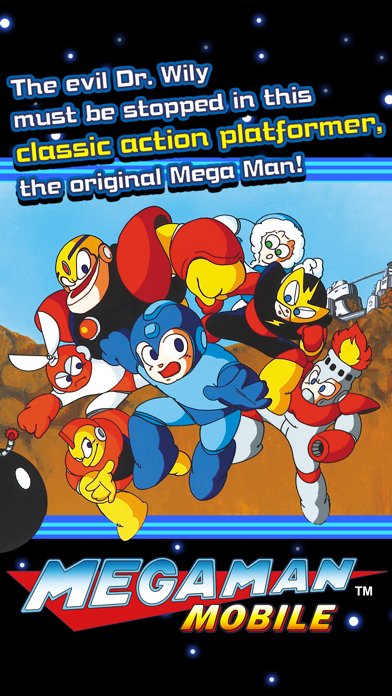 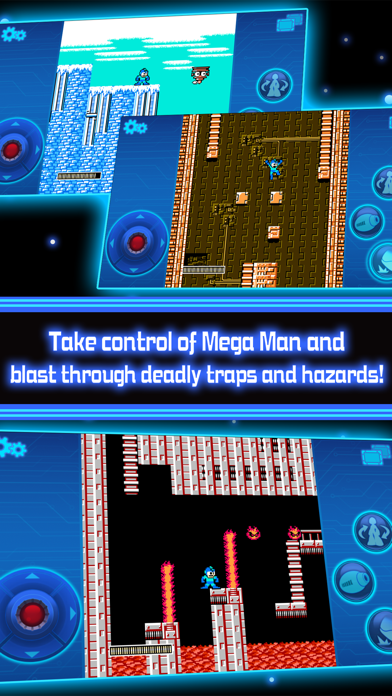 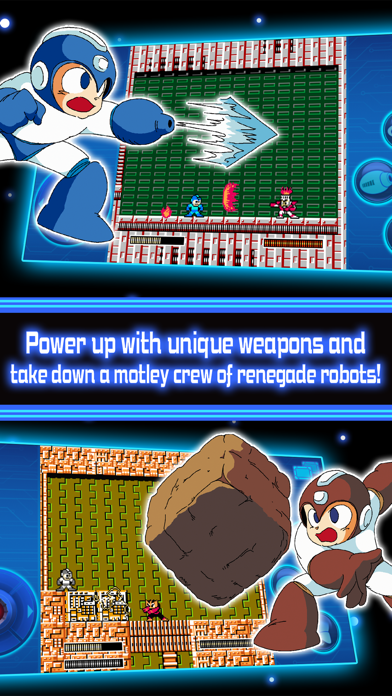 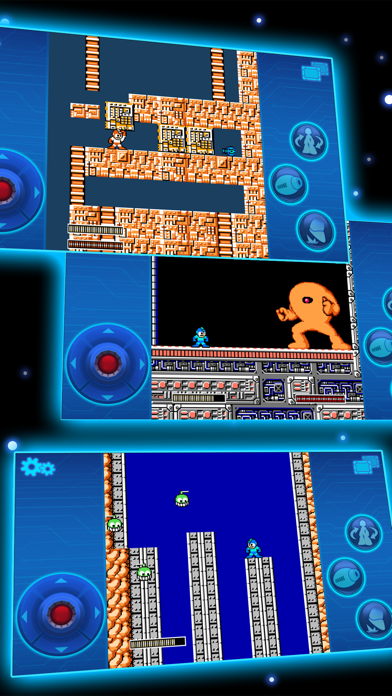 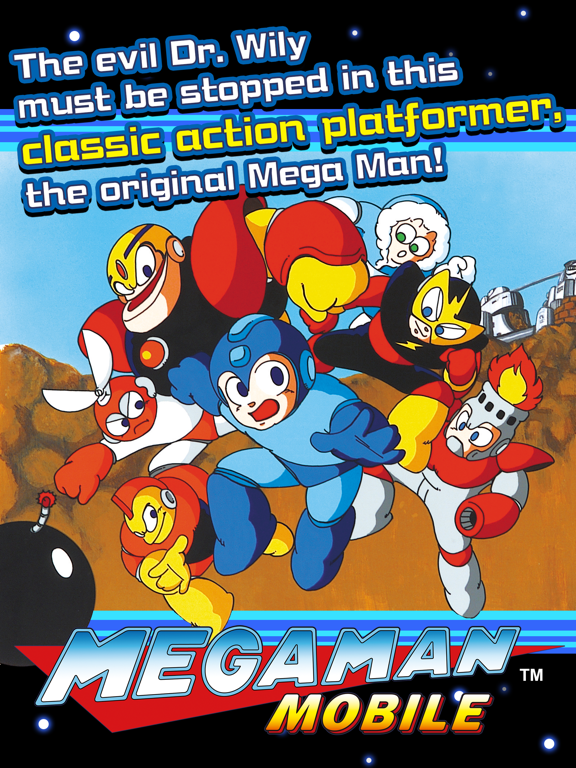 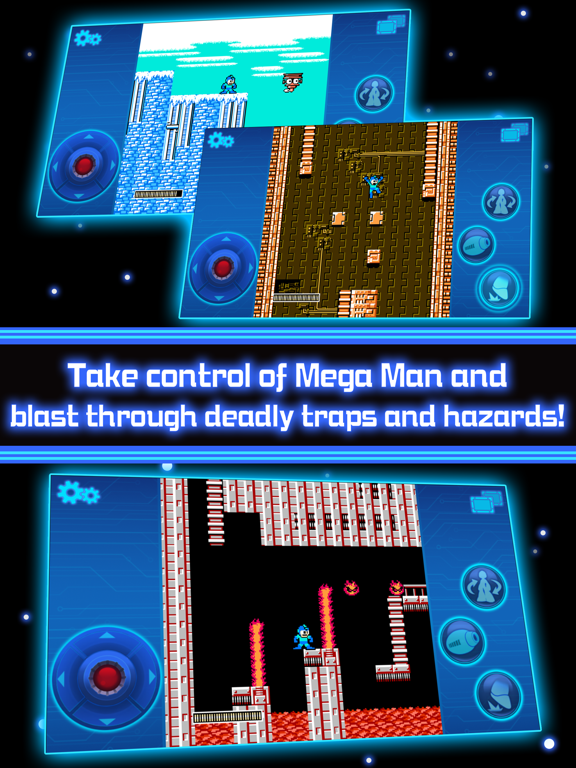 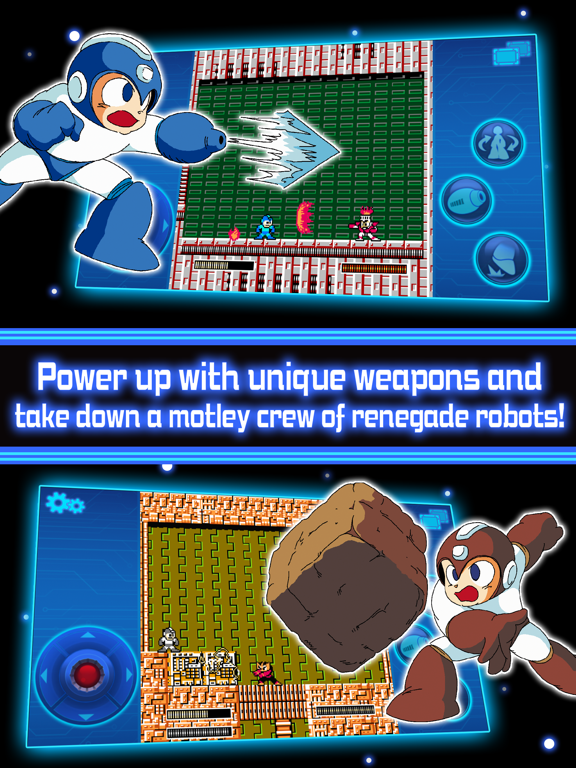 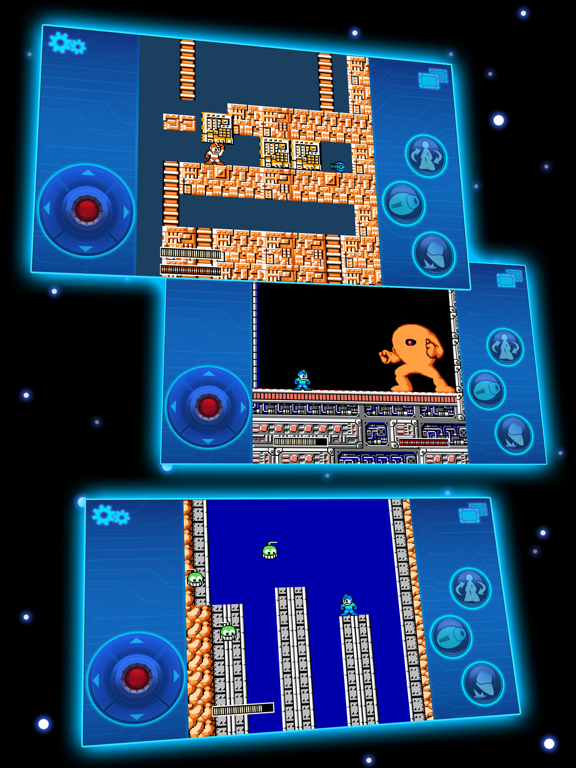 Play a piece of gaming history with the original Mega Man, the action-packed classic platformer!

In the year 200X, six robots created by master roboticist Dr. Light are tampered with by the evil genius Dr. Wily, and go on a destructive rampage!
Only one robot remains who can put a stop to Wily’s plans and restore world peace: the heroic Mega Man.

◆What is Mega Man?

The original Mega Man captivated users at the time of its release
with its challenging gameplay and innovative concept of taking
the weapons from your enemies, then using them to exploit weaknesses in the bad guys yet to come.

◆Modes
This version features a choice of two difficulty modes.

・Normal Mode
Unlimited continues.
The continue screen is displayed whenever Mega Man dies.
Selecting continue allows you to restart from the last
checkpoint you passed in the current stage.

・Hard Mode
This challenging mode limits your number of continues,
and enemy attacks deal more damage.
There are also fewer checkpoints within stages.

◆Options
The following settings can be adjusted in-game.

・Sound
Increase the number to raise the volume.

・Vibration
Set to “On” to have your device vibrate when Mega Man takes damage.
(Default setting: On)
Note: This option will not be displayed on devices with no vibration function.

・Speed
Choose between Normal and High to adjust gameplay speed.

◆Gameplay Tips
Search Elec Man’s stage for the Magnet Beam, which lets you place platforms wherever you like!

To access the Magnet Beam, you’ll need to defeat Guts Man and get his weapon, or defeat Elec Man and play through the stage again with his weapon.