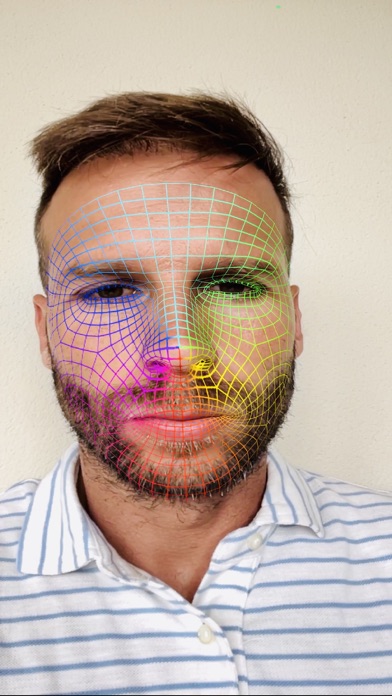 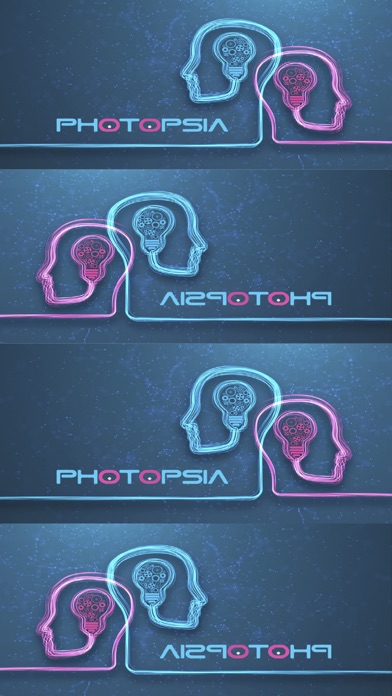 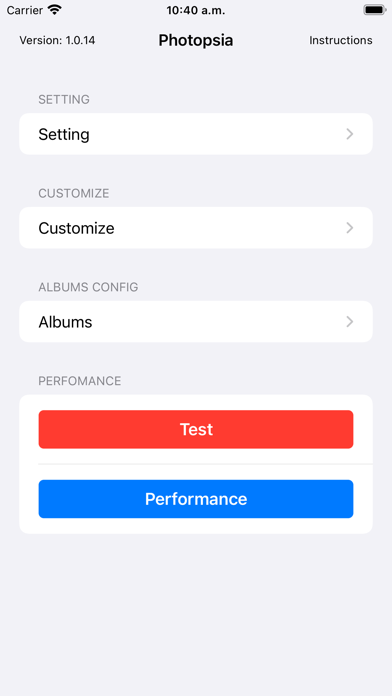 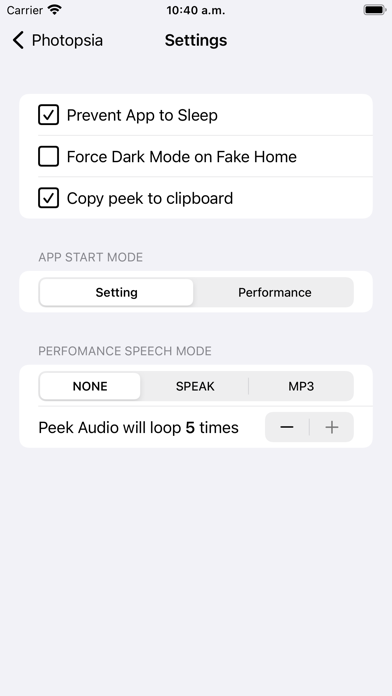 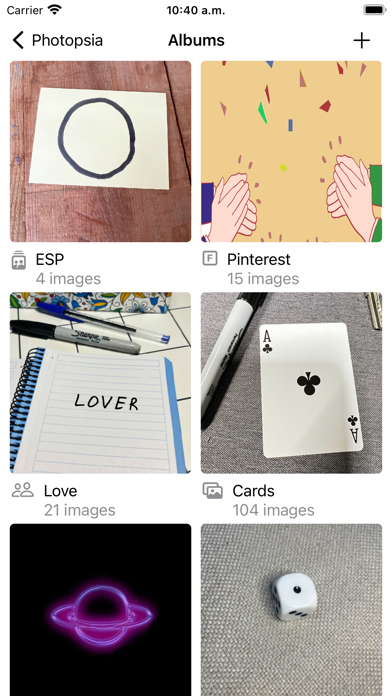 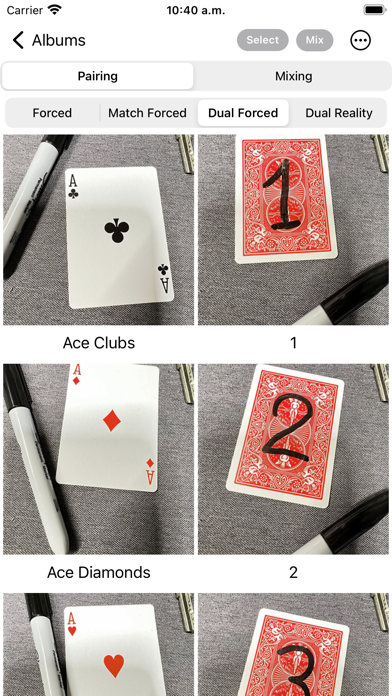 The most sophisticated app using a technology never used before in any other magic app
Opening a world of possibilities.

Best forcing system and mind reading in an organic app.

Magician and spectator say nothing, never touch the screen , no gestures or signs. The spectator just by looking at a slideshow and you can guess or force several images in the same performance while you have your back to the audience. “ True mentalism”

—NO INTERNET connection needed.
—Intuitive and super easy to learn and perform.
—Fully customizable, create your own photo album and share it with other users.

Impossible right? what the spectator doesn’t know and will never suspect is that while watching a slideshow from the iphone photo gallery, Photopsia app is analyzing their face, detecting when the spectator closes or opens their eyes, ruling out blinking.

Here are some features where you can create your own routines:

Forced feature
With this feature you will be able to force one or several items (image). In the case of not adding any image as force, you will only be able to do the peek. ( guessing the last image the spectator saw by closing their eyes to focus on the details of that image)

When the spectator closes his eyes Photopsia app recognizes the image that is displayed just at the moment of closing his eyes.

When the Spectator opens his eyes, the image selected in the settings will be shown as forced, this can be repeated with one or more images from the same album and even without leaving the performance, choose another album to perform the same or another effect.

It is often used as a match between two spectator

First spectator select freely an item (when eyes close) to automatically become the force item when the second spectator ( parnet) open the eye.