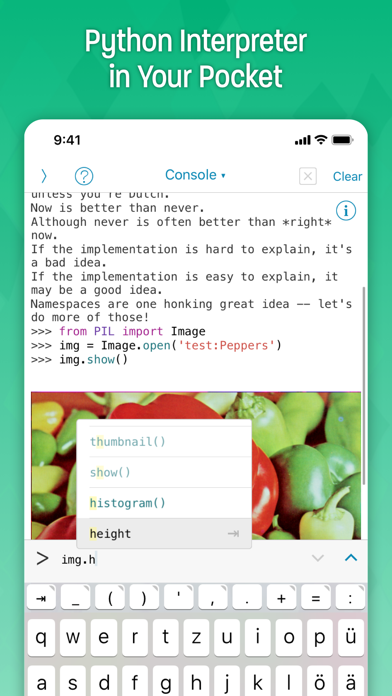 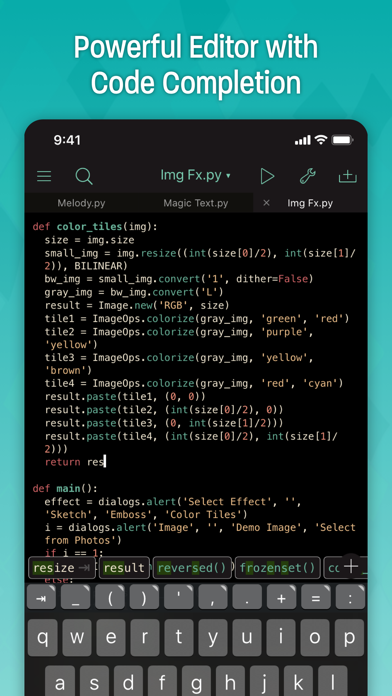 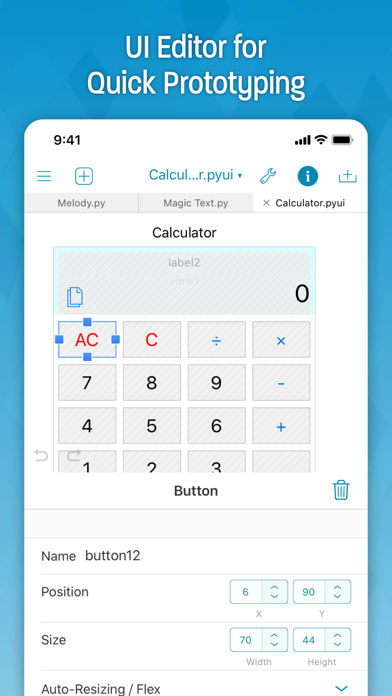 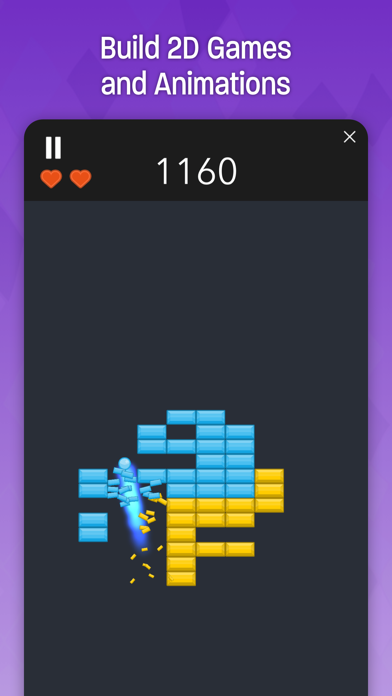 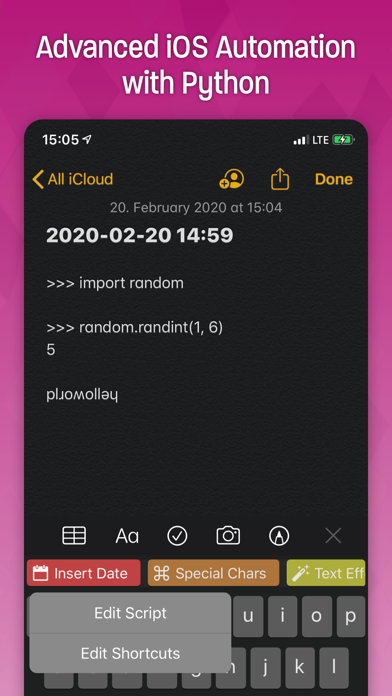 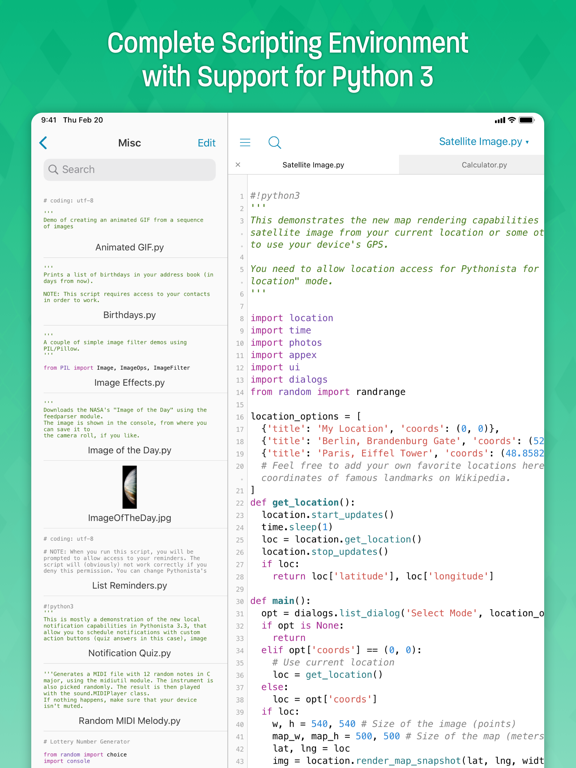 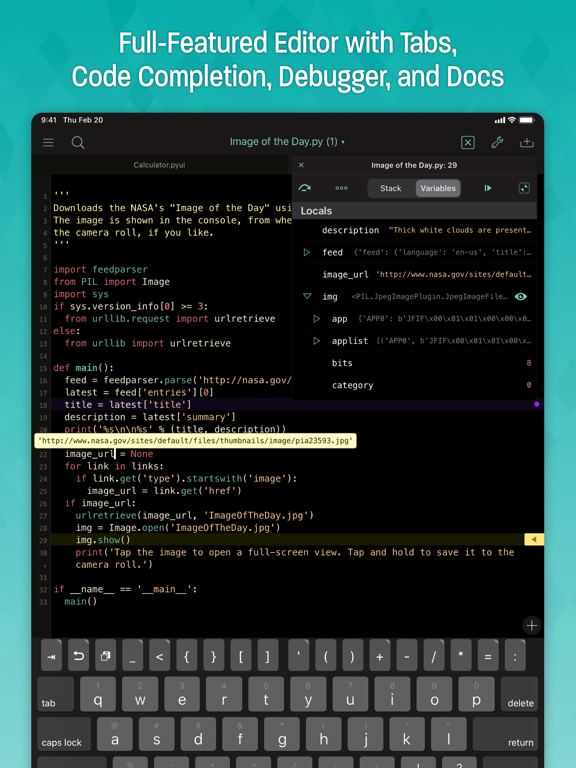 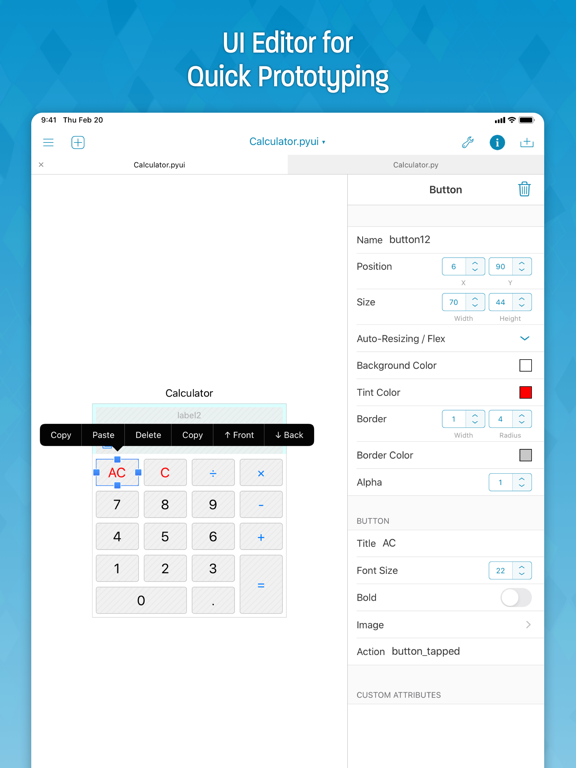 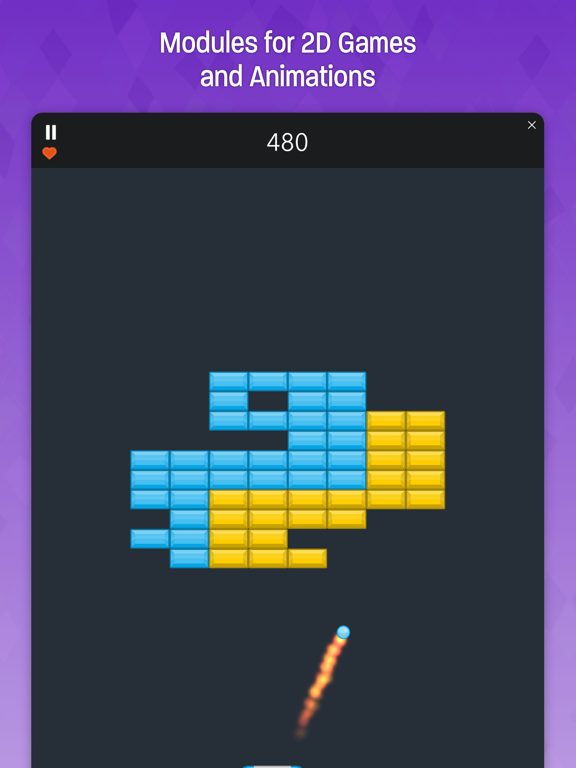 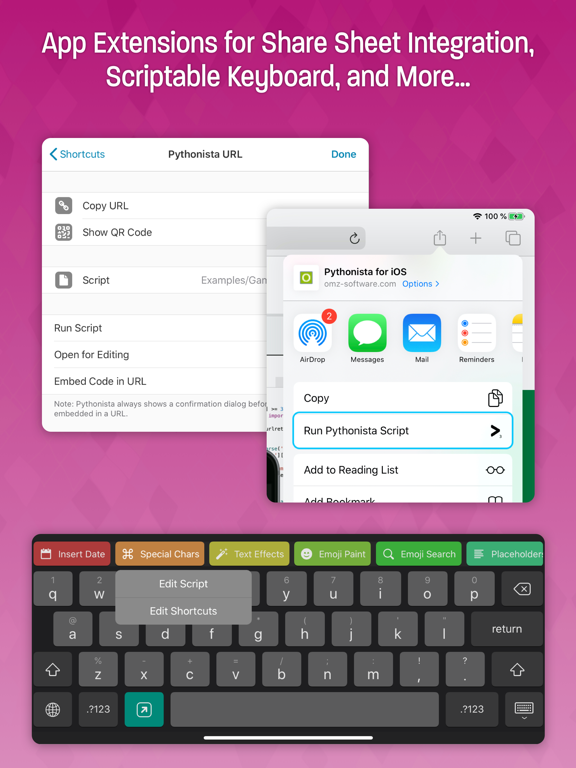 Pythonista is a complete scripting environment for Python, running directly on your iPad or iPhone. It includes support for both Python 3.6 and 2.7, so you can use all the language improvements in Python 3, while still having 2.7 available for backwards compatibility.

In true Python fashion, batteries are included – from popular third-party modules like requests, numpy, matplotlib, and many more, to modules that are tailor-made for iOS. You can write scripts that access sensor and location data, your photo library, contacts, reminders, the clipboard, and much more.

Apart from learning and practicing Python, you can also use Pythonista to automate parts of iOS with app extensions, e.g. to invoke scripts directly from the standard share sheet in almost any app.

The name “Pythonista” is used with kind permission of the Python Software Foundation.

Please note that Pythonista is not designed to enable the installation or download of additional native modules, and it does *not* include the SciPy stack (just parts of it).

• Support for dark mode on iOS 13 – you can now select separate themes for light/dark mode, and Pythonista will switch automatically between them. Switching between themes is also a bit faster now.

• New custom keyboard (“PyKeys”) for running scripts in any app with text input. Have a look at the sample scripts in the Examples/Keyboard folder for some ideas of what you can do with this.

• The outline (list of functions) in the editor can now be filtered — just start typing if the keyboard is already active, or drag down the list to reveal the filter text field. The filter supports fuzzy matching, and you can enter line numbers as well.

• Unified UI (and documentation) for creating script shortcuts in various places of iOS (“Shortcuts” option in the “wrench” menu).

• New URL generator for easier inter-app automation (you can also use this with the Shortcuts app, but full Shortcuts support will come later).

• Support for opening external folders using the system’s file picker on iOS 13 (this was possible on iOS 12, but not easily discoverable).

• New “on device” option for speech recognition in the `speech` module (please note that this can be very slow though!)

• Console history is now persistent (you can clear it by tapping and holding the `^` button).

Thanks for reading, and thanks for your patience with this release. It’s not everything I’d like it to be (hello, Shortcuts app!), but there are still many new things to discover, and I hope you have a lot of fun with it!