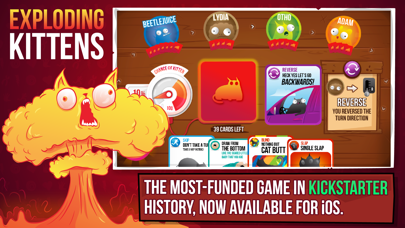 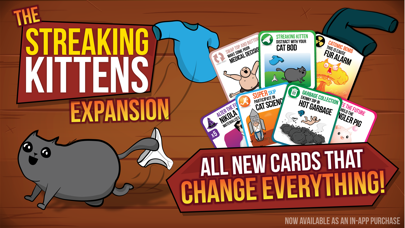 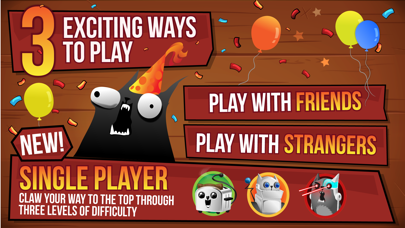 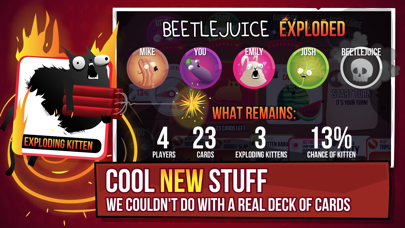 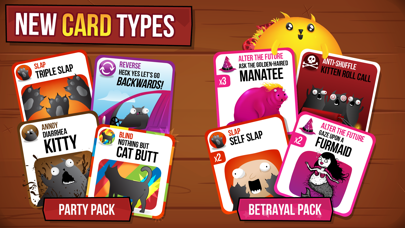 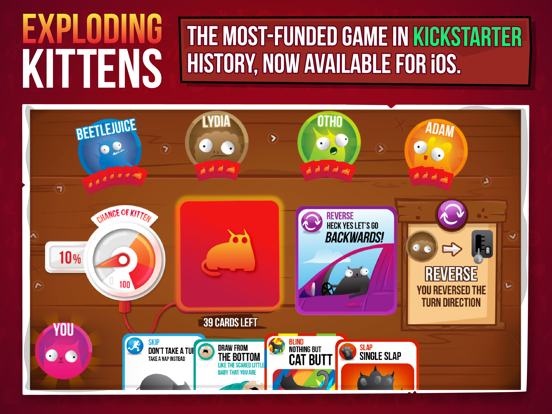 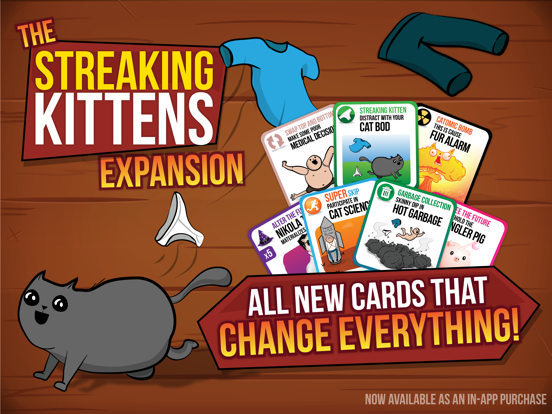 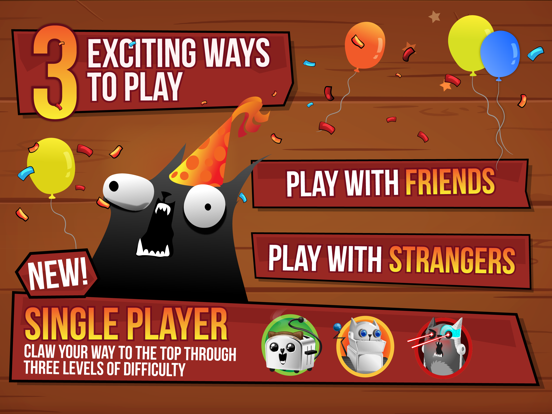 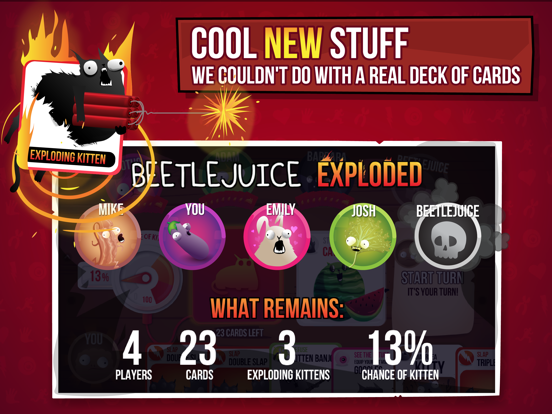 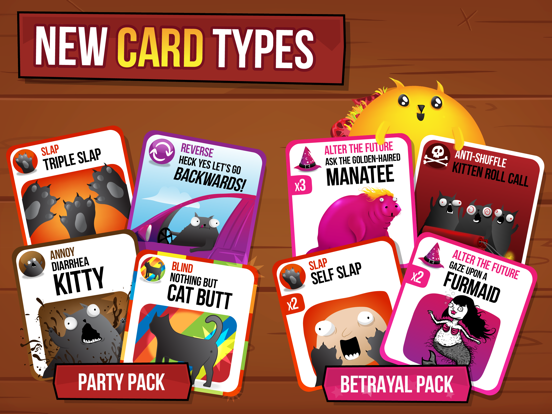 The mobile version of the game is available now, including the Party Pack, Betrayal, Streaking Kittens, and the all new Barking Kittens expansion! Play with friends or strangers in online play, challenge the AI, or play offline with friends face-to-face!

In this highly-strategic, kitty-powered version of Russian Roulette, players draw cards until someone draws an Exploding Kitten, at which point they explode, they are dead, and they are out of t​he game — unless that player has a Defuse card, which can defuse the Kitten using things like laser pointers, belly rubs, and catnip sandwiches. All of the other cards in the deck are used to move, mitigate, or avoid the Exploding Kittens.

– Exploding Kittens is a multiplayer card game for people who are into kittens and explosions and laser beams and sometimes goats.

– Play with 2 to 5 players across multiple phones in the same room, or online with friends or strangers

– Featuring original art by The Oatmeal

– New cards exclusive to the digital version of Exploding Kittens

– Digital versions of the hit expansions, including Streaking and Barking Kittens, as well as digital exclusive Betrayal and Party decks

– The digital version of the most backed game in Kickstarter history

Exploding Kittens is a paid app in which optional game features may be purchased with real money. You must be at least 13 years old to download and play. There is also an option to compete online against strangers and resulting data transfer charges may apply. Player usernames and expressions are their own. Exploding Kittens, LLC is not responsible for and does not endorse player usernames or expressions. For our privacy policy, visit www.explodingkittens.com/privacy.