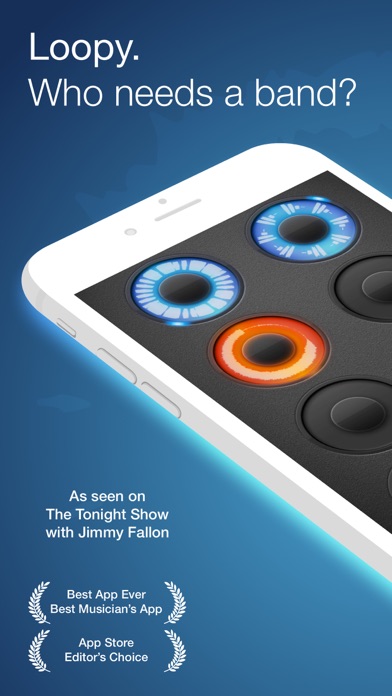 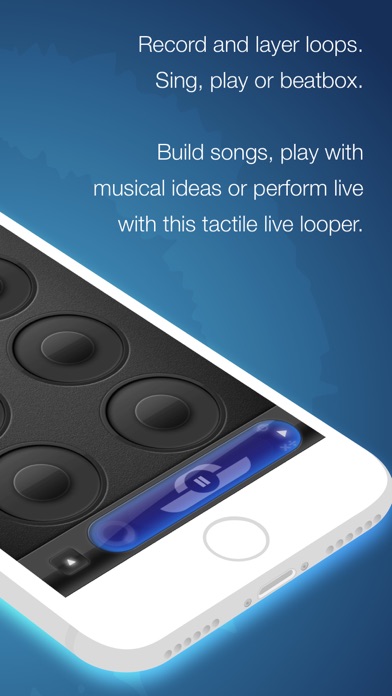 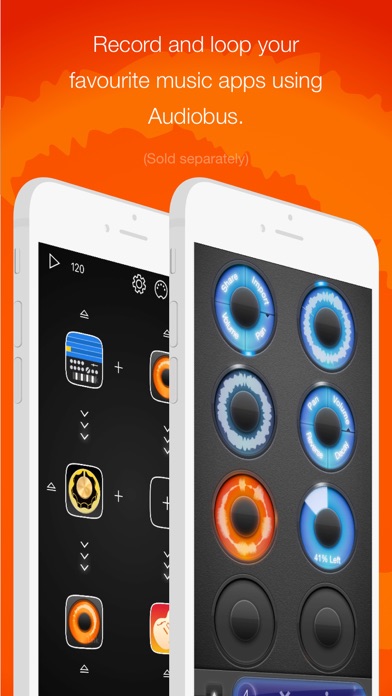 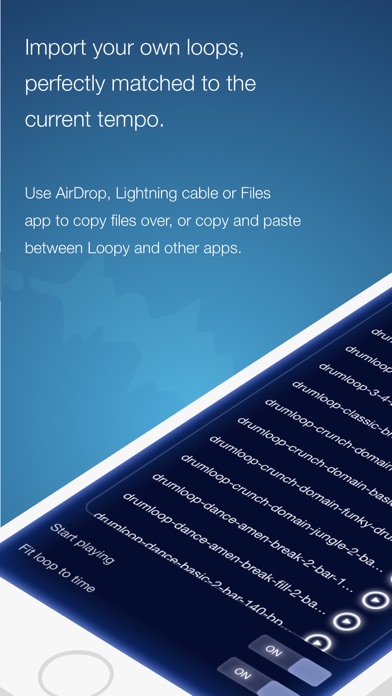 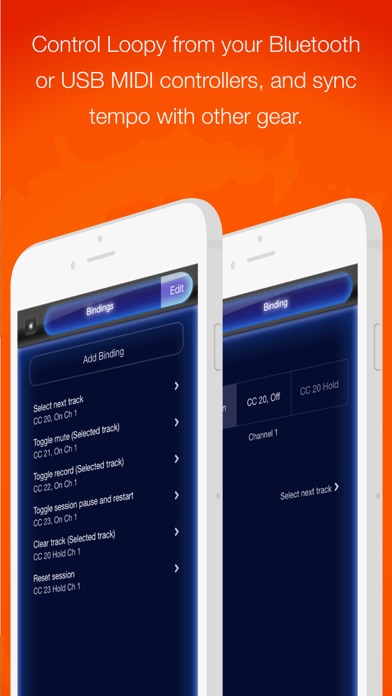 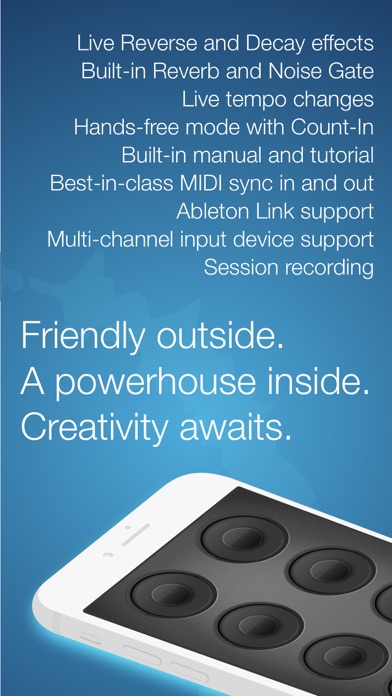 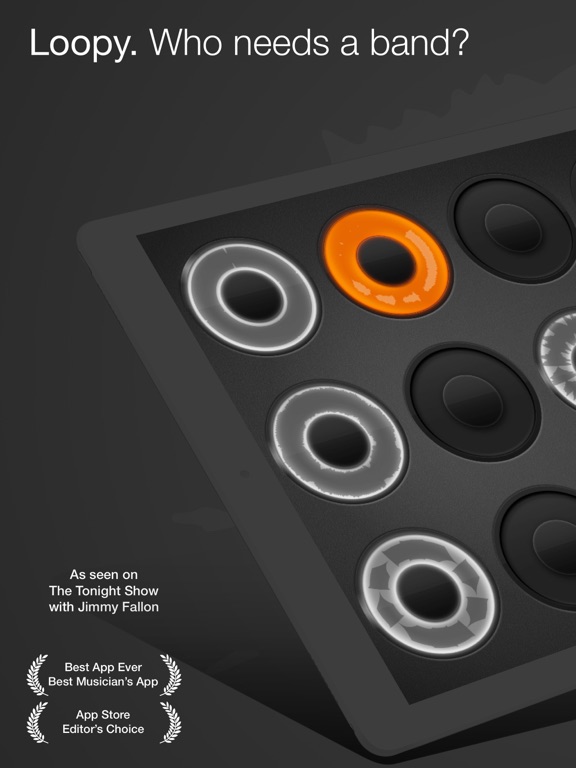 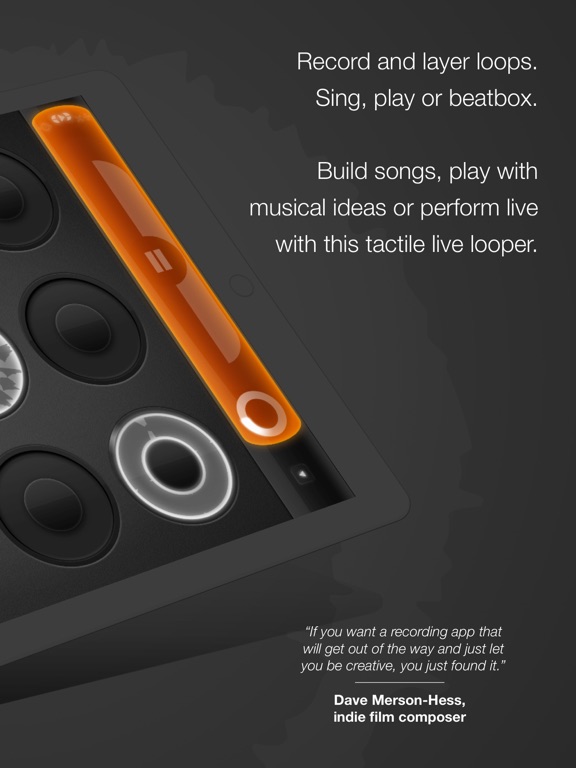 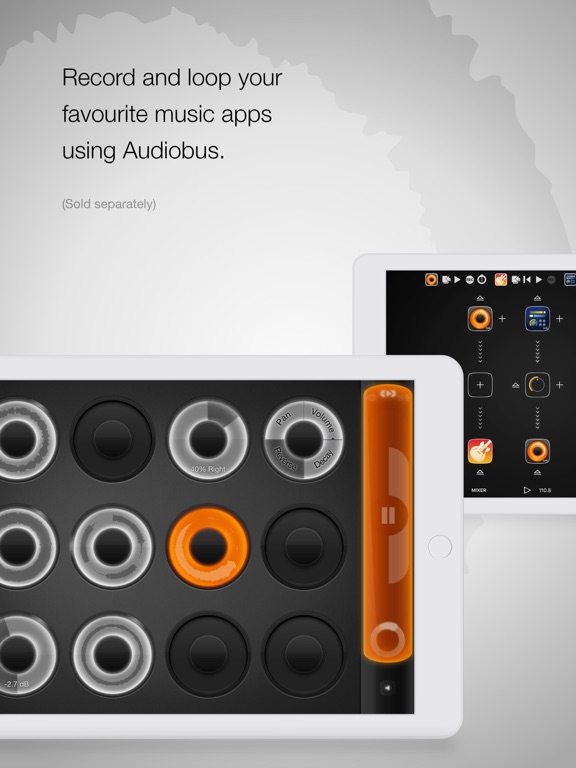 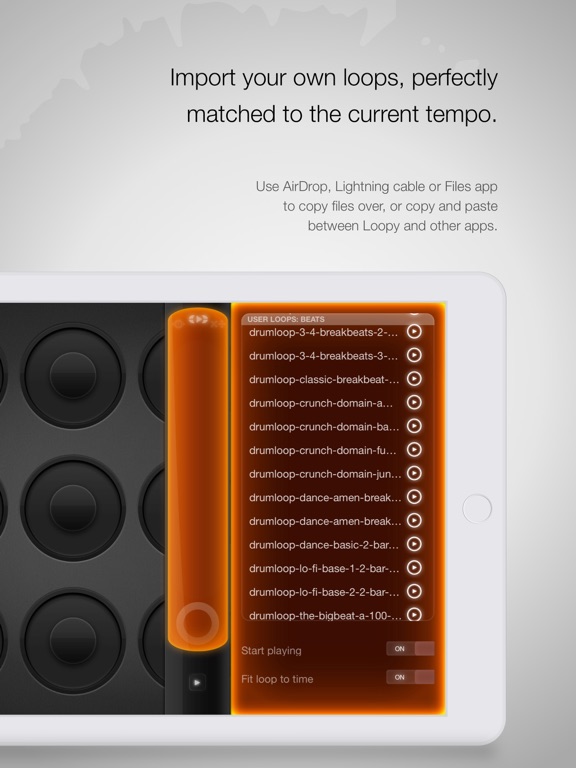 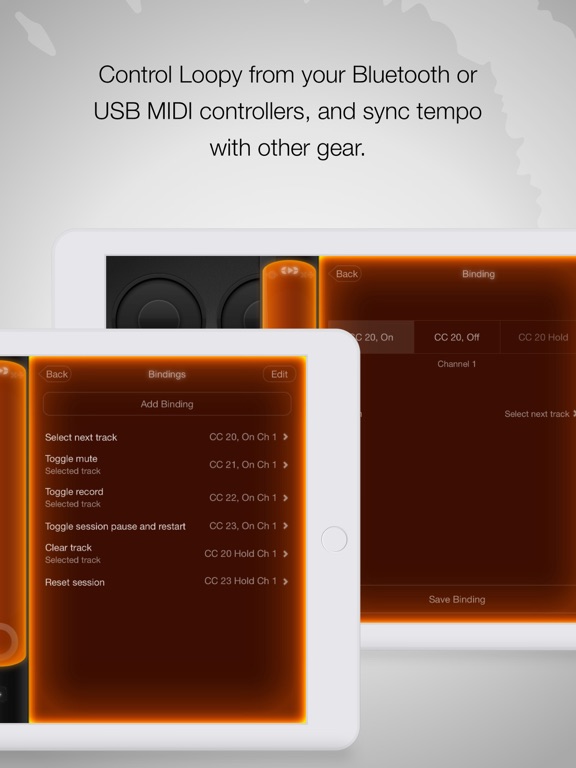 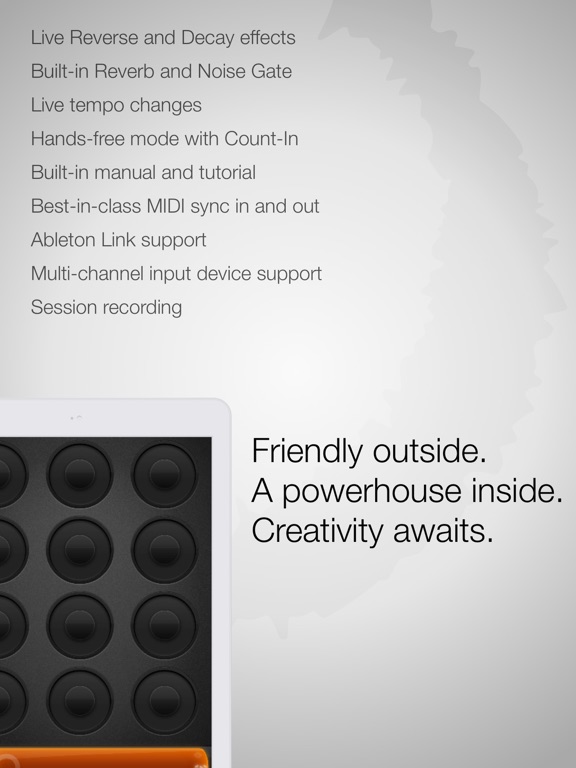 As seen on The Tonight Show Starring Jimmy Fallon — Create music with Loopy HD by layering looped recordings of singing, beatboxing, or playing an instrument with a savvy, sophisticated, tactile looper that totally reinvents the formula.

— “This is the best loop station on the iPhone” — Dub FX (dubfx.net)
— “I pretty much own every mobile looper out there and Loopy is HANDS DOWN the best. Super simple interface with powerful features.” — J. Alan Meier
— “If you want a recording app that will get out of the way and just let you be creative, you just found it.” — Dave Merson-Hess, indie film composer
— “Loopy 2 is by far the best looper for the iPhone we’ve seen to date” — iOS Recording

Compatible with the Audiobus app: Record and loop live audio directly from other Audiobus-compatible apps!

While other music creation apps tend to be either powerful but difficult to learn, or easy to use but limited in features, Loopy doesn’t compromise. Loopy offers a sleek, expressive, instantly understandable interface that beginners can start using effectively straight away. It’s fun, right from the start.

More advanced users, however, will not be disappointed by Loopy’s rich feature set, with extra features many other loopers just don’t have. Plus, a sophisticated interactive tutorial system lets users discover Loopy’s more advanced features at their own pace.

– Six, nine, or twelve beautifully rendered circular loops, with simple yet powerful controls.
– Count-in, count-out and record chaining lets you keep your hands free to play an instrument.
– MIDI control, to control Loopy via foot pedal or other controller.
– Overdub, to build beautiful, complex soundscapes from many layers.
– Support for tracks of any multiple or fraction of a beat, for flexible and expressive looping.
– Sophisticated audio or visual metronome to keep you in time – no matter what time signature you choose.
– Perfectly synchronized, low latency audio engine.
– Robust MIDI clock receive and send, and support for Ableton Link.

– Import loops from your computer via iTunes, with support for AIFF, WAV, MP3, M4A, CAF and more.
– Bring in audio from many other audio apps with integrated audio copy and paste.
– Imported loops are automatically fit to your beat, no matter what tempo.

– Full stereo audio, with pan controls for each track to create custom stereoscapes.
– Fix up timing by twisting tracks around to line up the beat, or make funky sound effects with dynamic time shifting.
– Drag a track onto another track to merge tracks, and clear up a space.
– Live, dynamic tempo adjustment to speed up or slow down your creations, without altering the pitch.
– MIDI clock sync, to play in time with other MIDI-capable devices or apps.

– Record whole performances with in-app session recording facilities.
– Upload performances or single loops straight to SoundCloud, and post to Twitter or Facebook.
– Email audio clips.
– Share audio with many other audio apps with audio copy and paste.
– Transfer loops or performances to your computer via iTunes.

Loopy is developed by one guy who loves making great apps, and who is dedicated to responsive development and support. Please contact me with questions, bug reports, feature ideas, and other feedback at [email protected] or https://forum.loopyapp.com. I may be able to fix your issue in less time than it would take to write a negative review!

Announcing the release of Loopy Pro: Loopy Pro takes the Loopy you know and introduces a ton of power, including a fully-customisable canvas, limitless grouping possibilities, sophisticated audio routing, AUv3 audio unit support, a built-in sequencer, and so, so much more.
Partage(s)
4.1/5 - (93 votes)