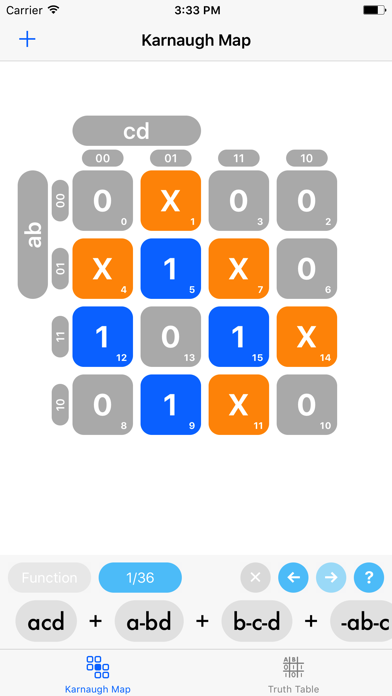 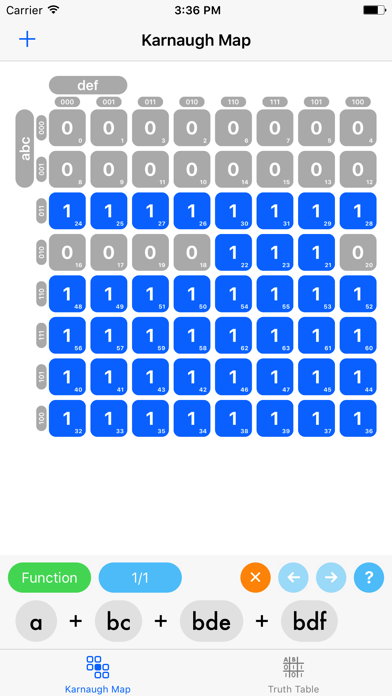 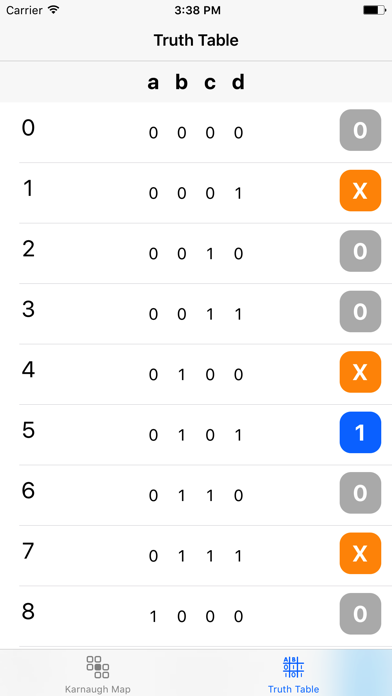 The Karnaugh map is a method to simplify Boolean algebra expressions.

In a Karnaugh map the boolean variables are transferred (generally from a truth table) and ordered according to the principles of Gray code in which only one variable changes in between adjacent squares.
Once the table is generated and the output possibilities are transcribed, the data is arranged into the largest possible groups containing 2n cells (n=0,1,2,3…) and the minterm is generated through the axiom laws of boolean algebra.

We have designed this application primarily to support students studying electronic engineering, although it is useful in other disciplines including computer science and mathematics.