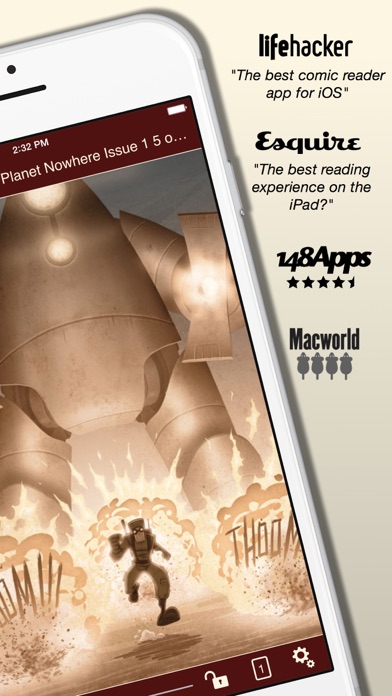 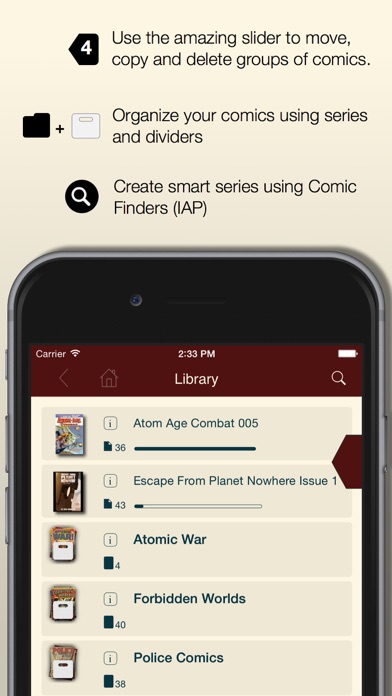 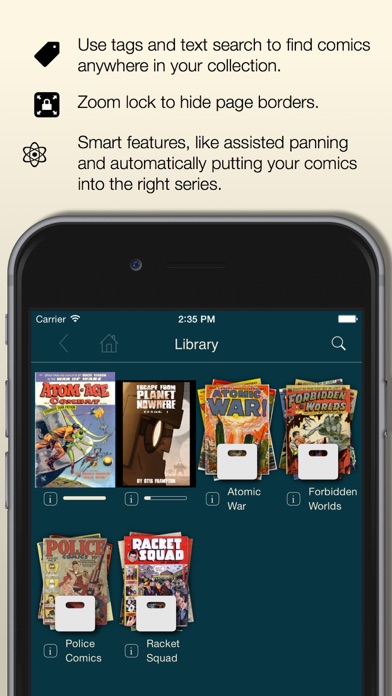 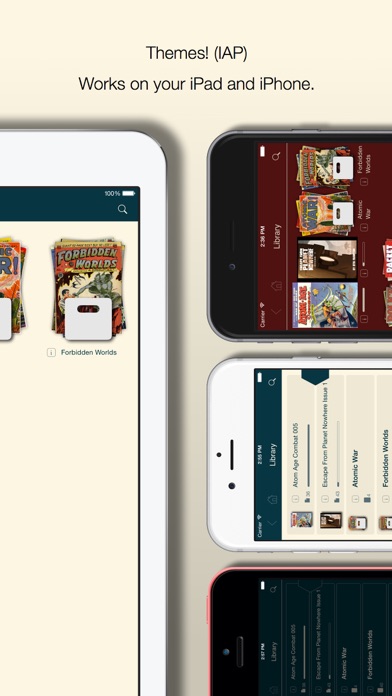 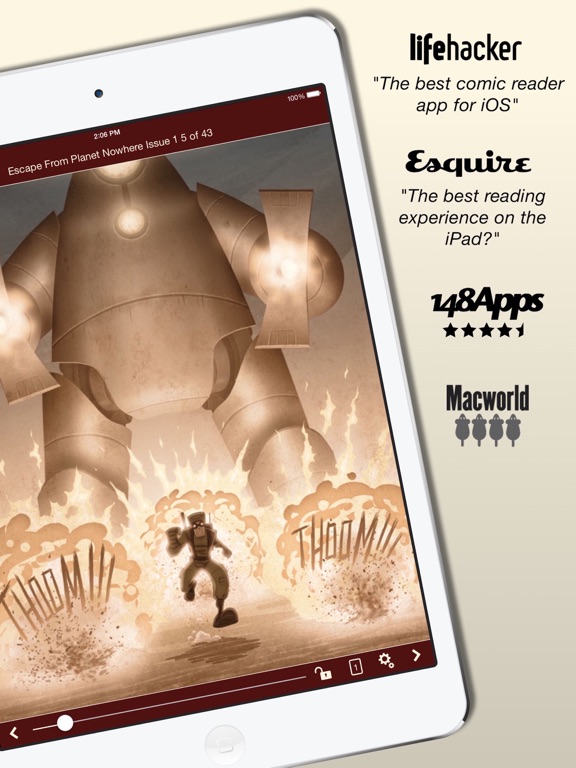 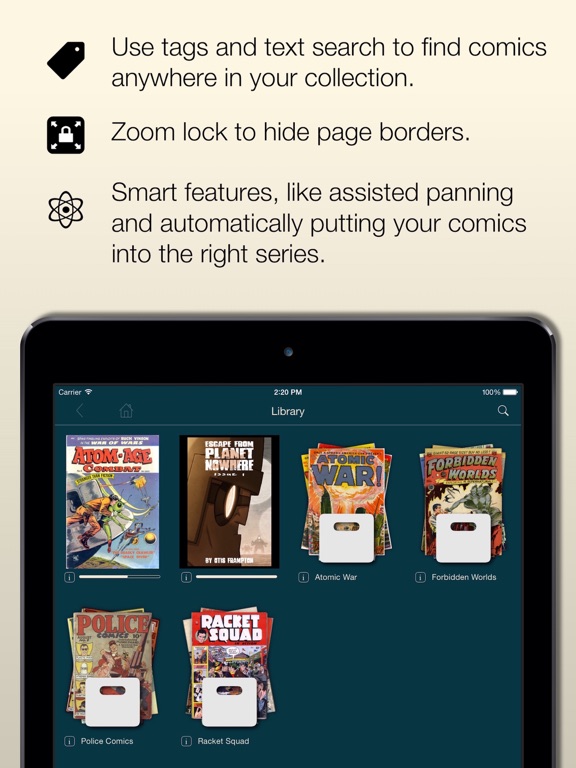 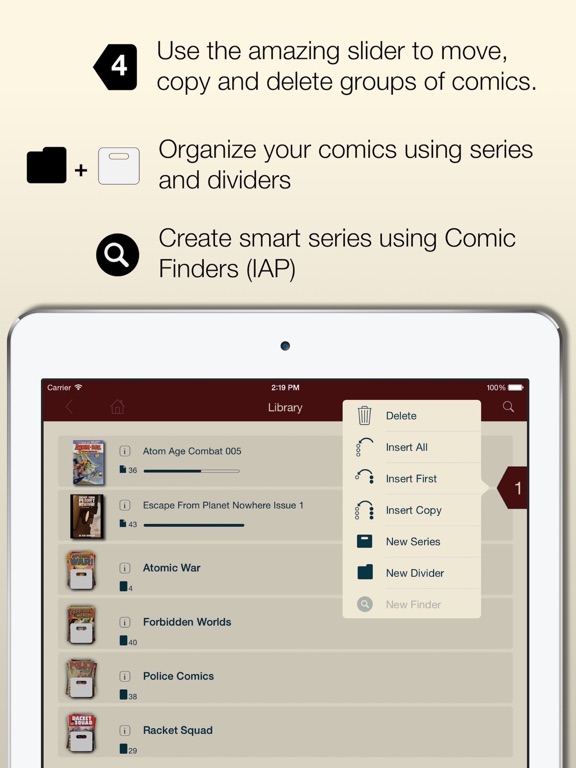 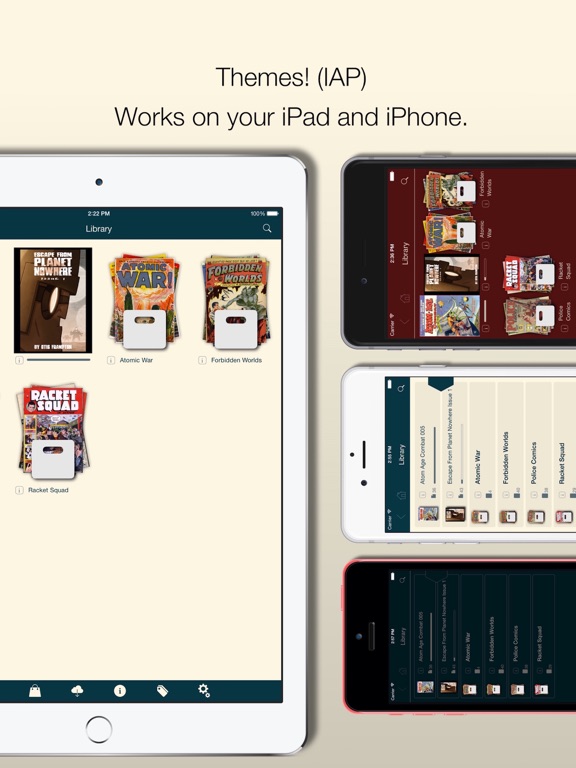 Do you want the most features? the best reading experience? Comic Zeal 9 has them both. It was the first comic reader in the App Store, it’s still the best.

• Organize your collection how YOU want. Put series inside series, use dividers to manage long lists.
• Automatically sorts comics into their series.
• Super fast reading view with two-page mode and assisted panning.
• Page position lock so you don’t see the same borders page after page.
• Does the right thing when you rotate your device, many comics have a mixture of portrait and landscape pages.
• Lightning fast search, by comic title and tags.
• Parental lock for individual series.

For a very reasonable price you can also unlock
• Comic Finders, create smart series that show you unread comics from all over your library.
• Seven new, gorgeous themes.

Comic Zeal features the innovative slider, it’s a pointer, a container and a toolbox, all in one. You can push stuff into it, then go anywhere in your collection and drag it out. It’s an incredibly fast way to organize your comics.

With the slider you can:

• Reorder comics, put them into the slider in the order you want them, then drag them out.
• Create reading lists (by making copies of comics that don’t take up any space on your device)
• Create series and dividers right in the app. Dividers are lists that can hold comics, series and even other dividers.

• Tap the ‘i’ info icon for comics, series and dividers. You can rename entries, sort a series or mark items as read or unread.
• When zooming, hold the gesture for half a second. Comic Zeal will lock that zoom and position when you turn the page, it’s a great way to hide borders.

Please note, there is a problem with Google Drive’s iOS extension that doesn’t allow you to open comic and other files that they consider to be ’non-standard’. You can read more about it here: https://goo.gl/EKVRbN and here https://goo.gl/XXYRQI . You can open Comics from the Google Drive app itself using the ‘Open in …’ option, just not directly from Comic Zeal.

One big change in this update and some bug fixes:

– Imports now happen completely in the background.
– Fixed a couple of crashing bugs.

Comics are imported super quick now, can you let me know if you need some kind of download queue display? @bitolithic on twitter.