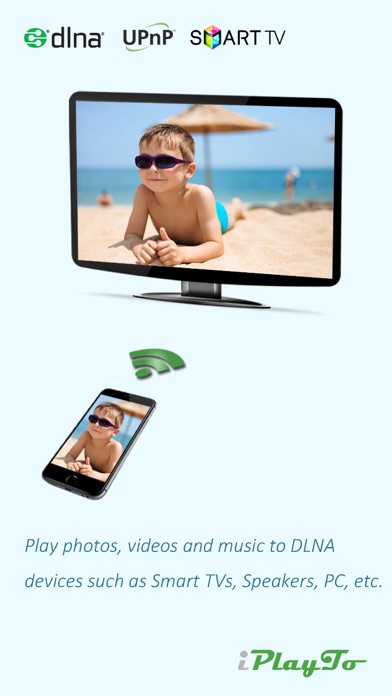 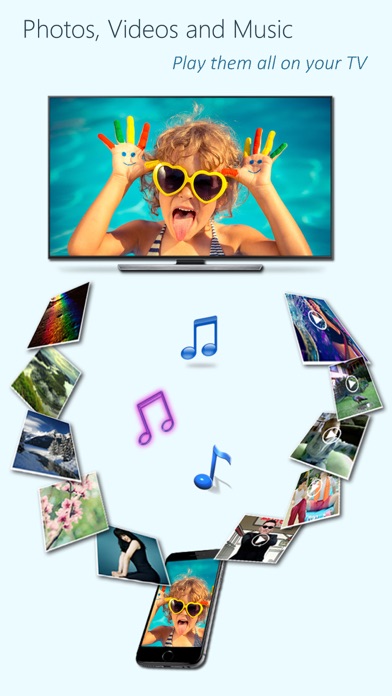 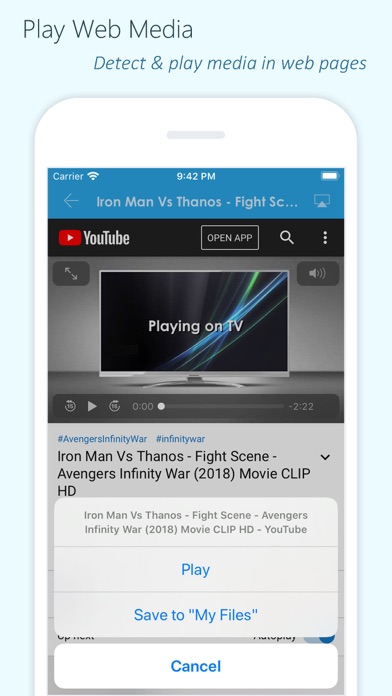 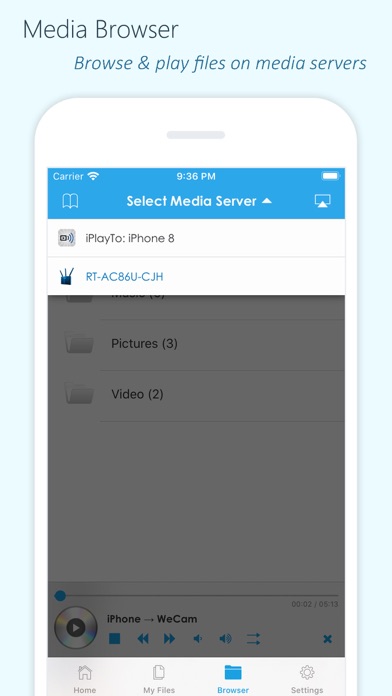 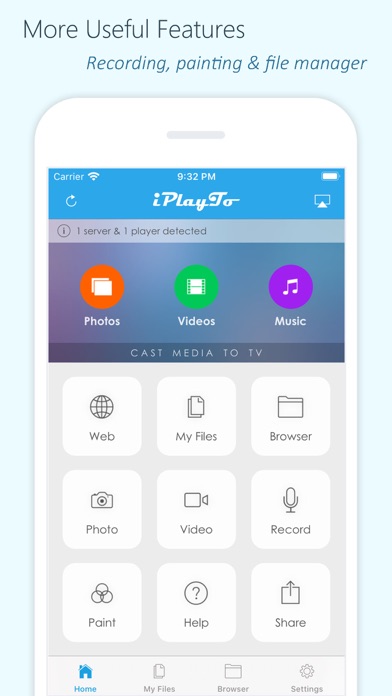 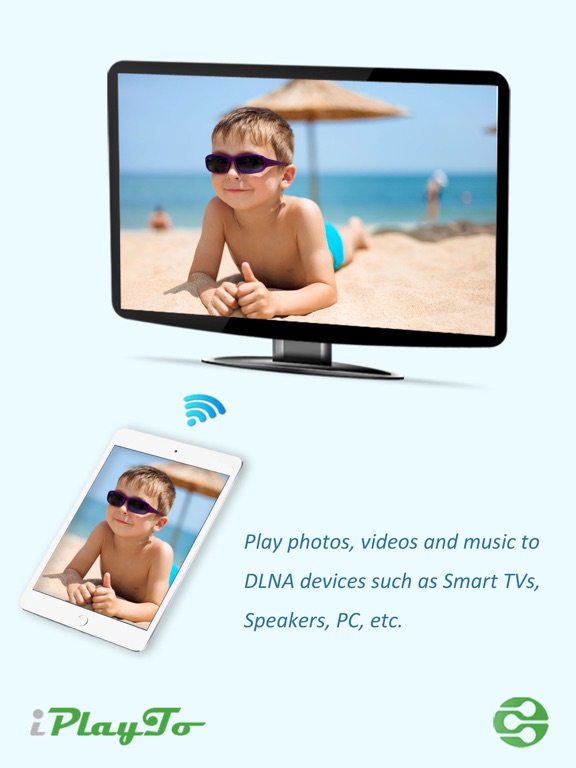 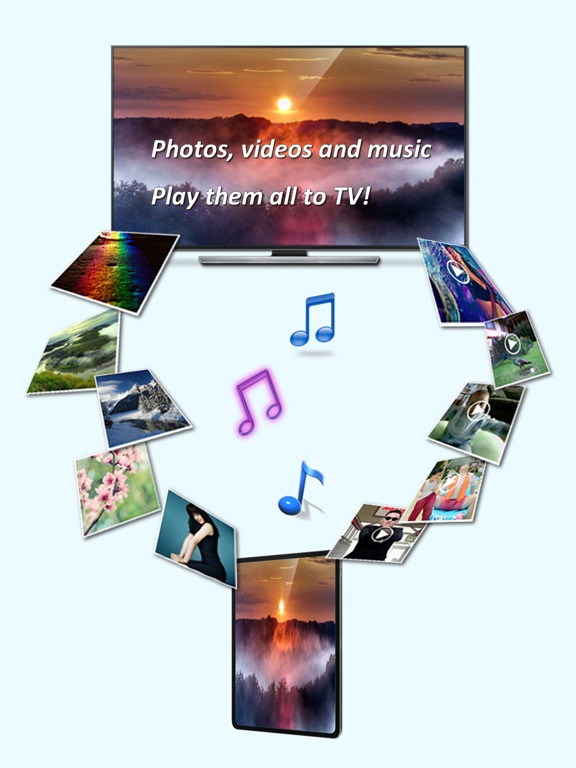 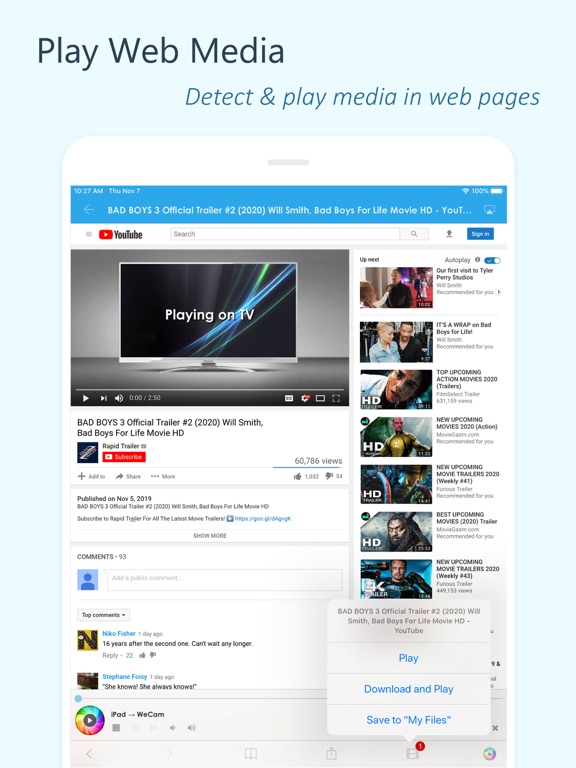 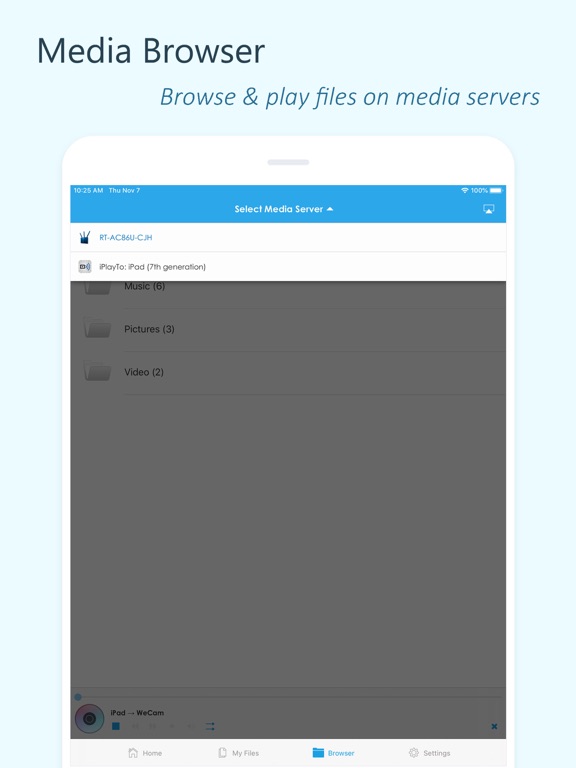 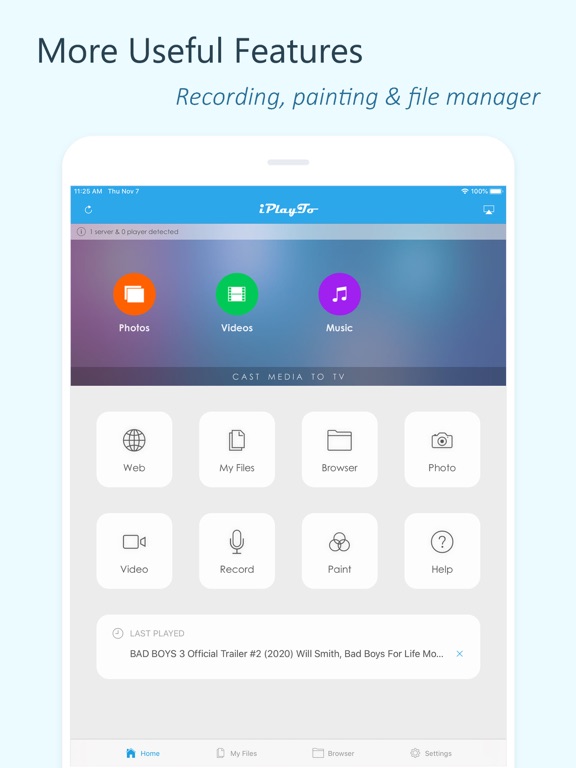 Play photos, videos and music from your iPhone/iPad to DLNA devices such as your Smart TV, AV Device, Sound Box, PC, other phone and pad, etc.

Easy to use, just pick your media and tap to play, only one single step to play it on your TV!

Anytime, anywhere, from any device – have fun with friends and family – with iPlayTo on your phone/pad, you can play your favorite photos, videos and music in any way you want, such as to a TV nearby, so you can share those moments with everyone to see and hear.

Getting photos, videos and music from friends is easy – iPlayTo can work as a media receiver (renderer), so it can also receive the media played from other DLNA devices, for example, another iPhone/iPad which is running iPlayTo.

Important tips:
– iPlayTo is based on DLNA technology and WiFi is required to use it;
– Make sure that your TV/device supports DLNA and is connected to your LAN;
– Not all the media on your iPhone can be played by your TV/device;
– iPlayTo can’t play the media in other app (for example, the videos in “Videos” app), but you can upload media files to iPlayTo and play them.