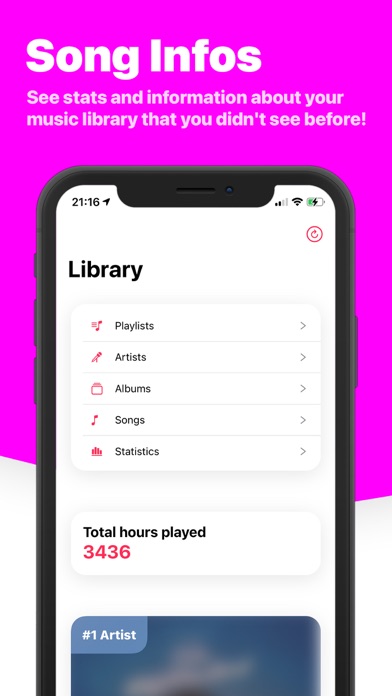 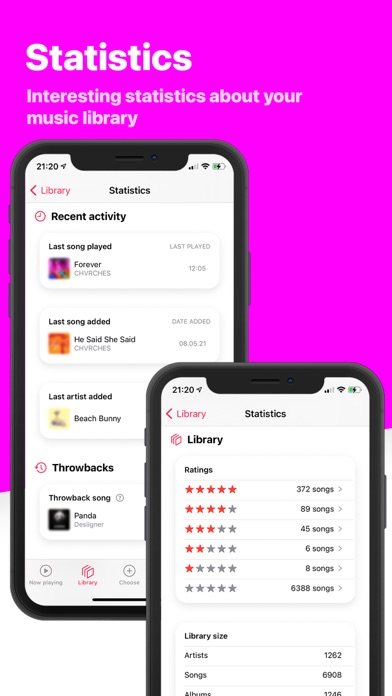 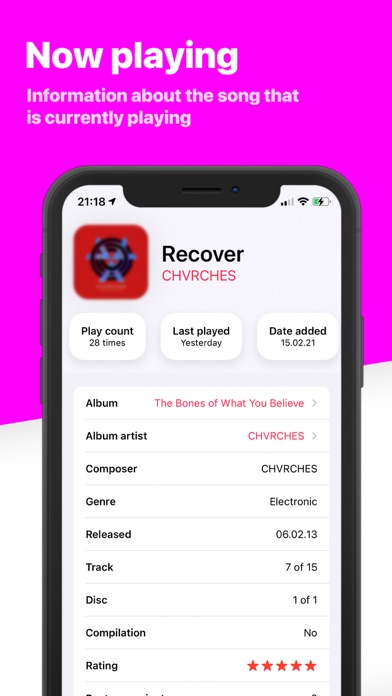 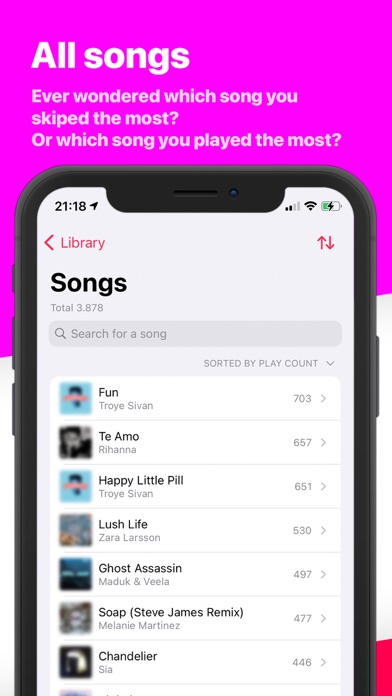 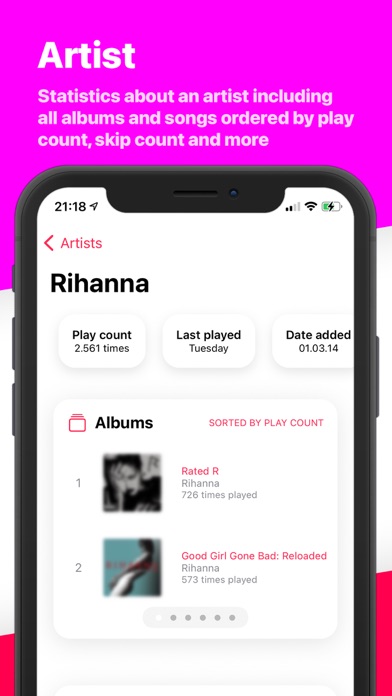 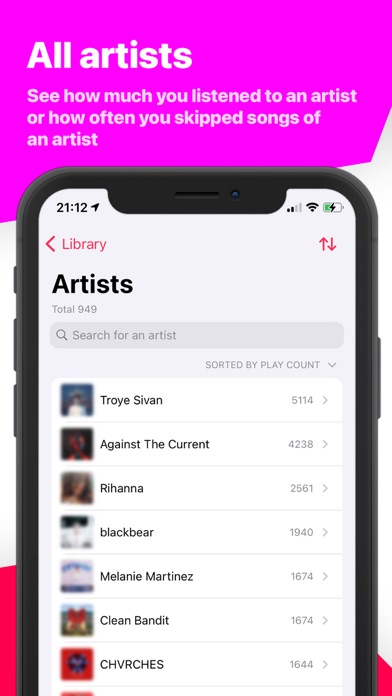 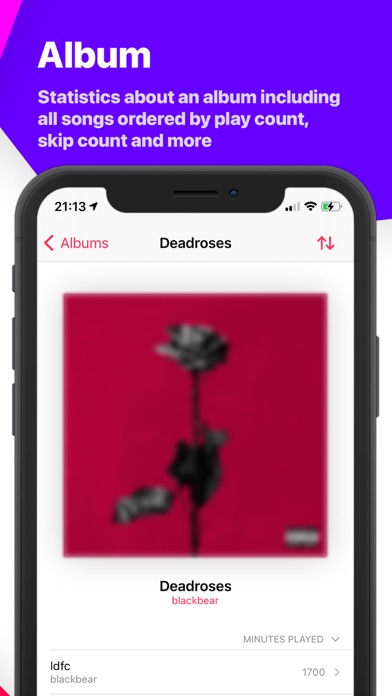 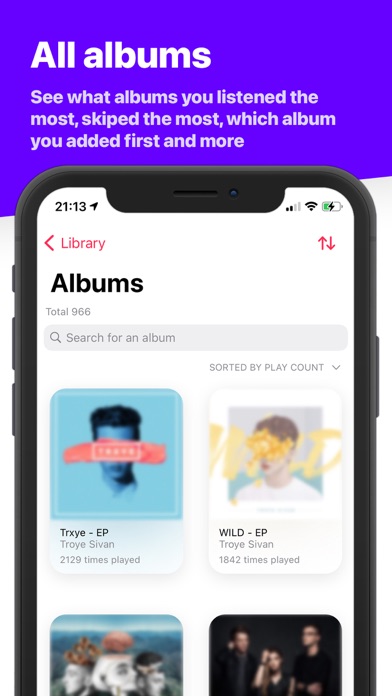 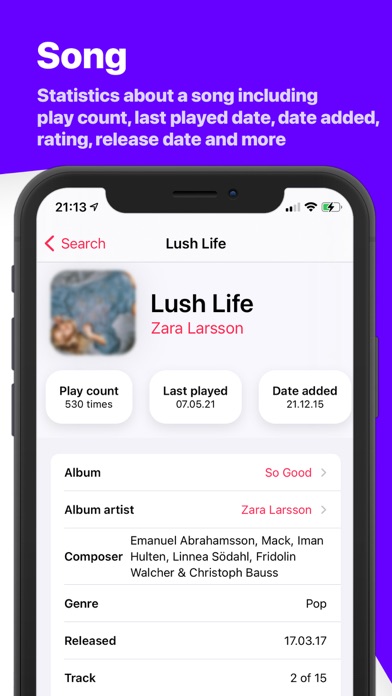 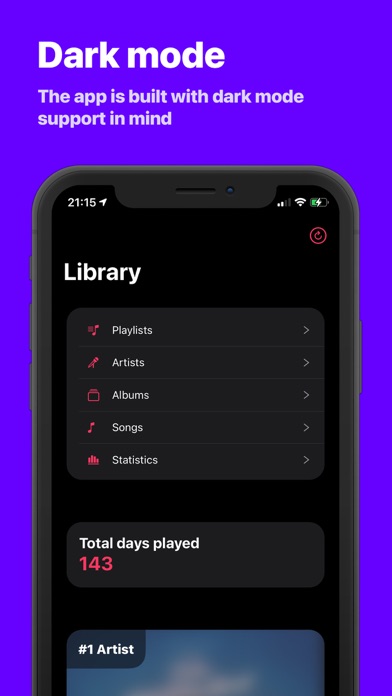 Have you ever wondered how much you listened to a song or what your top 10 songs, albums or artists are?

Song Infos is here to help you.

With the help of Song Infos, you can easily order all your songs, albums, artists and playlists by play count, skip count and many other attributes.

You can order your songs, your playlists, your albums and all your artists by
– Play count
– Skip count
– Play time
– Date added
– Last played date
– and of course by name (and albums/songs by artist)

– Information / Stats about all songs in general, all songs in an album and all songs of an artist in your library (sortable)
– Play count
– Skip count
– Date added
– Last played
– Minutes played / hours played
– Name
– Artist

– Library size / How many songs, albums and artist do you have?

– Never played / How many songs, albums and artists did you never listen to that are in your library?

– Artist with the most songs

– Shortest and longest song by duration

– Oldest and newest song in your library by release date

– Playlists that contain a specific song

Also, this app will never annoy you with any ads and won’t share any of your data!
Collected data is only used to optimize the app.
It is just here to give you the information you need of your music library.

Please be aware that Song Infos only works with the built-in Music App from Apple and Apple Music. Other Apps are not supported.
Songs from Apple Music or songs that were bought from the iTunes Store are recommended but the app also works with songs that you manually added to your music app.

Song Infos is not affiliated with Apple.