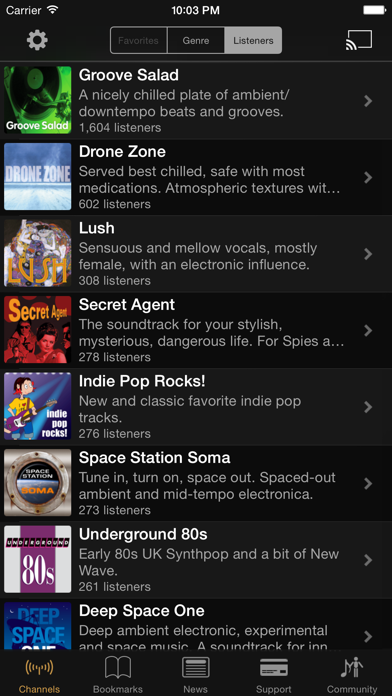 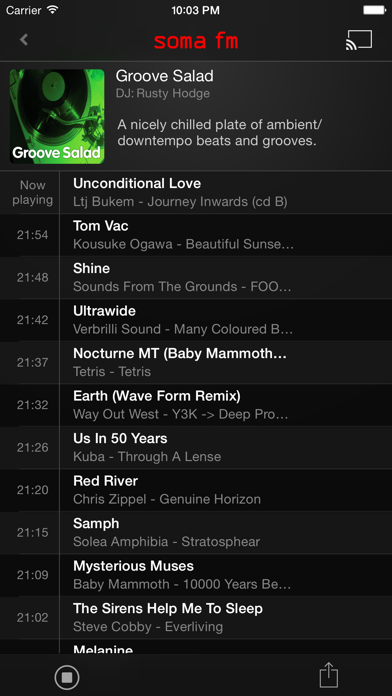 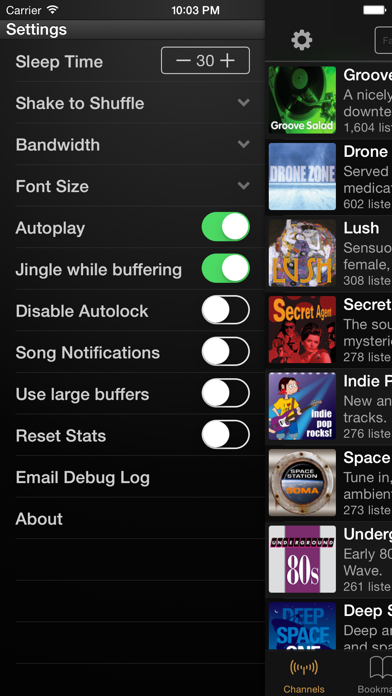 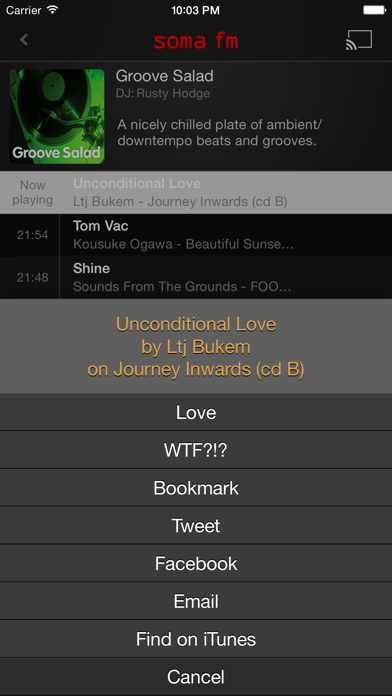 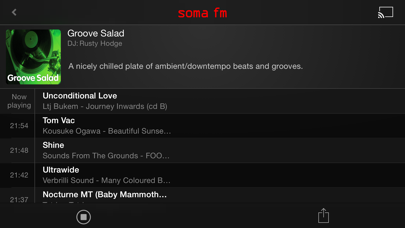 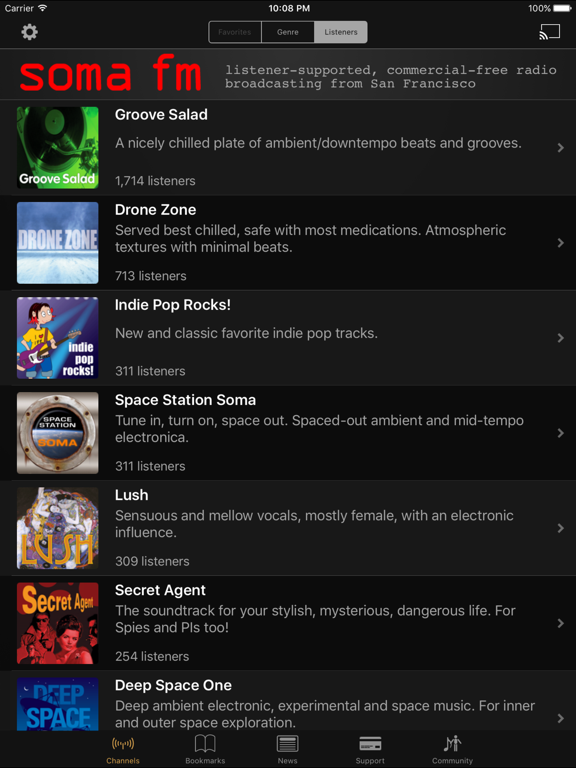 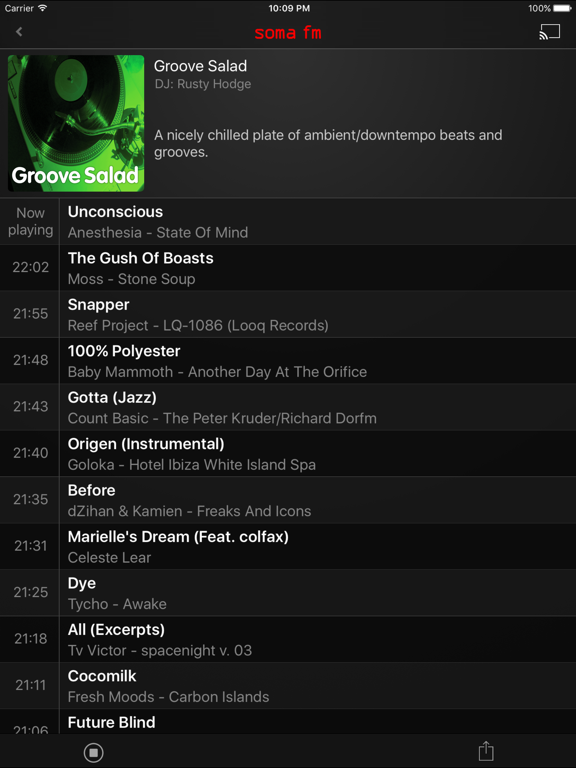 SomaFM’s official app, giving you access to over 30 year-round channels of listener-supported, commercial-free, underground/alternative radio, with all music hand-picked our award-winning DJs and music directors.

Lifehacker.com calls SomaFM one of the “Five Best Internet Radio Services” and says “completely user and listener-supported, which means no ads or commercials during your broadcasts, and the channels and programs aired at SomaFM are rarely heard anywhere else.”

– View stations by Popularity, Genre or your favorites

– Shows name and artist of currently playing song and history of songs played.

– Bookmark, Share title and search iTunes for the playing song

– Background streaming: use other apps while listening.

– Integration with many car stereo units via Dock Connector or Bluetooth

– Remote control: Pause and restart playing as well as skip between favorite channels from your headphone remote, lock screen controls.

– AAC-HE support for highest quality audio even at the lowest bitrates.

Never listened to SomaFM before? Here’s our lineup, which are all commercial free:

Secret Agent: The soundtrack for your stylish, mysterious, dangerous life. For Spies and P.I.s too!
An eclectic blend of cinematic downtempo, stylish lounge, sambas and easy-tempo with an adventurous flair.

Left Coast 70s: NEW! Mellow album rock from the Seventies. Yacht friendly.
The mid/late 70s sound that blossomed out of Los Angeles and spread up and down the west coast.

Dub Step Beyond: Dubstep, Dub and Deep Bass. The place for Bass Music!

Suburbs of Goa: Desi-influenced Asian world beats and beyond.

Underground 80s: Early 80s UK Synthpop and a bit of New Wave, with rarities you forgot you remembered.

Metal Detector: From black to doom, prog to sludge, thrash to post, stoner to crossover, punk to industrial.

Mission Control: Ambient and experimental music mixed with the historical sounds of the space program.