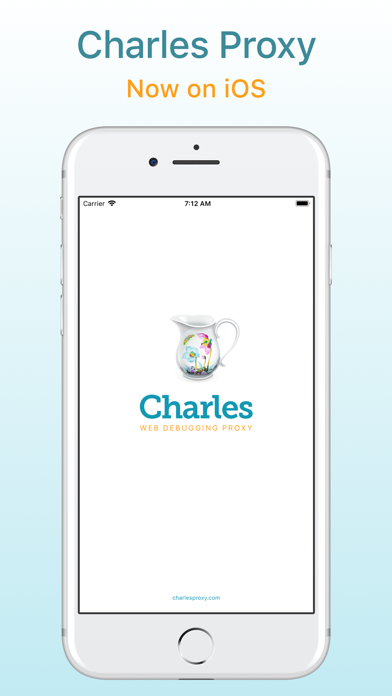 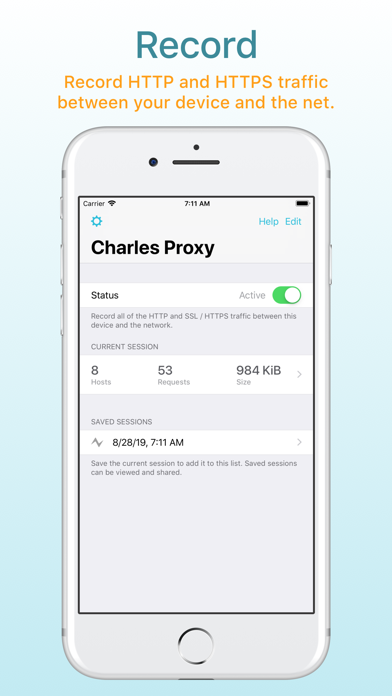 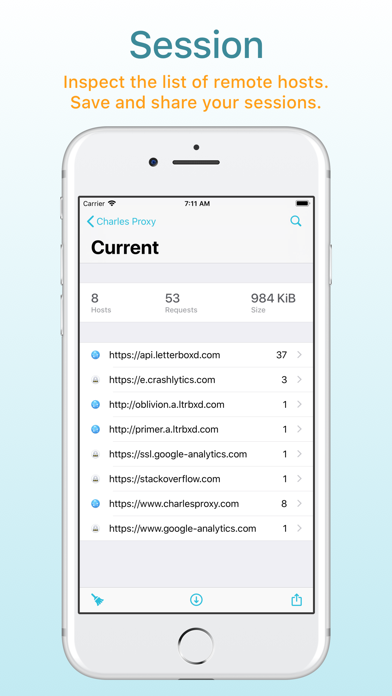 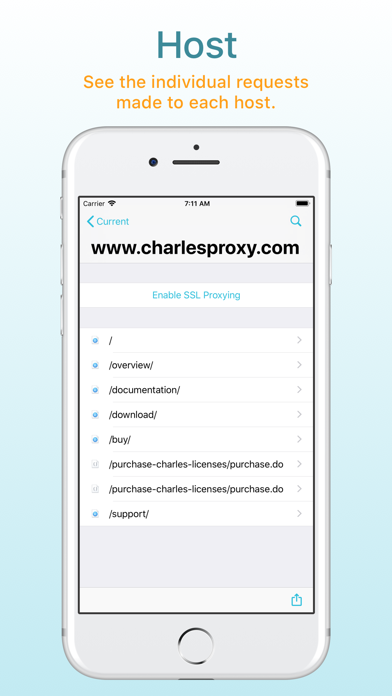 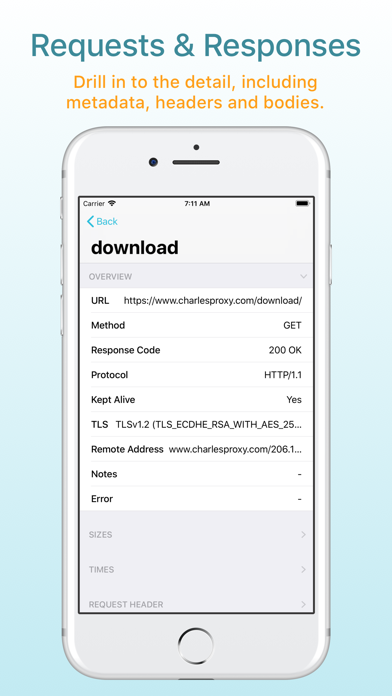 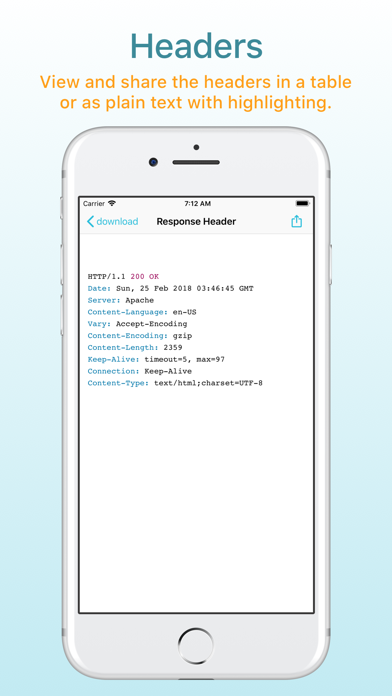 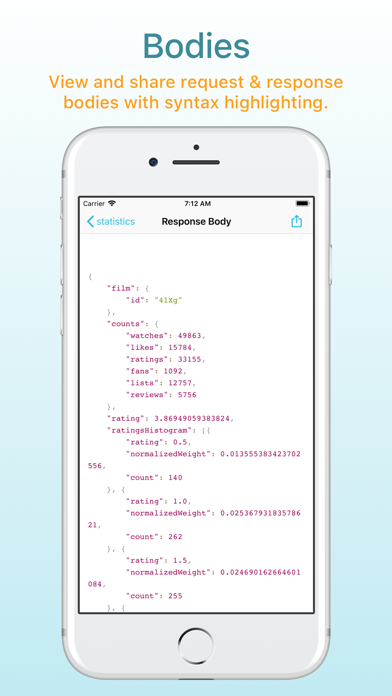 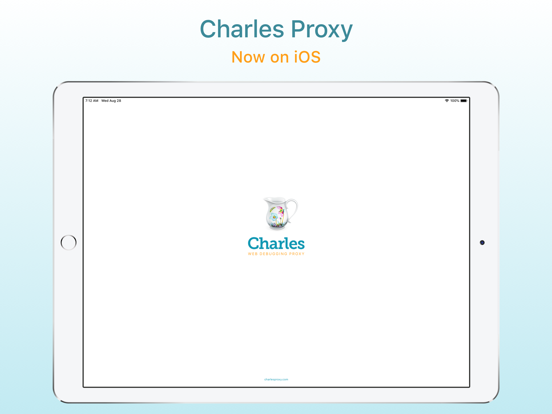 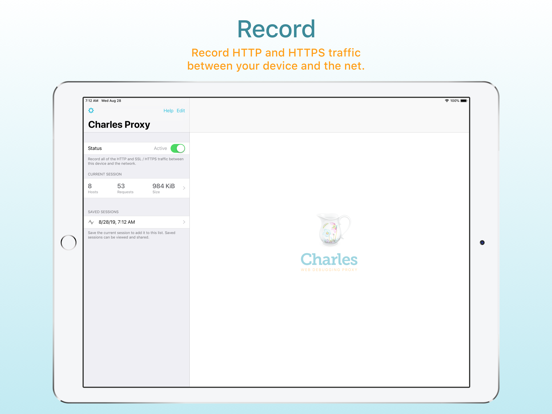 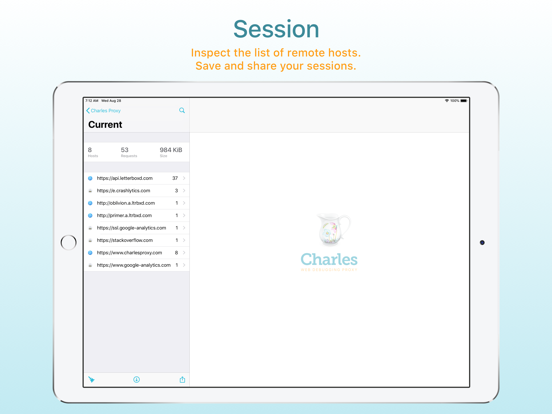 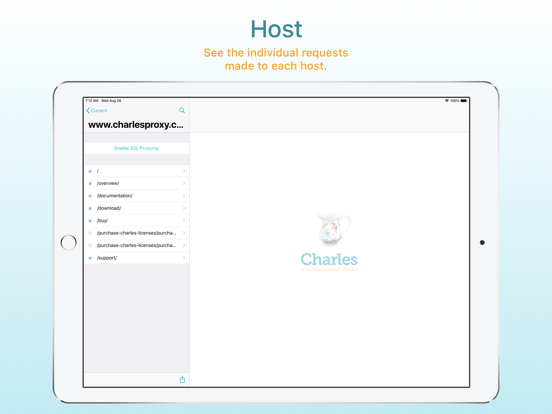 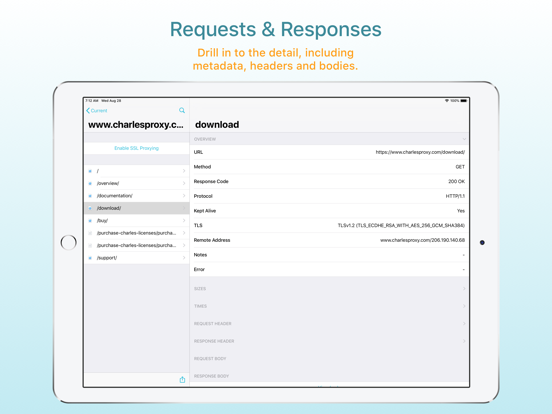 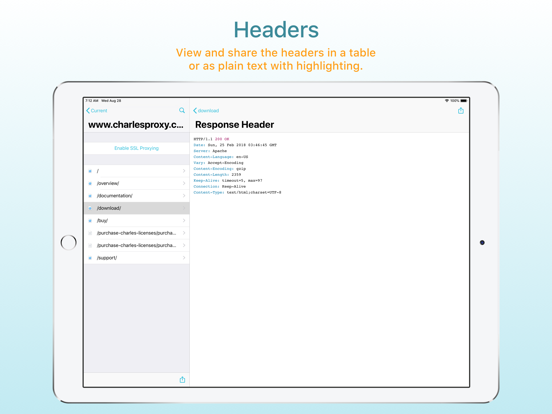 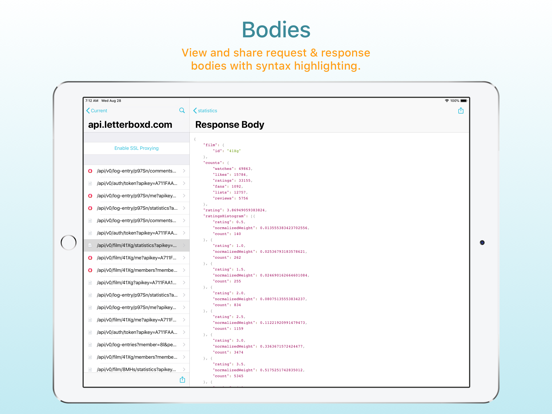 Charles Proxy for iOS lets you capture and inspect network requests and responses on your iOS device. You can view metadata, headers and bodies in the app, so you can finally debug your app’s networking issues without a computer.

If you also have Charles on your desktop, you can transfer recorded sessions to your desktop to explore them on the big screen.

Charles creates a local VPN on your device. All of your network traffic passes through Charles on your device, and then out to the internet as usual over either WiFi or Mobile / Cellular data. There is no remote server involved, and your data always remains private to you.