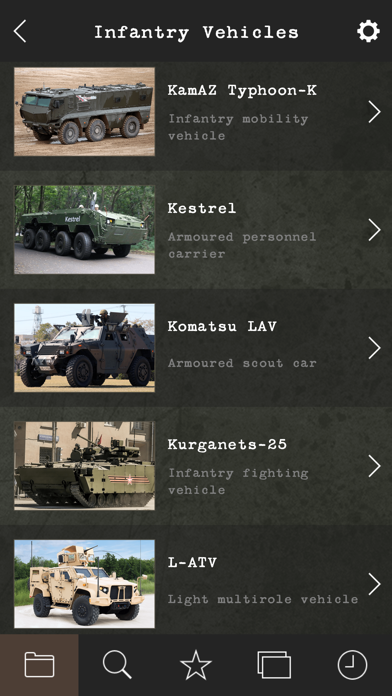 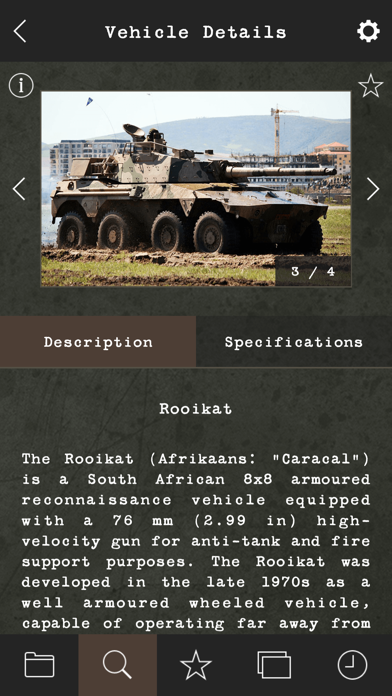 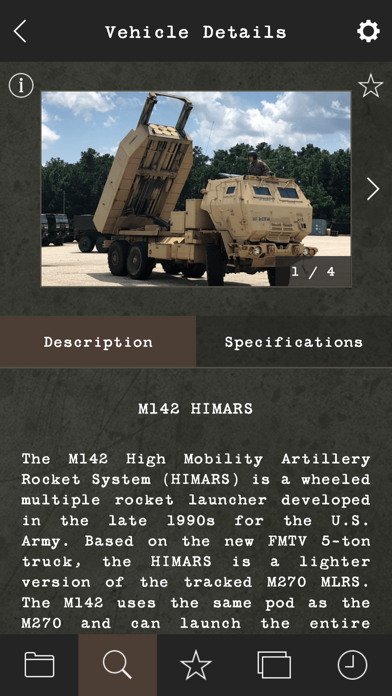 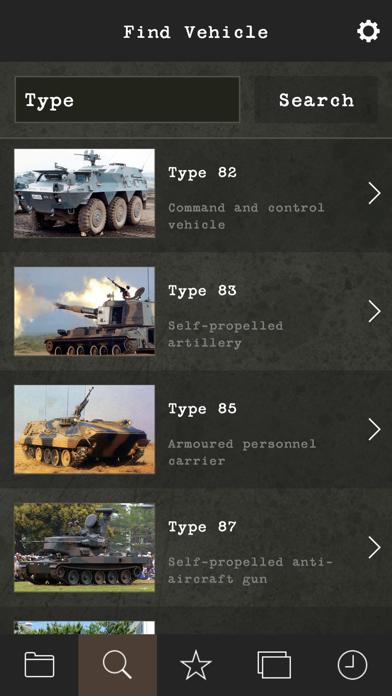 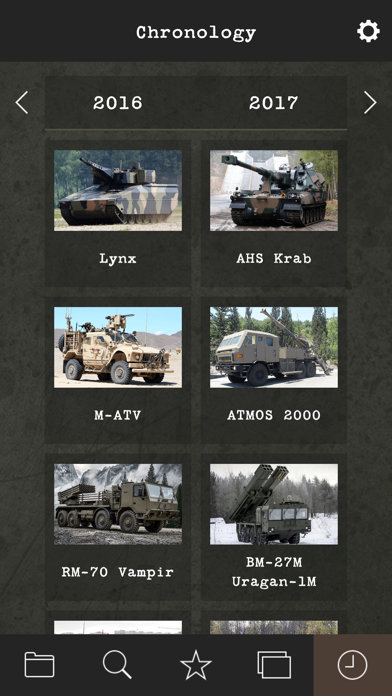 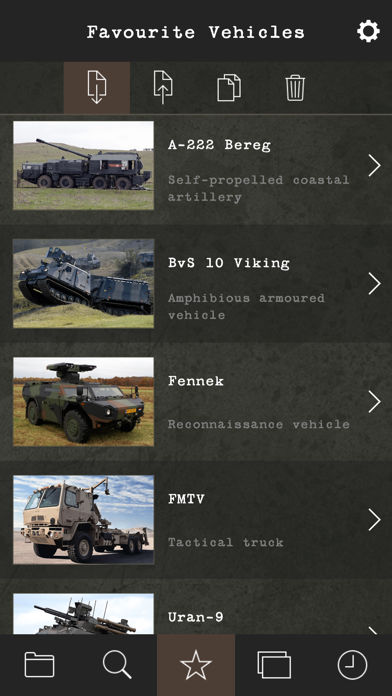 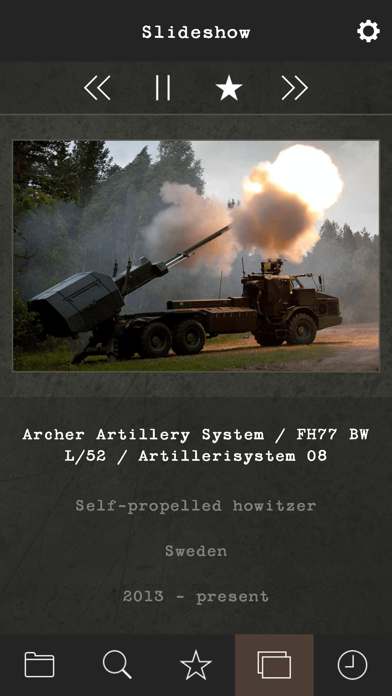 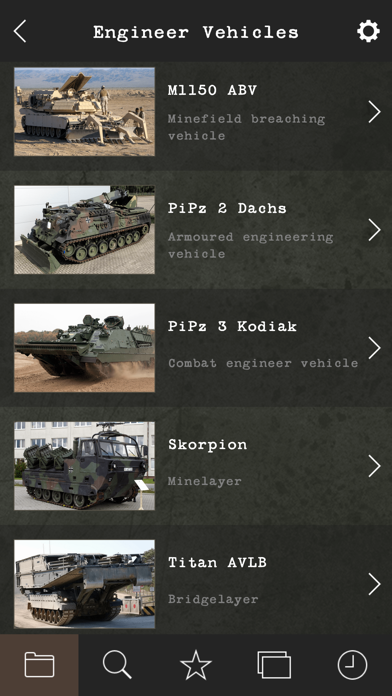 Modern Military Vehicles is a mini encyclopedia of the most important and influential military vehicles that are currently used around the world.

This pocket compendium app contains over 300 vehicles and lets you explore at a glance:

– the increased use of common platforms (the Russian Armata Universal Combat Platform, the American Stryker platform, the Italian Centauro/Freccia/SuperAV chassis and the South Korean K806/K808 design) or major modules (as is the case of the AS-90, K9 Thunder and AHS Krab or the OF-40, TAM and Palmaria) for multiple vehicles,

– the diminishing presence of light tanks (like the American Stingray, the Swedish Ikv 91 or the Chinese ZTD-05) on the battlefield,

Each vehicle entry contains at least one image, a short text that summarises the vehicle’s development and service history and a detailed specifications table offering place of origin and production information, crew, weight and dimensions data, armour and armament details, powerplant and performance figures.

– Support for the latest devices
– Vehicles can now be searched by place of origin
– Redesigned the Options menu
– Minor bug fixes and improvements
Partage(s)
4.1/5 - (120 votes)