The Heroic Legend of Eagarlnia 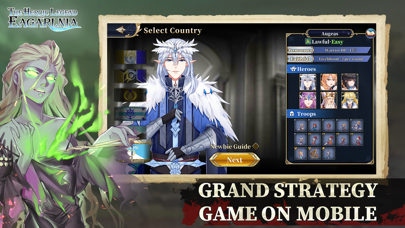 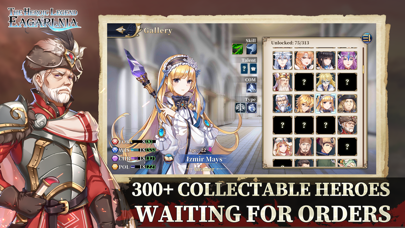 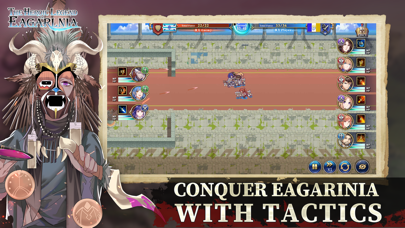 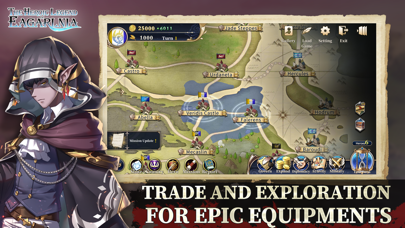 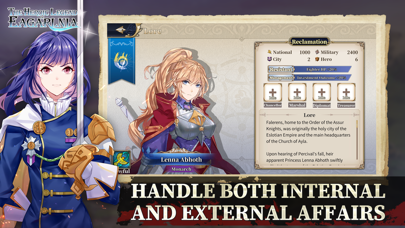 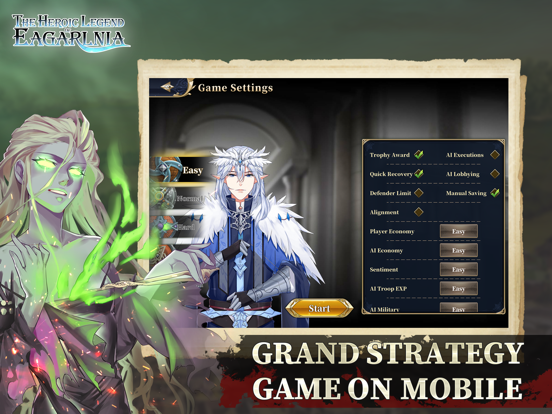 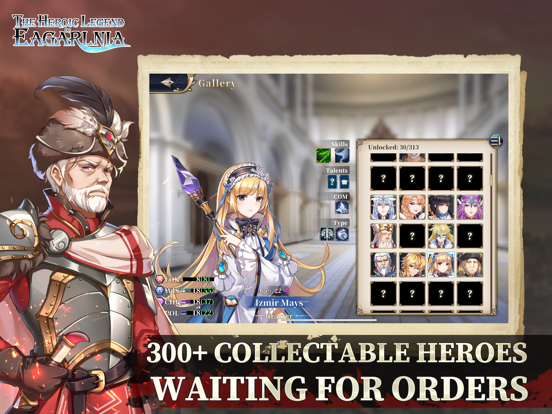 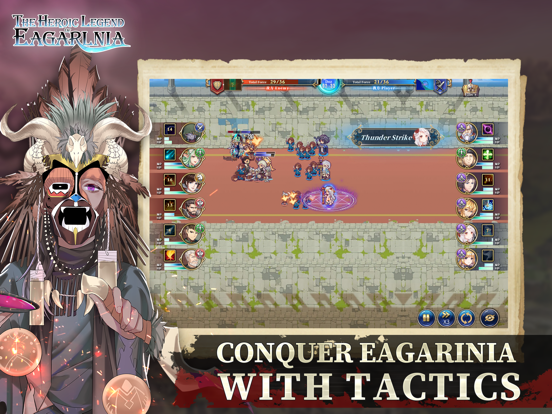 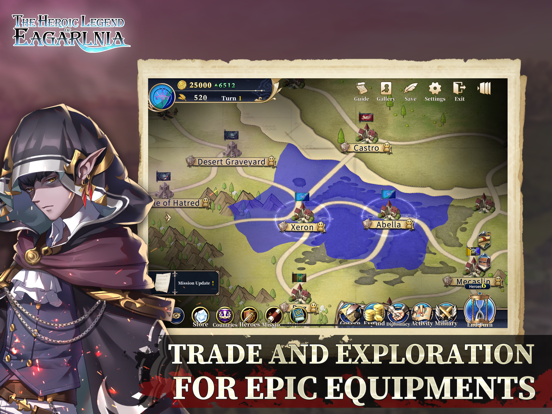 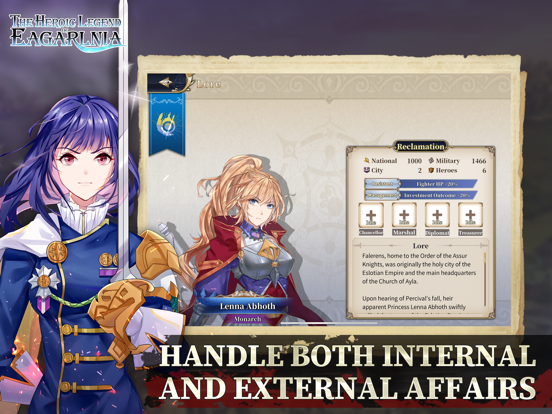 Thank you for visiting the page of “The Heroic Legend of Eagarlnia”, it’s a premium game with no in-app-purchase which you can play offline!

This is a light-weight “grand strategy” game with a unique original story background made by an indie team of 5. Although the gameplay is not exactly innovative, it represents our game producer’s passion and understanding of the classic strategic games. With Eagarlnia, we hope to bring you an enjoyable single-player strategy game experience that you don’t have to rush to make the better decision, but would be able to play wherever and whenever you are.

The game first launched an early access PC version last October. After nearly a year of tuning, we finally achieved a 30-day rating of 90%+ positive feedback, and finally we felt comfortable to bring Eagarlnia to you on mobile consoles.

You will enter a world of Swords & Magic, where there are countries with different characteristics and potential relationships, and you can choose to become the monarch of any country. Through wise management of your own territory, you will grow your economic and military strengths, and eventually conquer other countries and become the overlord of Eagarlnia.

In addition to the rich and colorful heroic paintings and pixel-style fighting scenes, you will experience these 3 key features:

1. A story-rich fantasy world with 5 living races
Every existence in the world of Eagarlnia has its own story where rivals could have been sworn brothers. You will gradually discover unknown relationships between the heroes, and along the way you will establish your own exclusive network, eventually conquering them all.

2. A customized gaming experience with more than 350+ heroes
From the very beginning of the game, you will be able to customize the original settings of your country, the management of your wealth, the configuration of the AIs, etc.
There are more than 350 heroes in the game, where you can have them join your force through visiting, lobbying and capturing. Some of them are incomparable in intelligence, some are brave, some are insidious and cunning, and some are despicable. Use them wisely to become a qualified ruler. Some special heroes even have their own special artifacts, which need to be unlocked by completing specific missions.

3. A game for creating your own epic story
You can choose from 19 forces of different advantages and skills. You can grow your force through internal affairs management, development on wealth and strength, manipulating others through diplomatic tactics, acquiring talents from battlefield, dungeon adventure and many other ways awaiting your discovery. The game is also designed to have more than a hundred kinds of troops, of which reasonable matching and deployment is key to your vicotry. In addition, there are also hidden troops with powerful abilities packed with the mysterious powers for you to unlock.

Finally, we are eager to know your feedback on the game through email to [email protected] or chat with us on Discord.

If you like the game, it’s much appreciated that you would leave us a good review and rating, which would really help and support our development team in future updates and optimization! Thank you!

Bug Fixed! – Stuck at loading page when trying to enter a battle.
—————————————————————–
Please be aware that your previous game save files are not compatible with this new version. As the structure of the whole game has been updated as followed,

1. The technology tree system
We’ve removed the original faction characteristics and instead designed an exclusive technology tree for each faction. This technology tree includes buffs and special effects for actions such as troops, investment, public sentiment, fortification, and destruction, as well as the unlocking of special equipment for advanced arms.

2. Value adjustment
In order to avoid scenarios where all heroes end up being overly similar, we have re-adjusted the strength of each hero to make them more unique and to give them a more distinct role.

3. Battle changes
Player feedback shows that the battles can be cluttered and difficult to control. To address this, we’ve moved from 6V6 battles to 5V5 battles. In addition, we’ve reduced the number of soldiers carried by the hero from 5 per level to 4 per level, further reducing the potential for chaos during a battle.