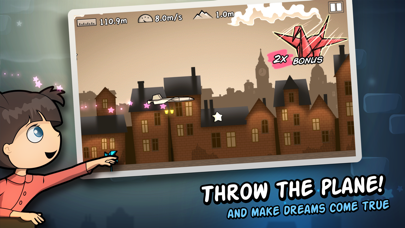 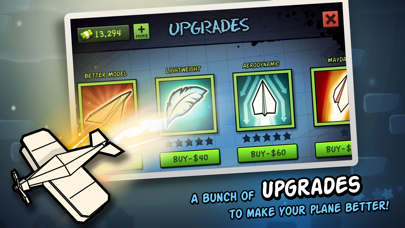 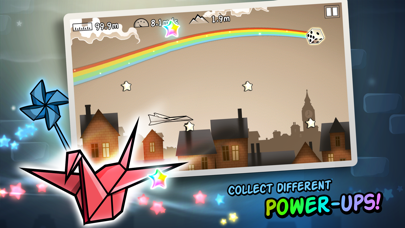 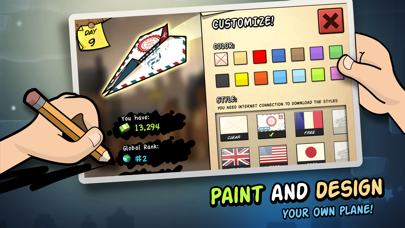 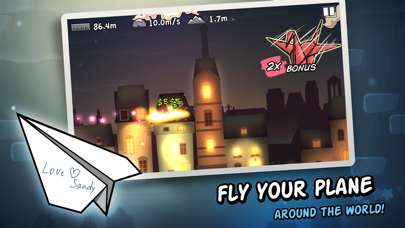 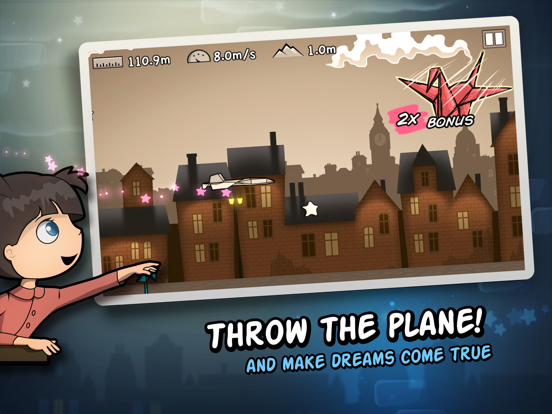 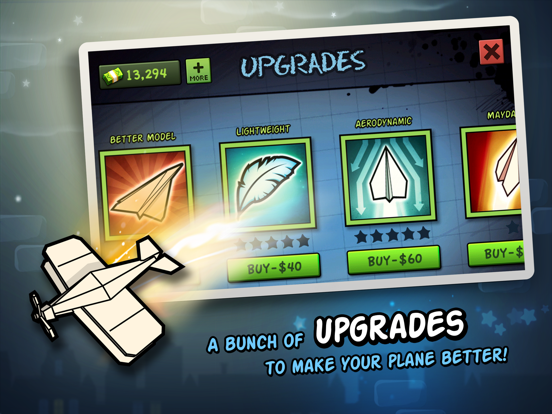 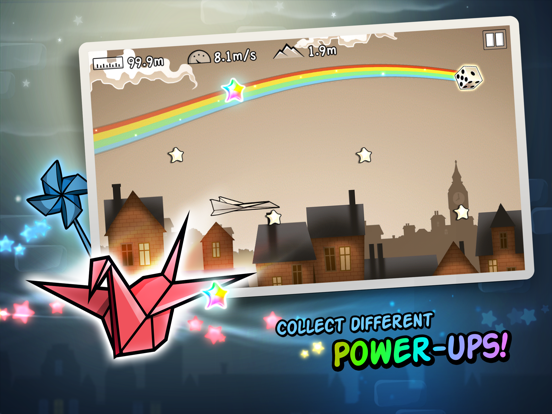 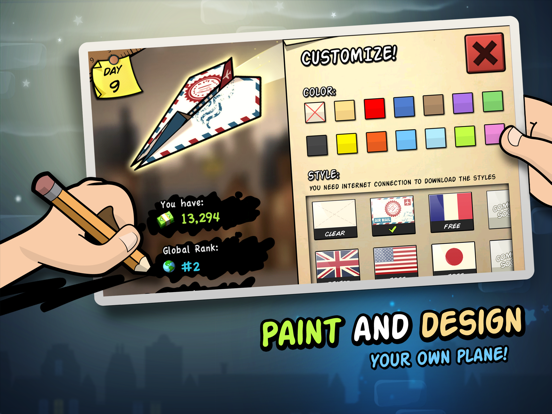 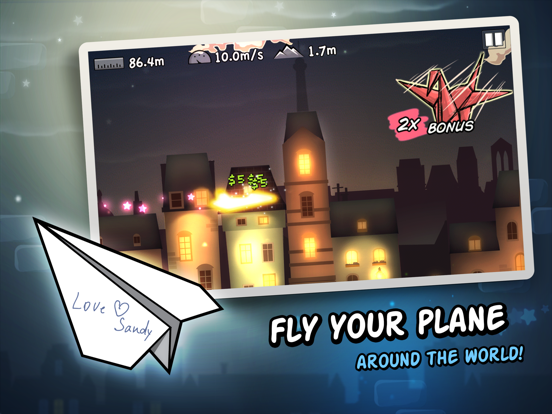 Throw your paper airplane from one country to the next as you soar through beautiful, charming environments. Steer your plane to catch shooting stars and origami cranes, or even shoot beyond the atmosphere!

With tons of upgrades to unlock and achievements to earn, it’s easy to see why Flight has over 10 million plays, and is rated a favorite by thousands of players. We’re sure it’ll become a beloved addition to your iOS library to bring you back again and again, too.

-Simple yet addictive gameplay
-Upgrades to enhance your paper plane
-Over 20 achievements to unlock
-Charming game design and soothing soundtrack
-Different countries to soar through, each with their own design
-Complementary world travel included

+ Fixed the bug which could cause the app to crash on iOS10
+ Updated graphics for new devices (iPhone Plus and iPad Pro).