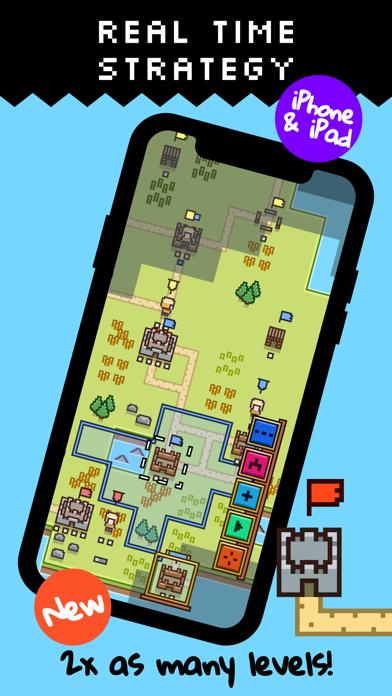 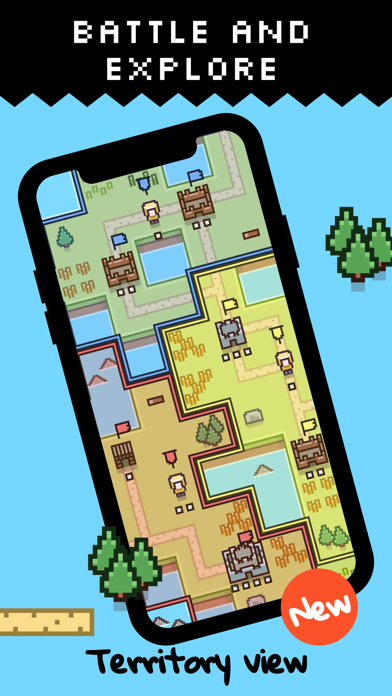 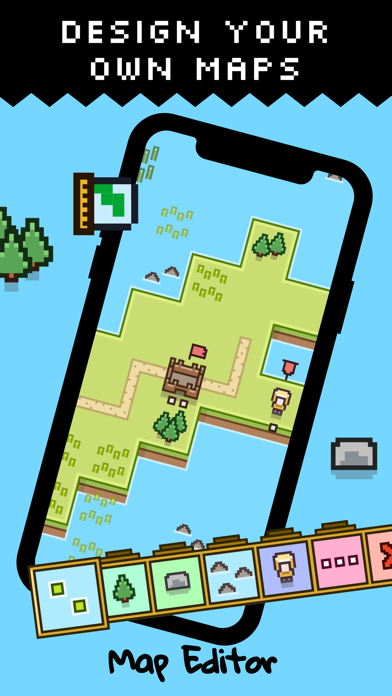 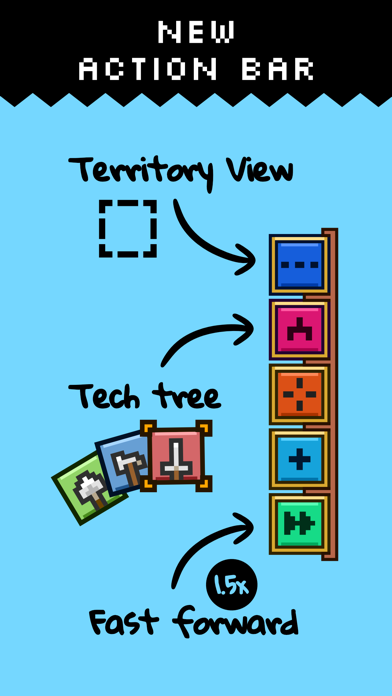 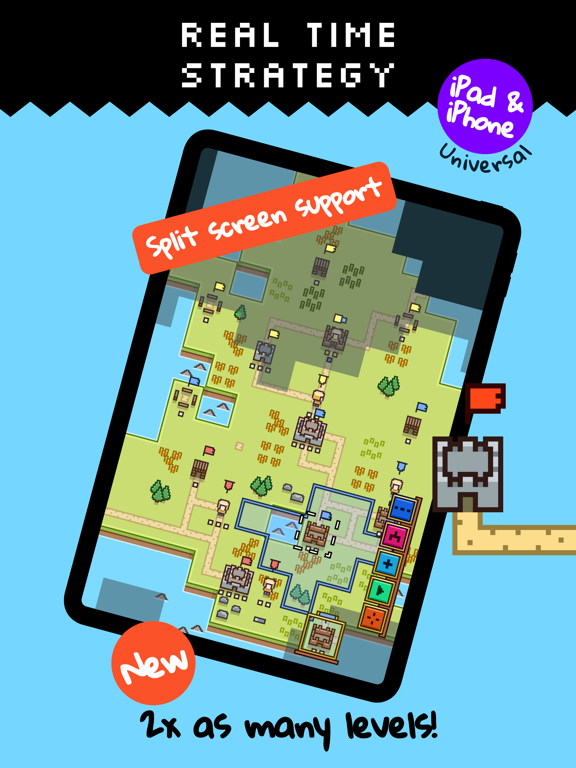 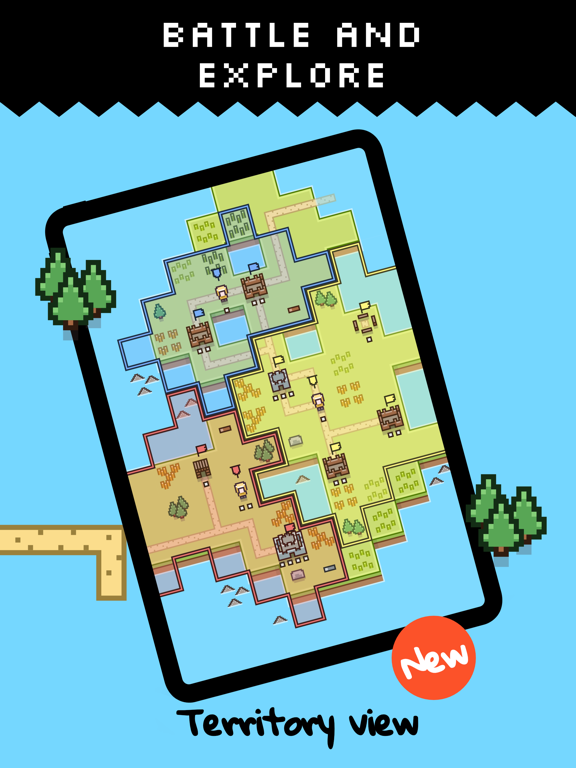 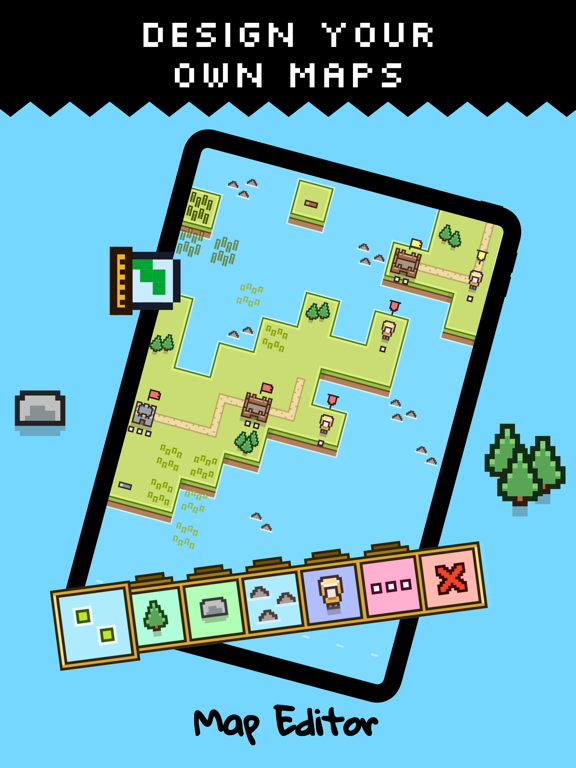 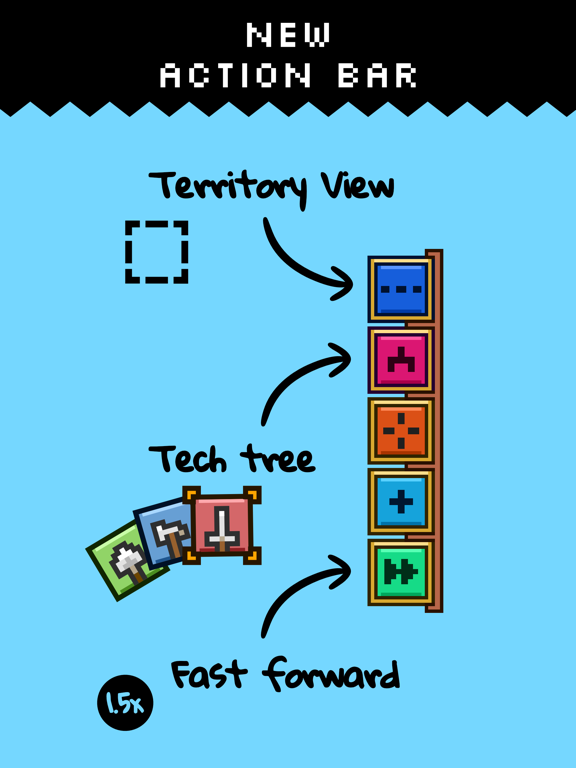 A real time strategy game for everyone.

Create your own scenario in Skirmish mode, add computer players with varying levels of difficulty and play on unique maps created by the auto map generator or use the map editor to design your own.

Quests 1-4 include a tutorial for new players. It’s easy to learn and play.

Land and Castles is a new entrant to the strategy games and RTS games genres.

“This game is AWESOME!” — Evil Johny

“This game has pretty much the potential to get as famous as “The Battle of Polytopia”!” — SamON3ill

Playing custom maps requires the “Plus” in app purchase.