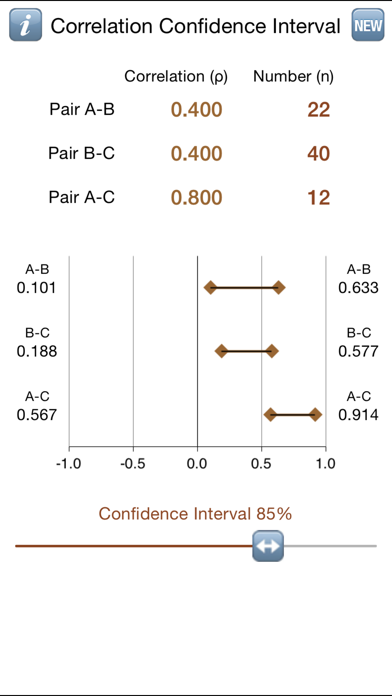 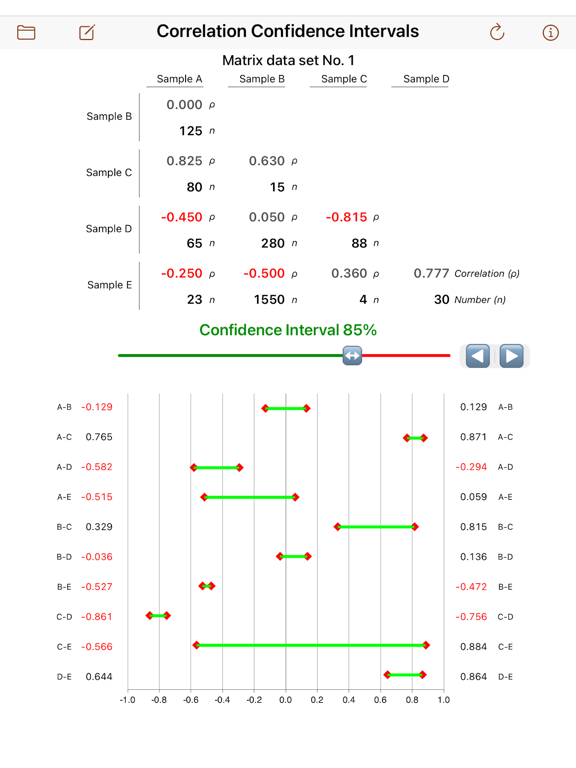 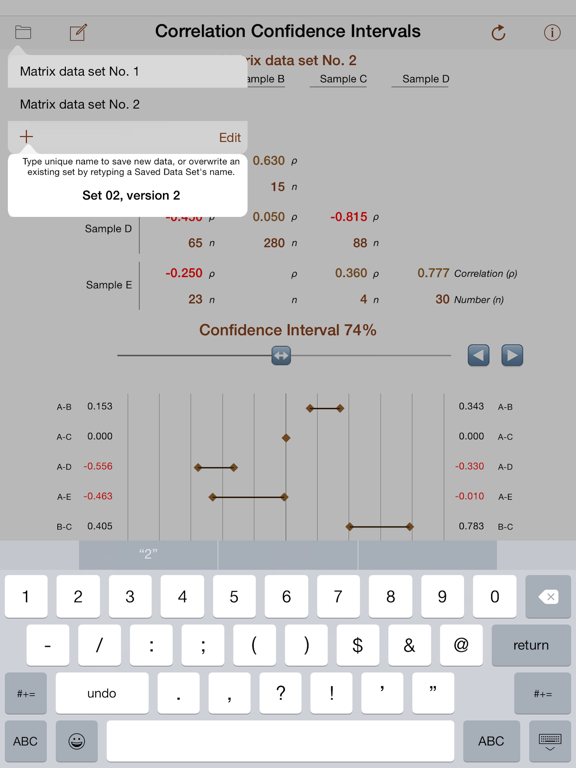 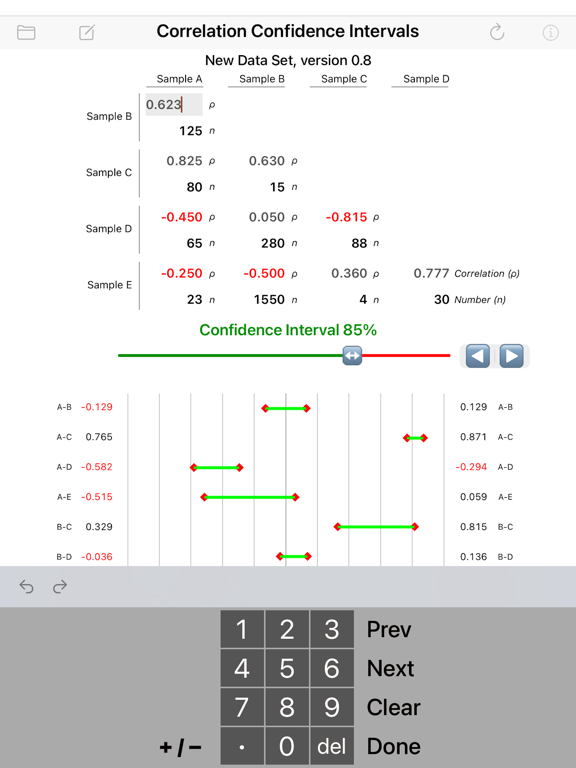 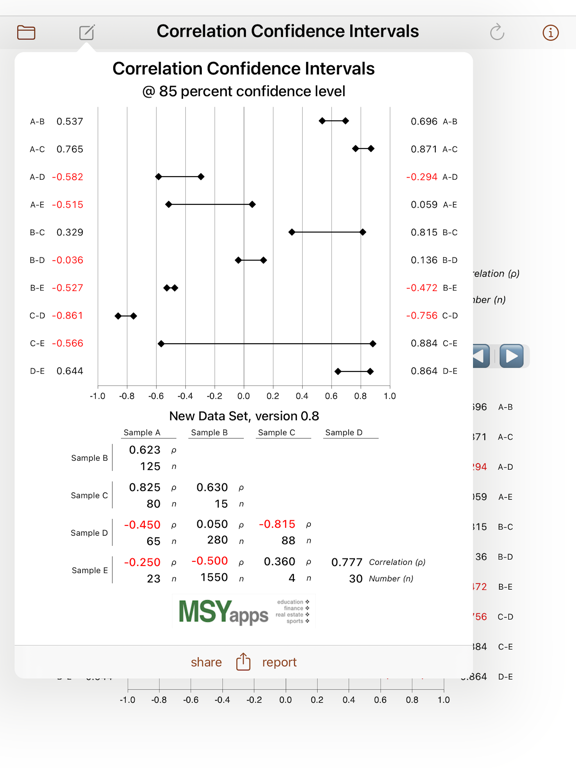 The iPad version allows you to add, retrieve, reorder, or delete data sets. Also, you may email, send via texting, and print data and results.