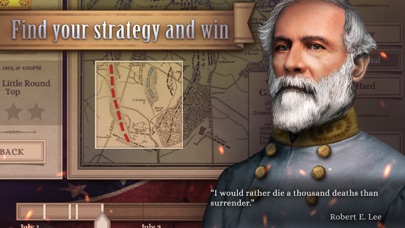 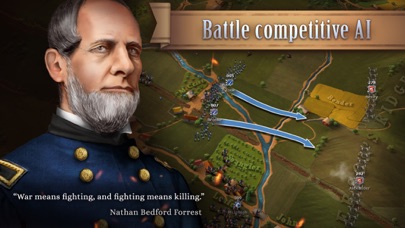 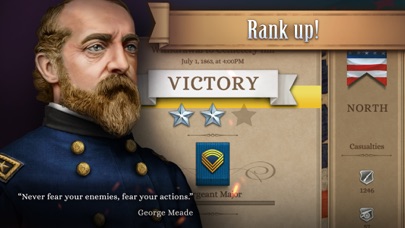 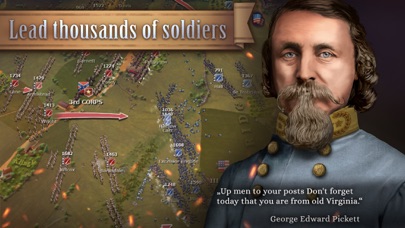 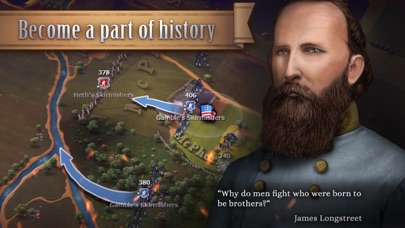 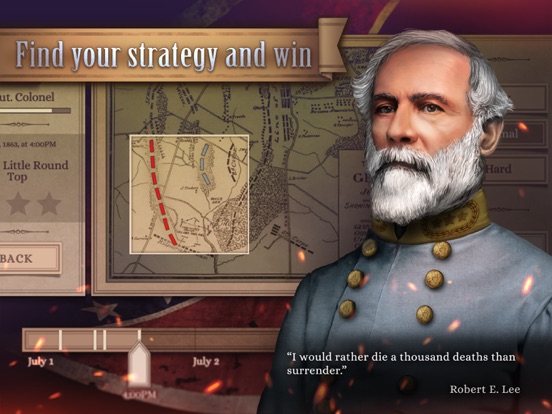 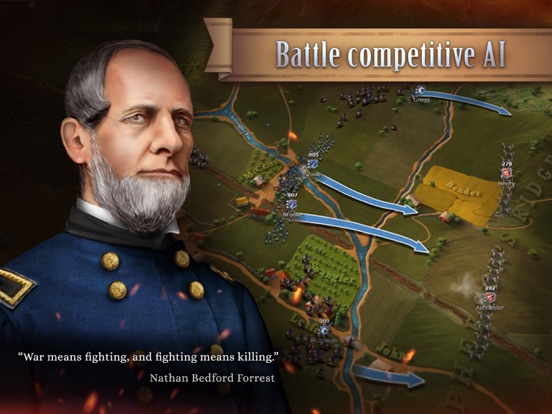 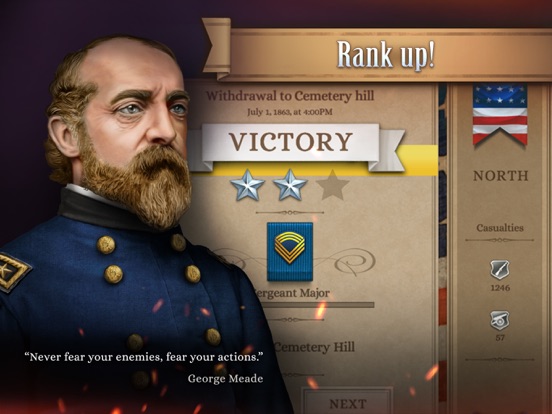 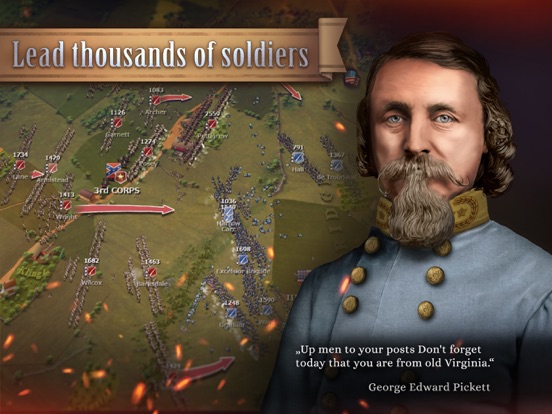 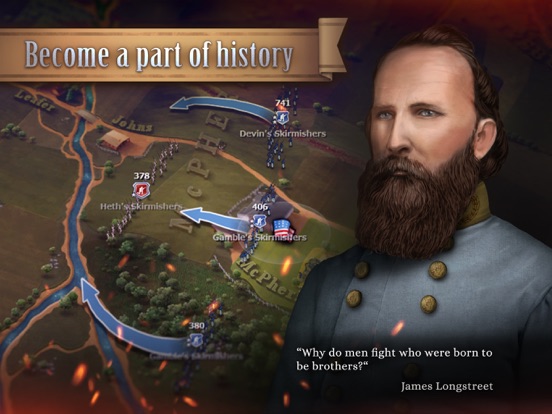 A Tactical Wargame that allows you to command thousands of soldiers as a Union or Confederate General during the Battle of Gettysburg. The strategy game features unique hand drawn map, complex morale, innovative controls and smart AI.

Ultimate general: Gettysburg is a critically acclaimed indie wargame with one of the highest user ratings for strategy games on Steam and Metacritic.

**Campaign
The campaign is split into 10 historical missions from the first engagements to the famous “Pickett’s charge”. Missions present different levels of complexity that will give you hours of gameplay.

**Unique Controls & Unit Self-Awareness
The game plays in real time, but you can pause at any time to plan your strategy and give orders to units. Drag simple movement arrows to command large forces as if you are drawing them on the tactical map. Units do not need micromanagement, able to act on their own: re-aligning, switching targets, withdrawing and forming battle lines without player input.

**Smart AI
The AI commanders are able to evaluate and gain tactical superiority in real time, reacting to your actions; fighting aggressively or defensively replicating actions of a competent human player. The game will provide the significant challenge on higher difficulty levels.

**Detailed Map of Gettysburg
We used satellite images and historical maps, recreating important locations, houses, ridges and hills that are depicted as accurately as possible within the game’s unique art style. If you are an American Civil War enthusiast, you will be happy to notice the amount of precision and information that the map provides. Not only will you be able to better understand the historical layout of the map, but also you will be able to use of each location and landmark in battle, thanks to the simulation of cover, concealment, terrain and high ground in the game.

**Advanced Line of Sight
Elevation and obstructions will affect unit visibility realistically. Units will use concealment and cover to survive artillery barrages, stage ambushes and more, but beware – the AI will attempt to do the same.

**Tactics matter
In Ultimate General: Gettysburg, you will realize that army units are not “machines” that blindly follow orders, but need to conserve strength and courage for decisive battle actions. Every basic tactical element that is expected from a strategy game is important for winning battles. Unite morale is affected by multiple factors including flank or rear attacks, casualties, volley shocks, artillery fire and fatigue.

**Differences with the PC version
The game was redesigned from the ground up to provide good usability and playability on tablets. If you have played the game on the PC, the major change is in the campaign flow and in the user interface. The tactical combat and its features were tuned only slightly. You will be able to experience the same depth and challenge on iPad.

– Improve of night mission
– Support of the latest iOS version