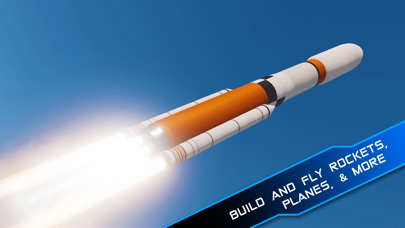 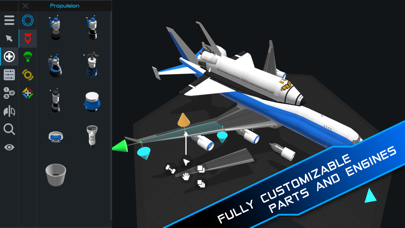 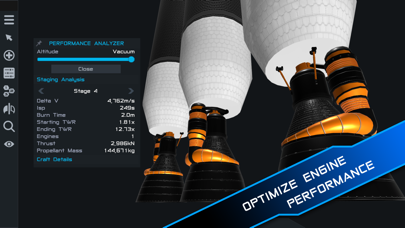 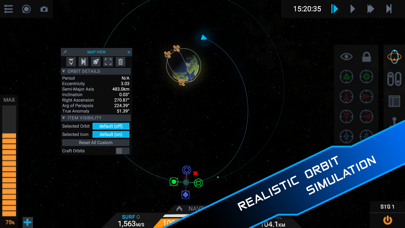 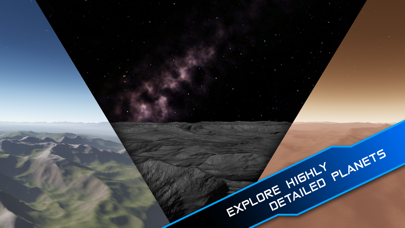 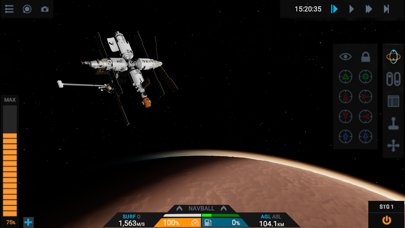 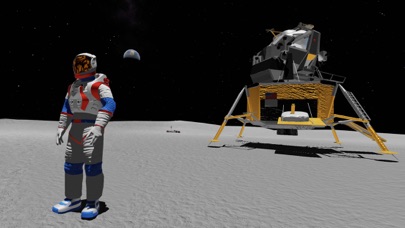 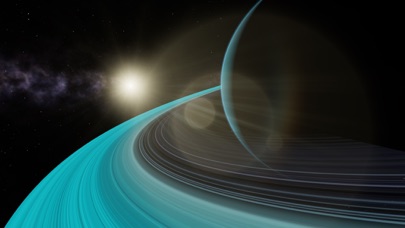 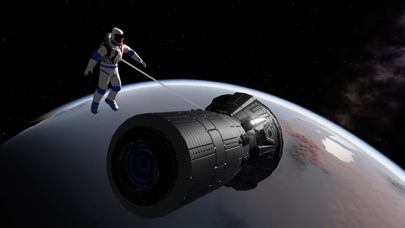 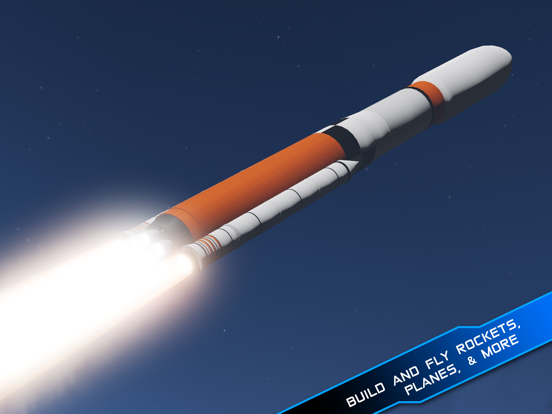 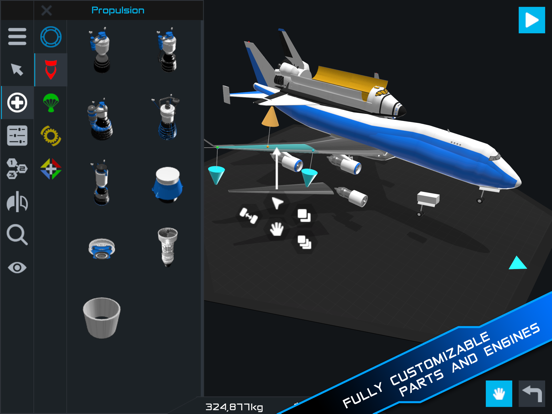 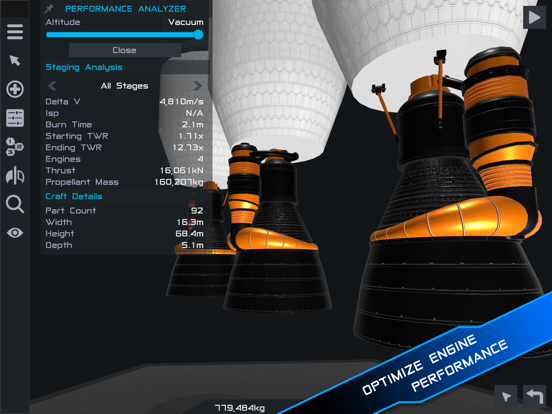 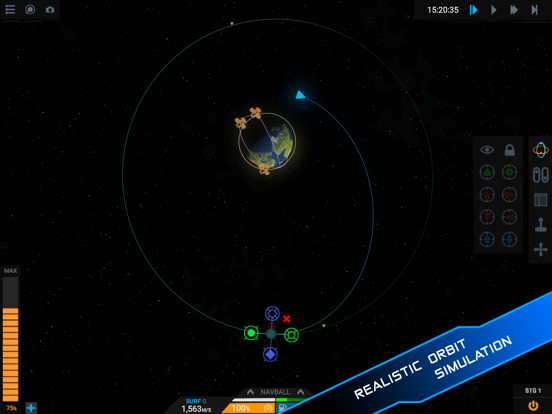 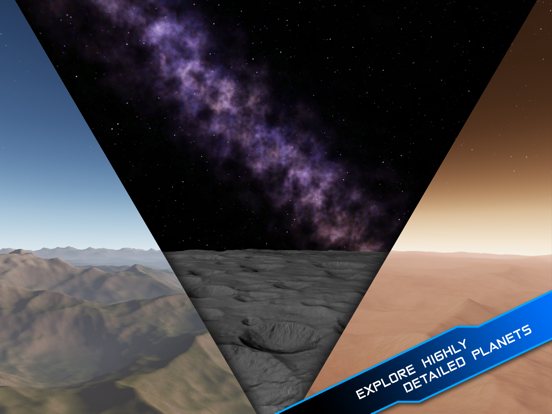 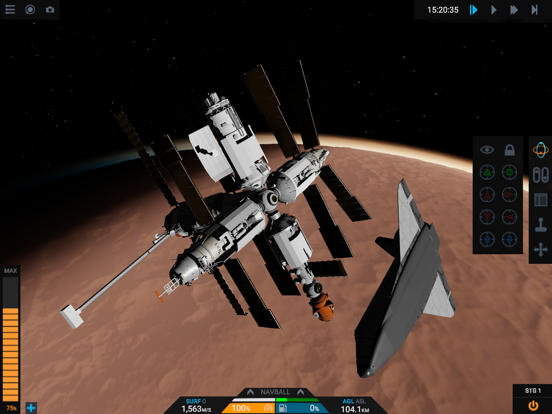 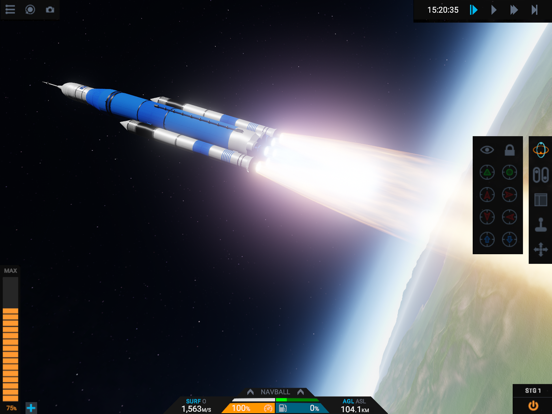 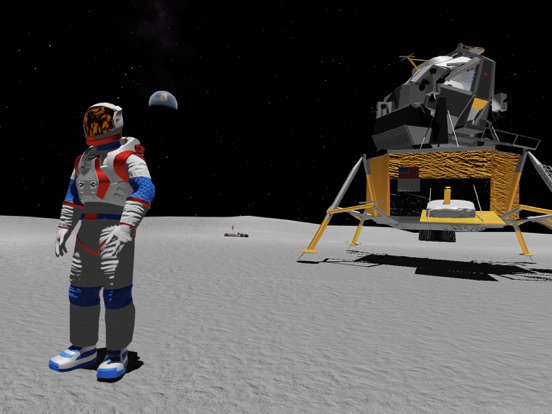 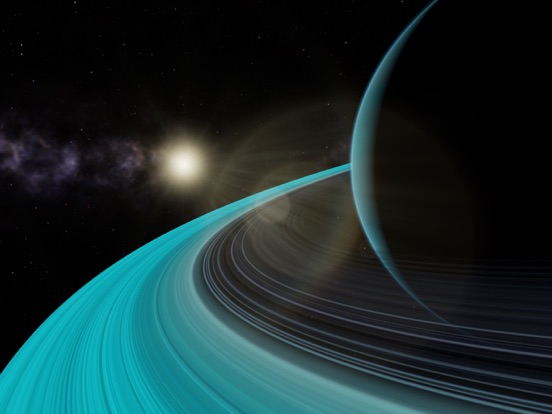 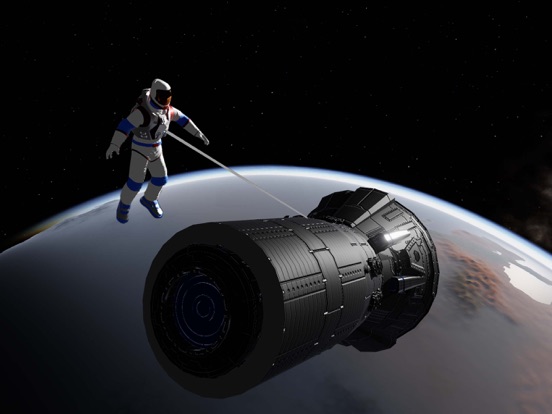 SimpleRockets 2 is a fully 3D space sim that lets you build rockets, airplanes, rovers, or anything you can imagine and explore highly detailed 3D planets. Easily share crafts and saved games with the community. Included are 17 different challenges to put your creations to the test.

Build crafts by snapping parts together. Choose from the pre-built engines, such as the Mage, which is a powerful kerosene-fueled engine. Or choose the very weak, but highly efficient Ion Engine. Or you can dig deeper into the complexity of rocket science and design your own rocket engines. Choose from the eight available engine types, seven nozzles, and six fuel types. From there you can change engine size, nozzle length, throat radius, and more.

Use interstages to split your craft into multiple stages and piece together modular fairings to protect your precious cargo. Launch multiple crafts into orbit. You can dock with your existing crafts to build space stations, moon bases, refueling stations, etc.

Orbits are realistically simulated and support time-warp so you don’t have to wait several months to reach another planet. The Map View makes it easy to see your orbits and plan future burns, which you can use to set up future encounters with other planets or satellites.

The flight model dynamically updates drag and lift characteristics of your craft as it changes. Re-entry effects kick in when you’re screaming through an atmosphere at hypersonic speeds. Be careful, because the excessive heat can cause those aforementioned rapid unplanned disassemblies.

* Fully 3D Rocket Designer that allows building anything from basic rockets to very complicated multi-stage rockets, airplanes, rovers, satellites, robotic mechs, etc.
* Design custom rocket engines and jet engines
* Realistic rocket physics and orbital mechanics.
* Over 30 parts, including fairings, retractable solar panels, rover wheels, engines, etc.
* Highly procedural parts that can be resized and reshaped into endless combinations, such as the resizable fuel tank and the cargo bay.
* Map View to navigate the solar system that displays predicted orbits and encounters.
* Fully 3D, rotating planets that support water and multiple biomes, such as desert, grasslands, tundra, etc.
* Persistent sandbox that retains your previous launches.
* Players can upload their rockets and sandboxes and share them with other players.
* Online community where players can upvote and comment on other players’ content.
* Several build and flight challenges.
* Parts support textures, reflections, and custom coloring.
* Flight model dynamically updates drag and lift characteristics of your craft as it changes.
* Re-entry effects including visual effects and part damage from heat.
* Custom Launch Locations allow launching from multiple places in the solar system.
* Support for saving custom subassemblies.
* Crafts can dock together in orbit and transfer fuel.
* Built-in tutorials show you how to build a craft and how to achieve orbit.
* Time-Warp allows fast-forwarding while in orbit.