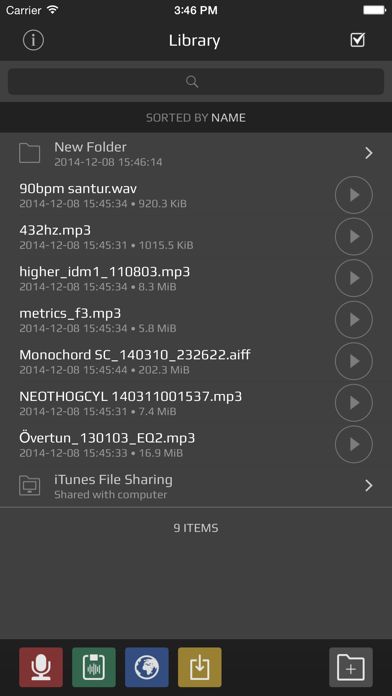 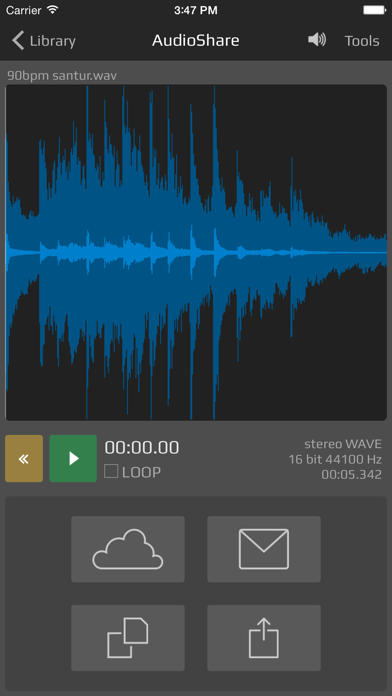 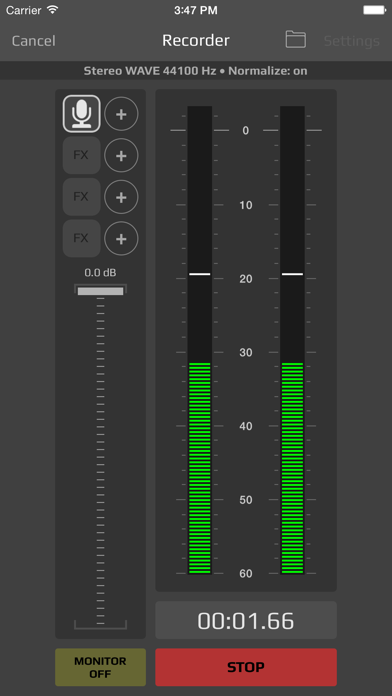 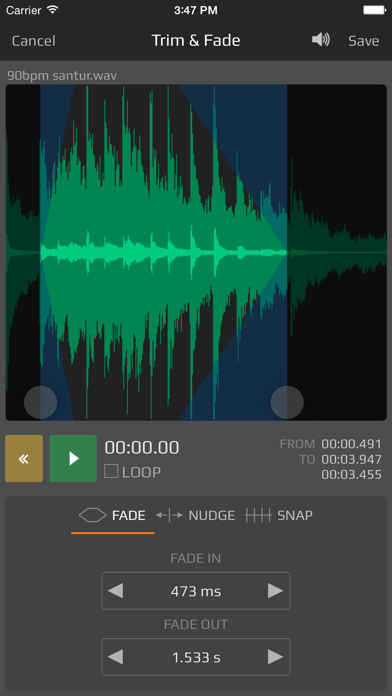 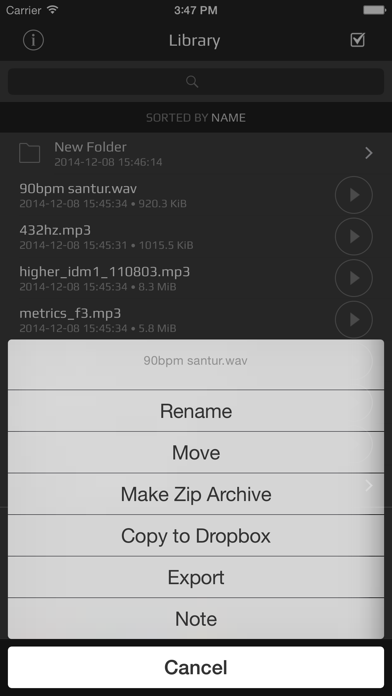 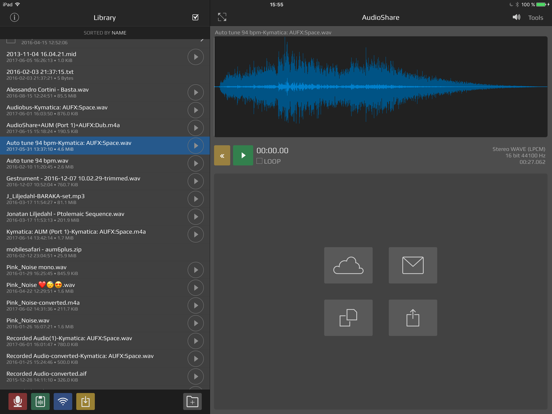 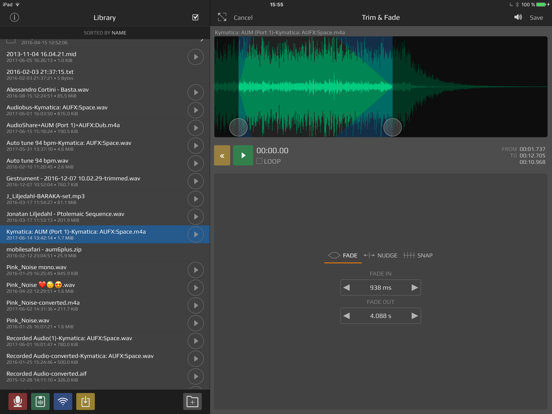 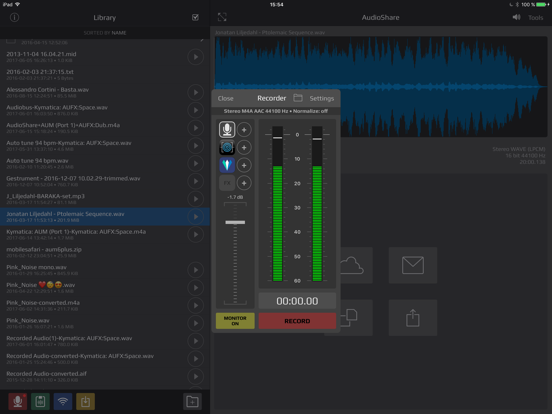 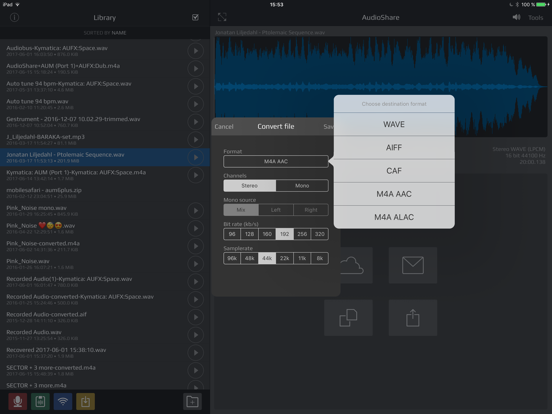 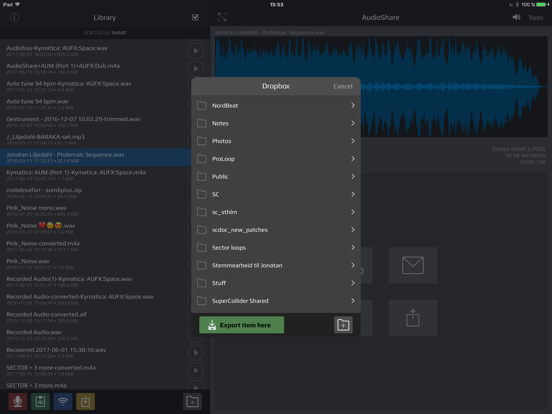 A sound file manager with powerful import and export abilities. If you are using music-making apps, then this tool is a must-have!

Organize all your soundfiles and midifiles on your device, and manage your AUM recordings. Record, trim, convert, normalize, transfer, export, import, zip, unzip. Create folders, rename and move files and folders around, put everything where you can find it.

Use it to transfer files between apps and between your device and computer. For example, transfer your new track from your favorite music-making app and import into the AudioShare library, then share it on your SoundCloud account, or transfer it into other apps. Or record your live-jam from other IAA or Audiobus apps.

You can record directly in the app, from microphone, external audio interfaces, Inter-App Audio, or other Audiobus compatible apps. Preview and play soundfiles with waveform display and looping, trim and normalize soundfiles, and convert to other file formats such as M4A AAC or ALAC (Apple Lossless), WAV, AIFF, CAF with options for bit rate or bit depth and sample rate.