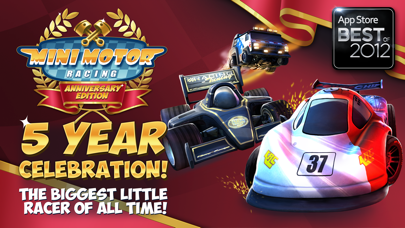 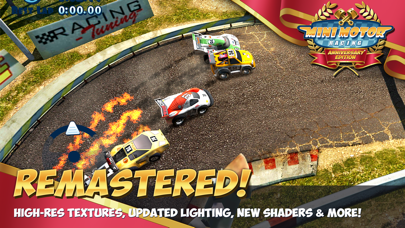 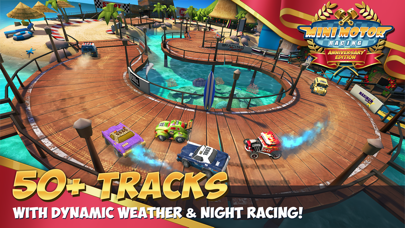 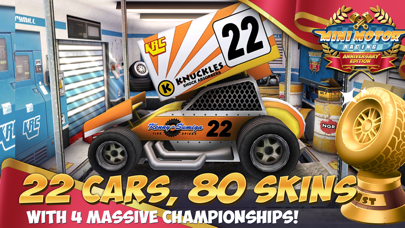 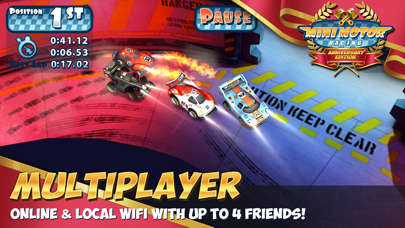 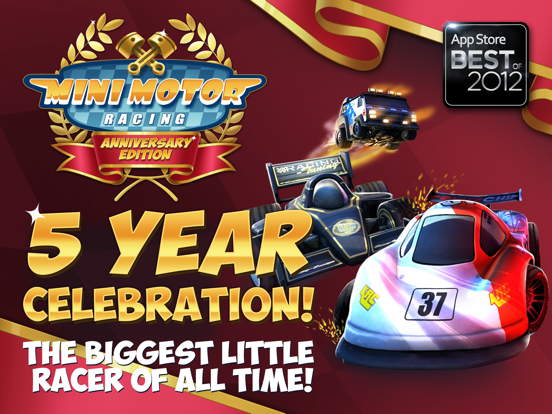 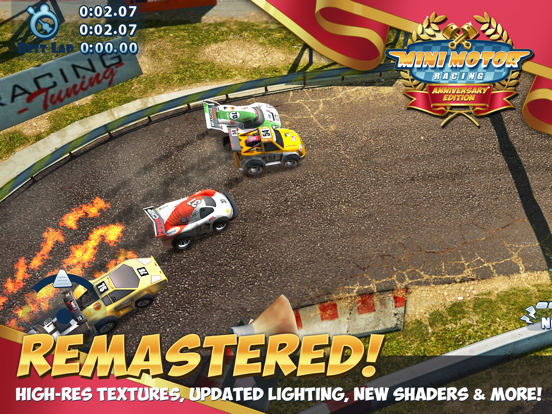 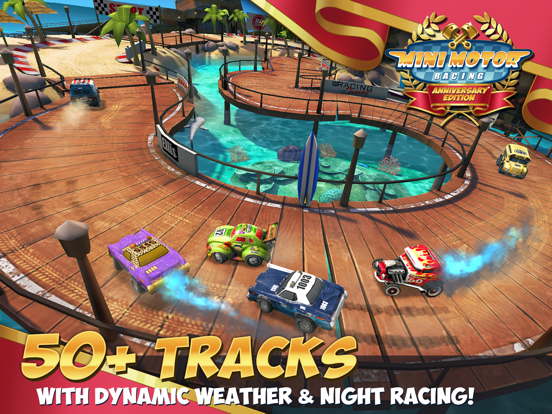 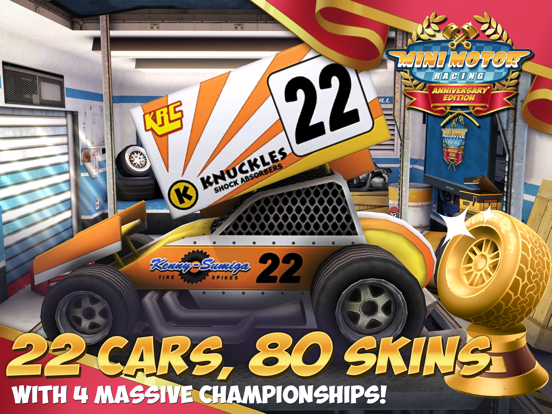 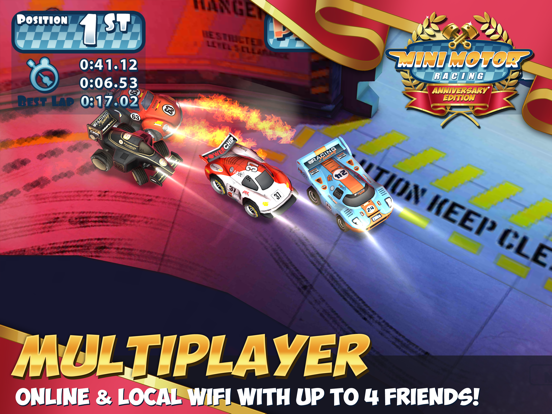 Start your engines! The most vibrant, super-charged racing game you’ve ever seen is here! And now it’s better than ever with the massive Anniversary Update!

Mini Motor Racing plays like a favorite remote-controlled car showdown, combined with modern tech to nitro-boost your engines! Play multiplayer against your friends or rivals, via WiFi, Bluetooth and ONLINE! Race in campaign competitions for big rewards! Upgrade your skills and cars to win more! It’s all here in Mini Motor Racing.

* YOUR CHOICE OF CARS. Race in fully upgradeable cars, each with their own unique handling and style! Whether it be Sports, Hatch, Big-rig, Pick-up, School Bus, Hot Rod…the list goes on!

* WIN RACES, WIN CARS! Win races throughout the game and you’ll find yourself behind the wheel of the sweetest rides around including the official Fruit Ninja buggy!

* MANY RACE TYPES. Race on over 50 tracks, day and night, in varying weather conditions

* ONLINE MULTIPLAYER. Up to 4 players – WiFi, Bluetooth or over the internet via random games or with friends.

* GAME CENTER SUPPORT. Invite up to four friends to play online via Game Center plus dozens of Achievements and Leaderboards!

* ENHANCED FOR LATEST iPhones and iPads. Full remastered tracks and effects for more eye-popping visual candy taking advantage of all that extra power!

All this, and no assembly required! There’s never been a better time to join in on the fun that is Mini Motor Racing!