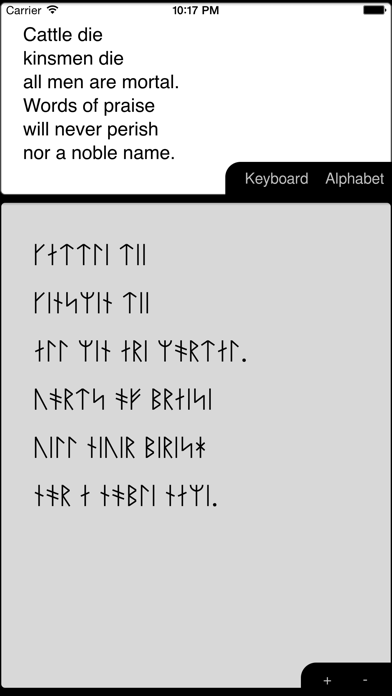 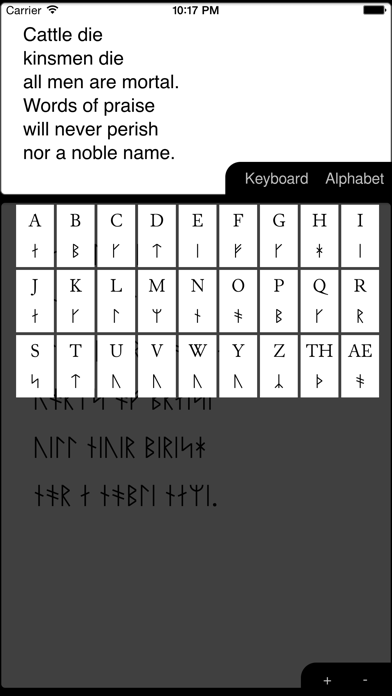 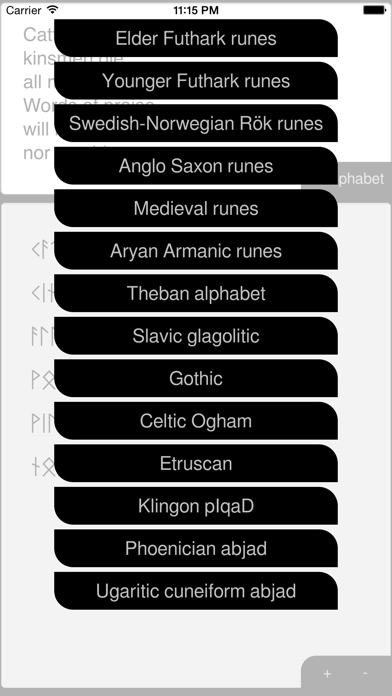 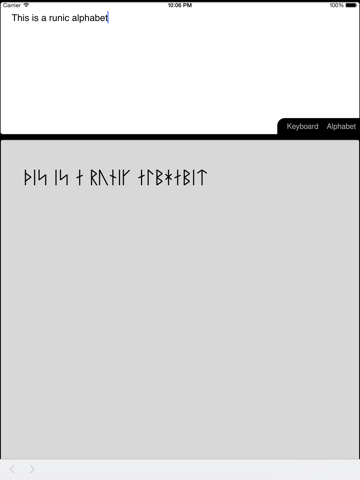 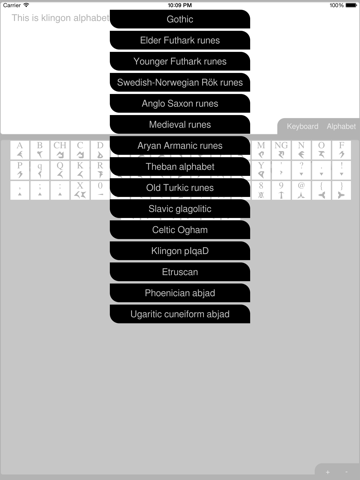 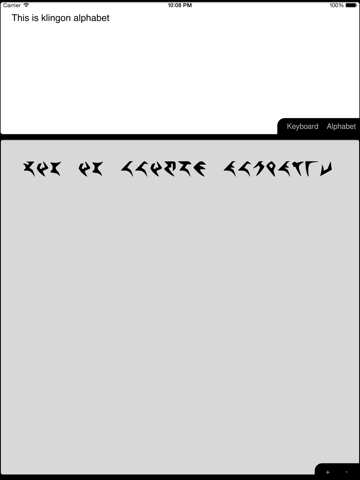 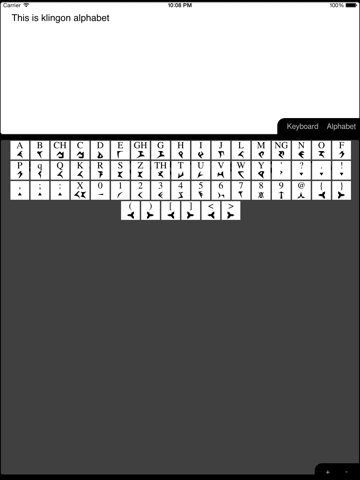 Output text is UTF encoded. Please note that not all programs can display the translated text copied from ‘Rune Writer’, because not all apps have the needed fonts installed. You see then only question marks or empty squares.

Not all Latin characters can be translated directly into ancient alphabets, as appropriate characters are missing (eg all or some vowels in Ugaritic cuneiform and Phoenician alphabet). If you see a not translated characters, then it is no error – the target alphabet is missing the required letter.

Let me know if you needed some other translations or features.