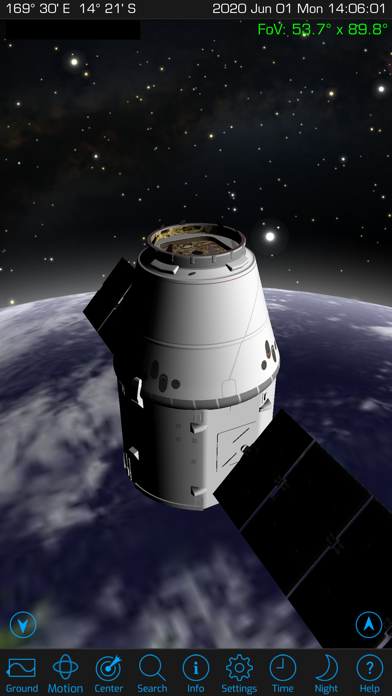 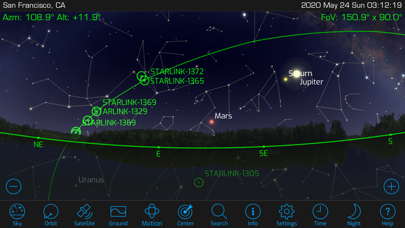 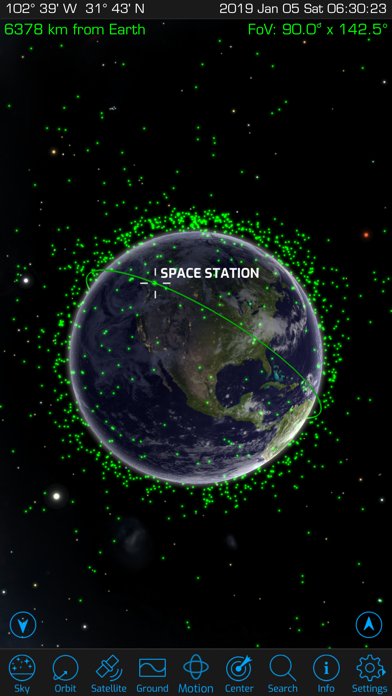 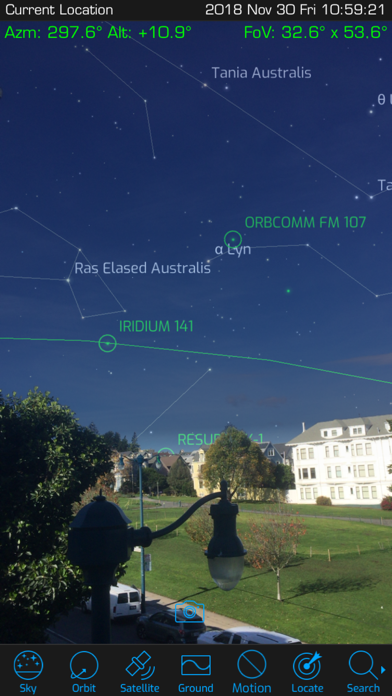 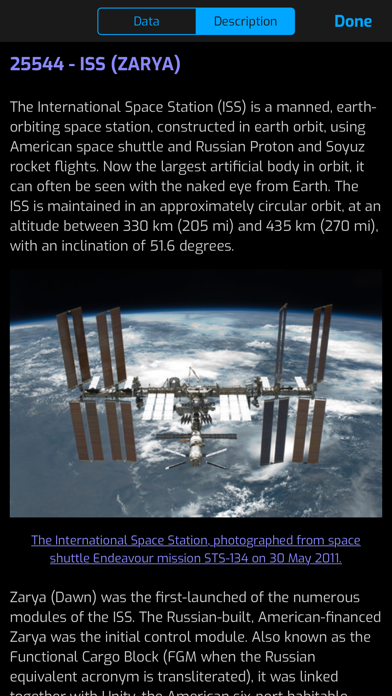 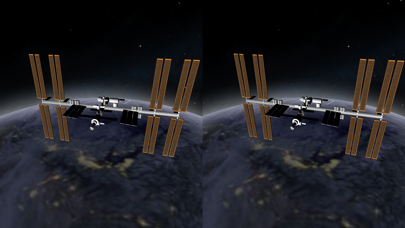 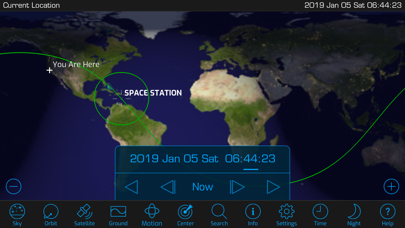 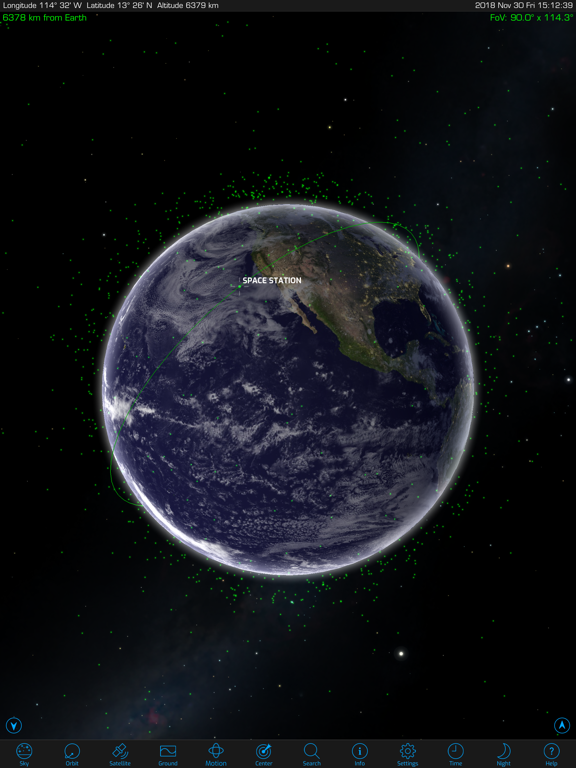 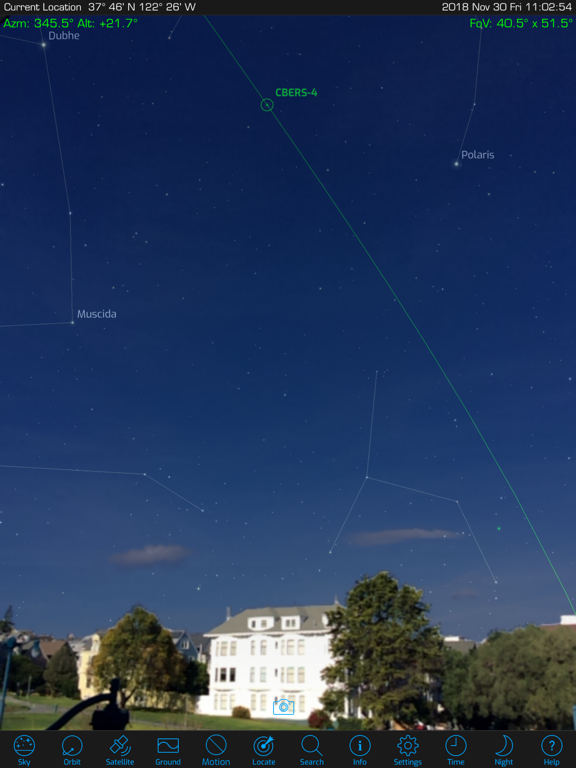 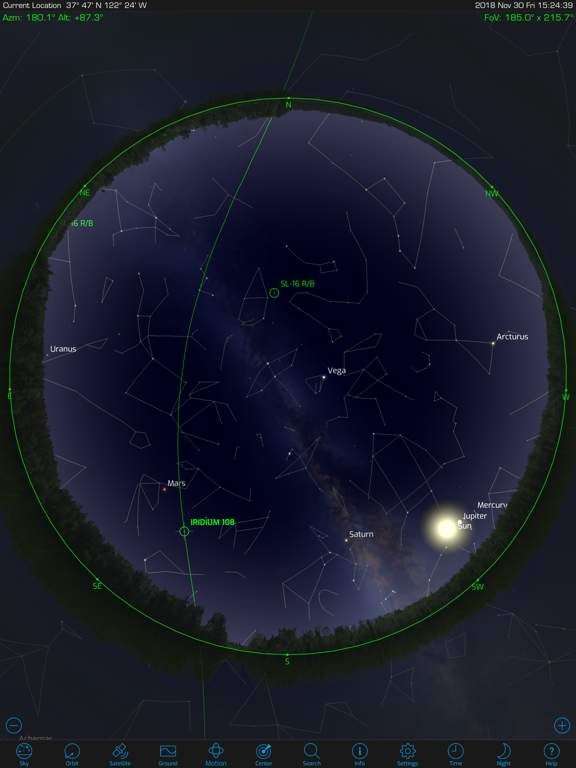 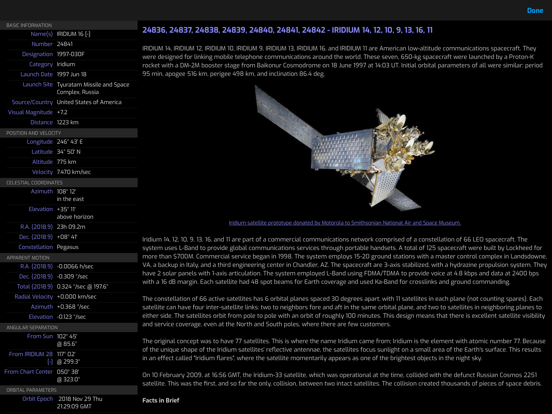 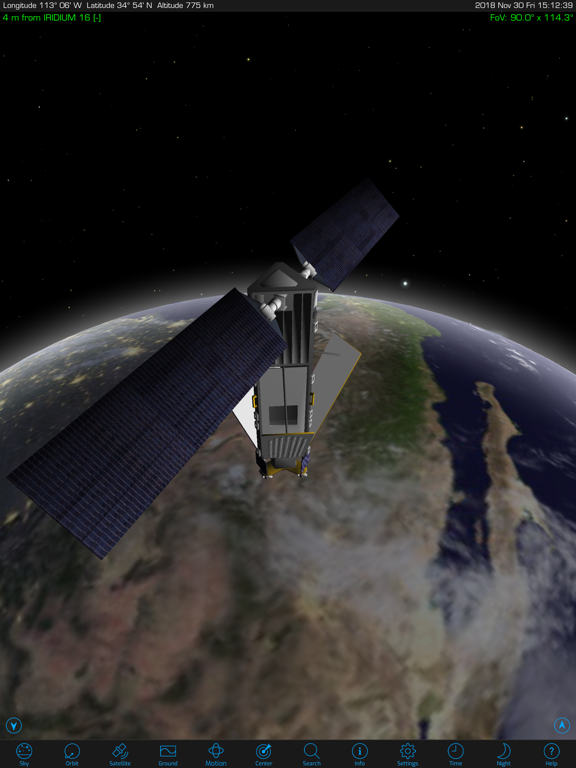 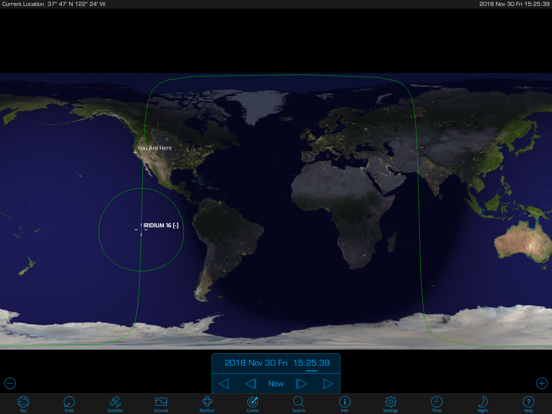 Orbitrack is a brand-new, Augmented-and-Virtual-Reality satellite tracker and spaceflight simulator! It’s your pocket guide to the thousands of spacecraft in orbit around our home planet.

3) Voice-controlled Virtual Reality mode that works with any smartphone VR viewer. iPhone only.

4) A true “augmented reality” mode that helps you find satellites in the sky by blending the sky chart with video from your phone’s camera. Works with Orbit and Satellite views too!

6) Updated descriptions for hundreds of spacecraft. Every satellite now has a description from n2yo.com.

8) Requires at least iPhone 6 or iPad Air with 64-bit processor and iOS 12 or later.

10) New Time Flow controls let you easily set the date and time, and animate the view.

If you’re new to Orbitrack, here’s what it can do:

• Track thousands of satellites. Orbitrack will tell you when spacecraft pass overhead, show you where to find them in the sky, and let you track them across the planet.

• Teach you about the International Space Station, Starlink, and hundreds of other satellites in orbit, with comprehensive mission descriptions.

• Show the view from any satellite, and see the Earth from orbit just as the “bird” sees it! Orbitrack includes detailed 3D models for dozens of satellites – see them up close from any angle!

• Stay on top of the space race. Orbitrack updates its satellite data from n2yo.com and celestrak.com every hour. When new spacecraft are launched, maneuver into new orbits, or fall back into the atmosphere, Orbitrack shows you what’s happening up there, right now.

Orbitrack isn’t just powerful – it’s incredibly easy to use! You don’t need an aerospace degree to become an expert satellite tracker. Orbitrack puts advanced capabilities at your fingertips, with the same intuitive touch interface you use every day.

The new VR mode is an out-of-this-world experience. Become an astronaut without ever leaving Planet Earth!