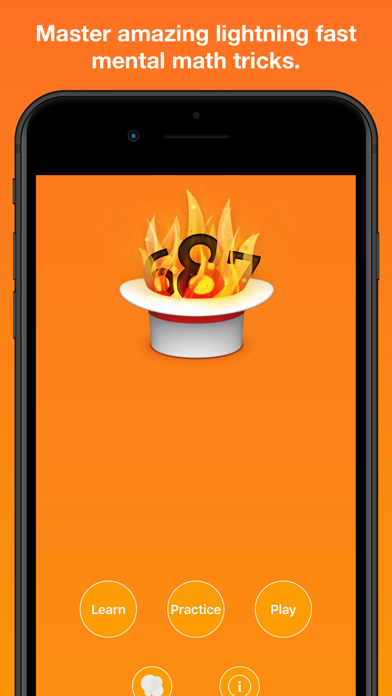 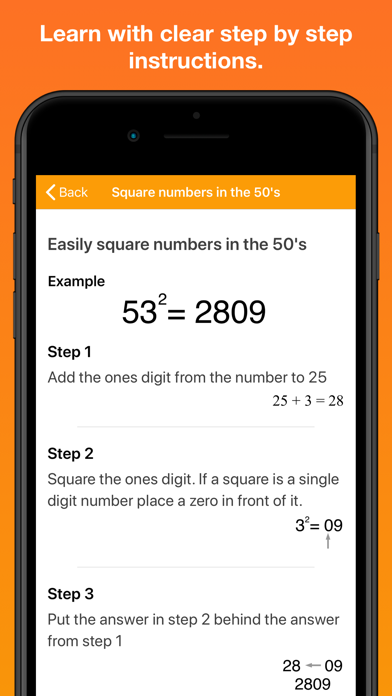 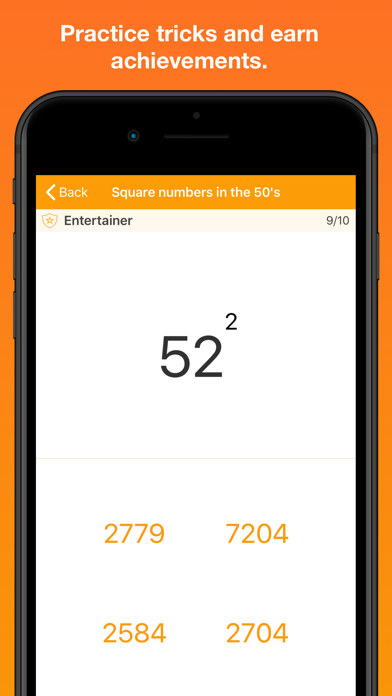 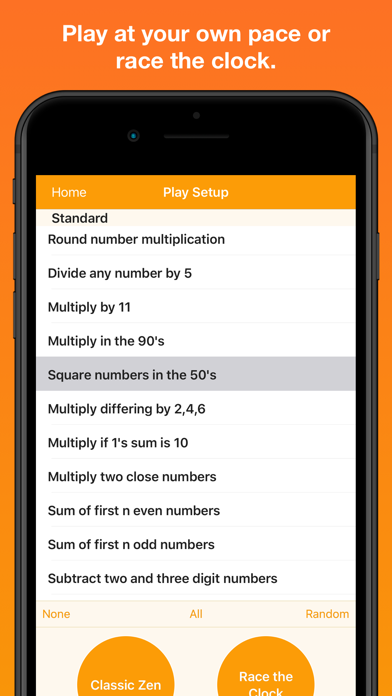 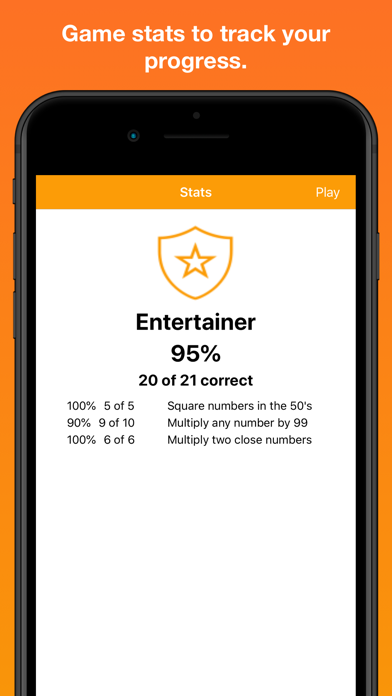 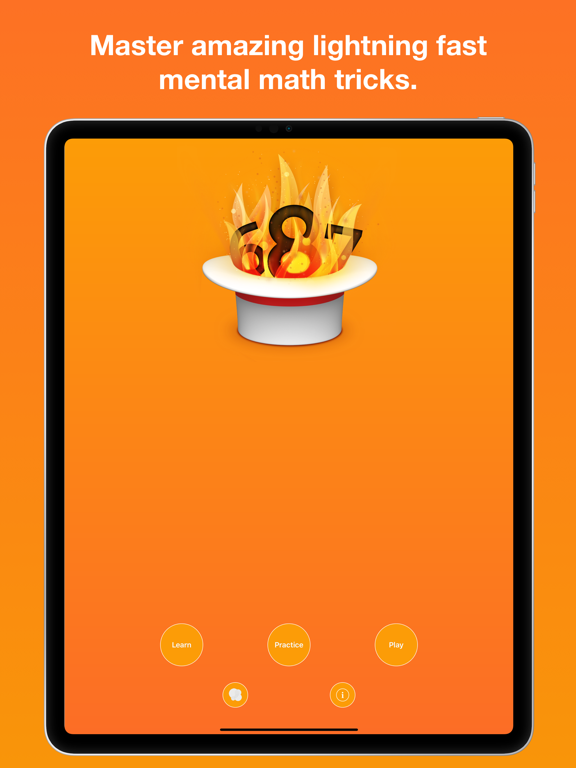 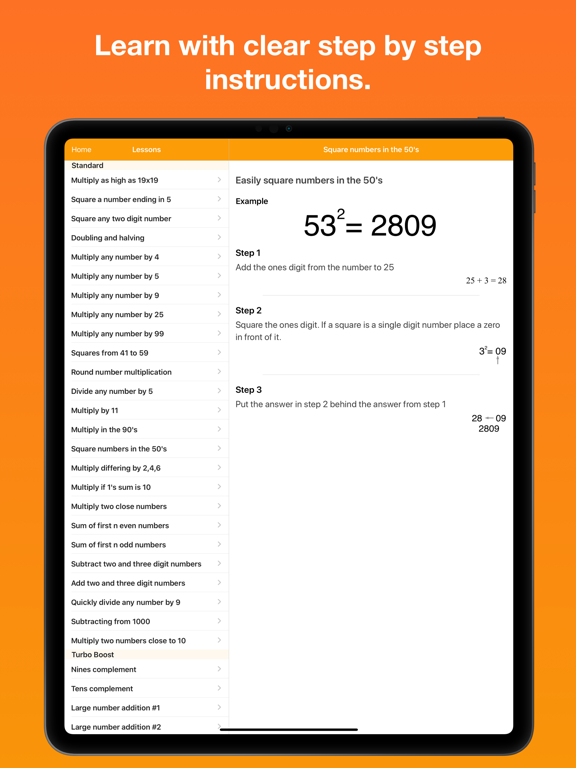 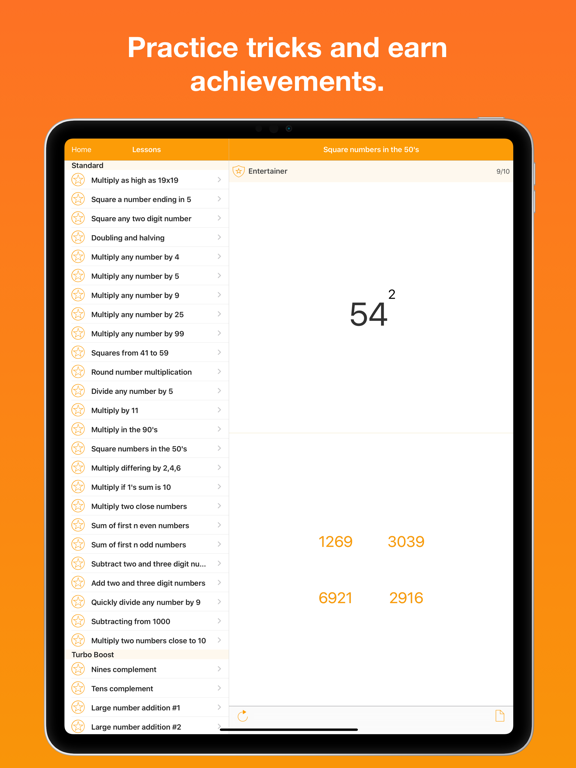 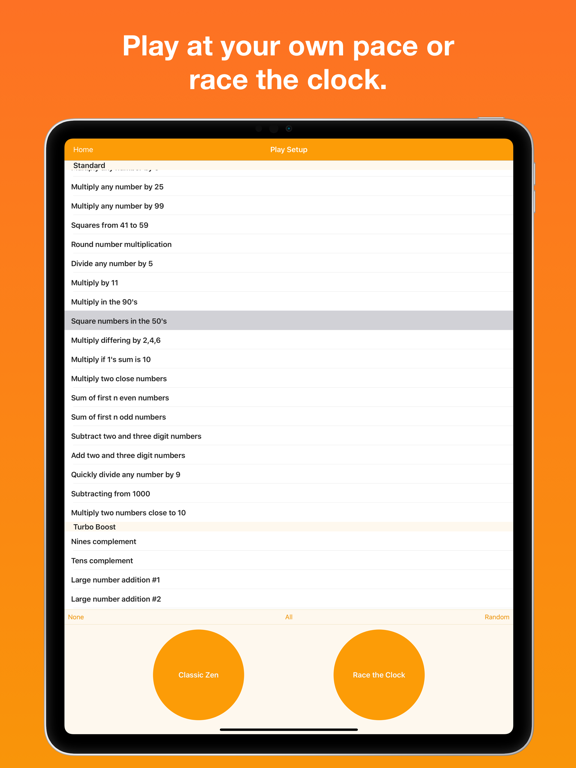 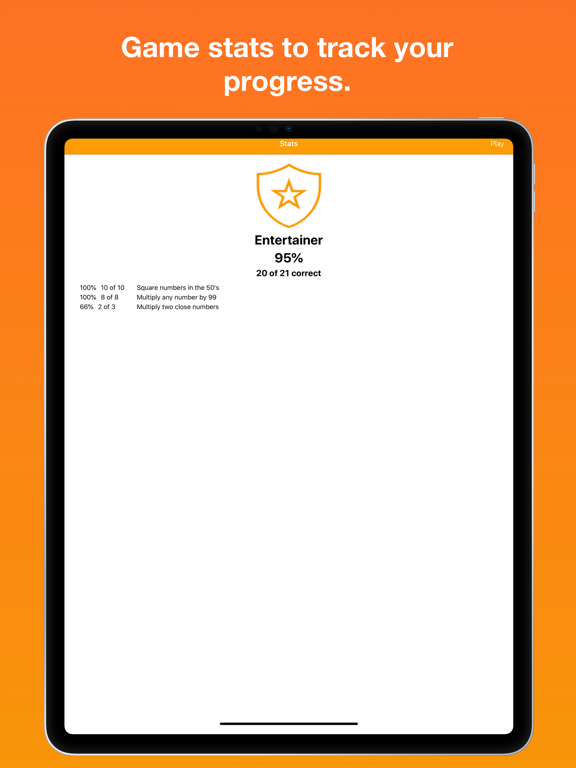 Amaze and delight others as you multiply, divide, and square at lightning fast speed. Learn and practice the tricks of mental math calculation in a fun and engaging application. Study any of the math tricks and then practice them as you progress through various levels of proficiency. Tease your brain with a quick practice session while waiting in lines, riding in the car, or on the plane. Only the basic math skills of addition, subtraction and simple multiplication and division are needed to achieve astonishing results.

Students: Baffle your math teachers by providing answers faster than thought possible.
Teachers: Inspire your students as you pull answers to math problems out of thin air.

Prepare for the math section on the SAT, PSAT, ACT, GRE, GMAT, MCAT, or any other standardized test. Don’t waste time with a calculator on the few tests that allow them. Use Mathemagics as a tutor to quicken up your test taking abilities.

Perfect training for the UIL Mathematics and Number Sense Contests.

Activate and challenge your brain to expand its ability to think efficiently and have fun at the same time. Train yourself to break problems down in to smaller more manageable pieces in order to reach solutions quicker and more accurately than anyone else.

May 2012
Featured in the App Store Test Prep promotion

March 16, 2010
Featured in the EU AppStores as New and Noteworthy

November 17, 2009
Featured as an AppStore Essential (Apps for Boys)