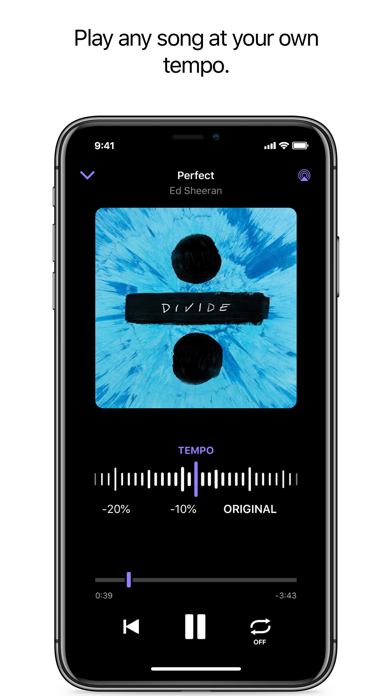 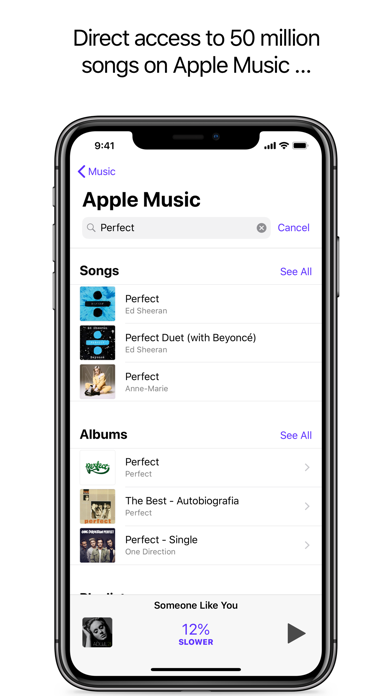 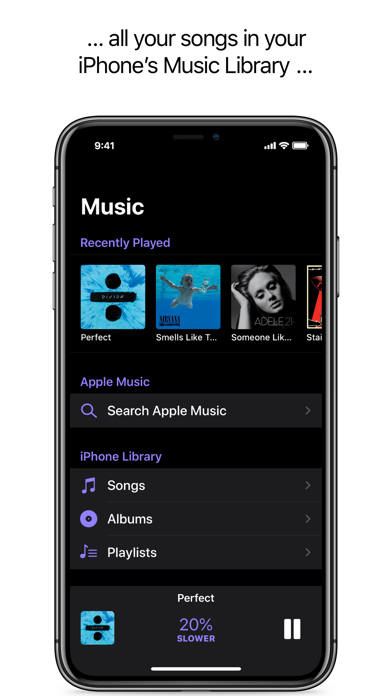 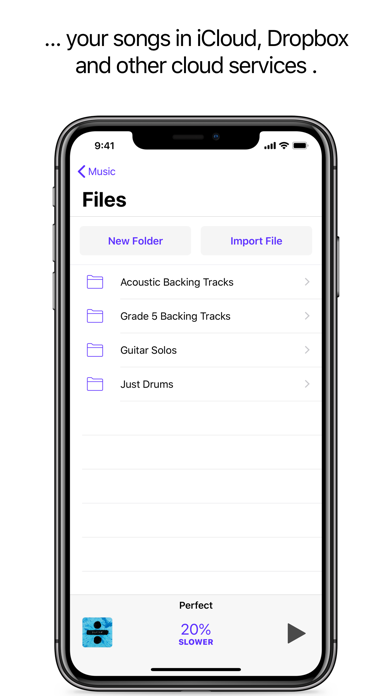 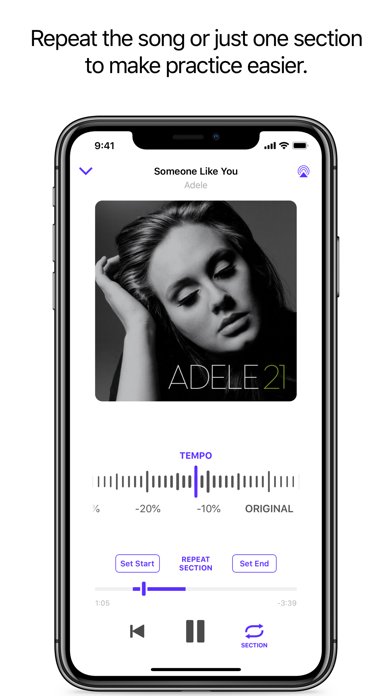 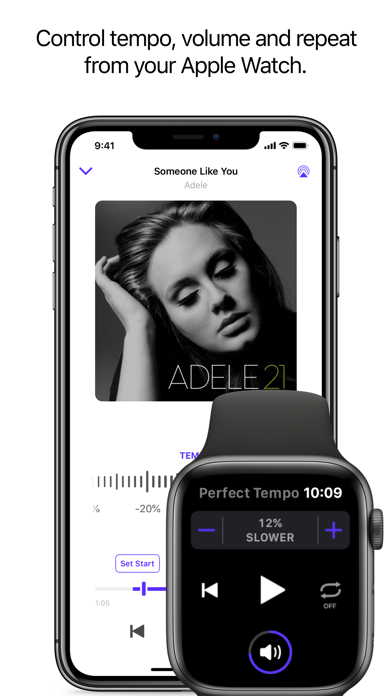 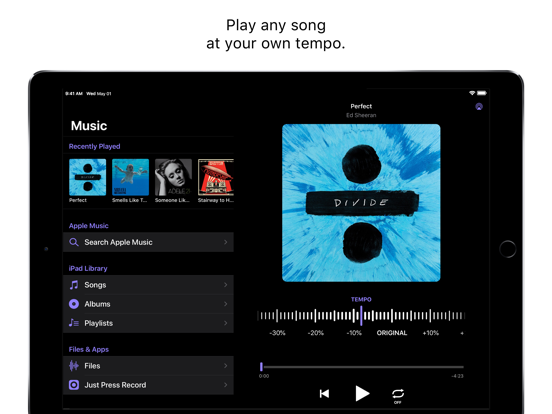 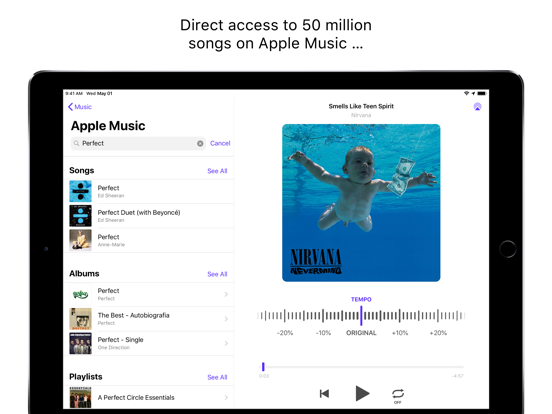 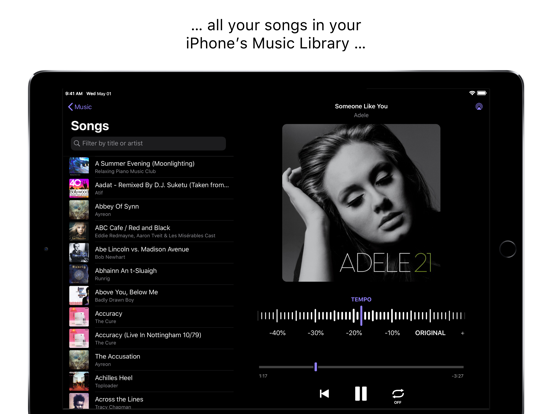 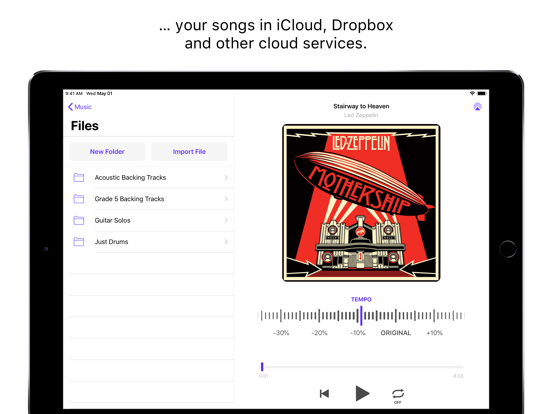 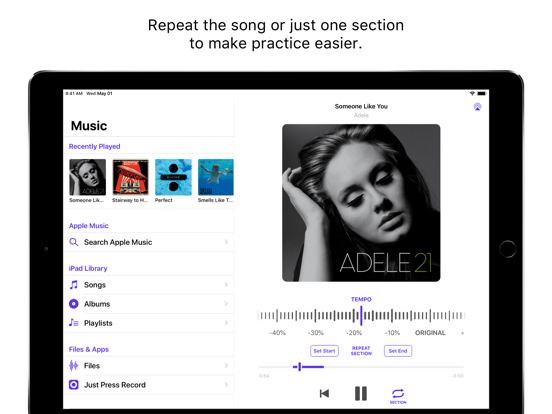 From the makers of the award winning Just Press Record comes Perfect Tempo, the only app which lets you speed up or slow down over 50 million songs on Apple Music, as well as your iPhone’s Music Library, without affecting pitch.

It’s an ideal practice tool for musicians and dancers. Play along or dance to songs at the speed you want without losing fidelity.

Play songs directly from Apple Music, from your iPhone’s Music Library or from iCloud Drive, Dropbox and other cloud services.

You can even change the tempo of any of your recordings made in Just Press Record!

Learn songs at your own speed.

Repeat any section of the song to practice a particular passage.

Rip your backing track CDs and play along to them at your own speed.

Practice your routine at the speed you want.

Put any section of the music on repeat to learn complicated steps.

• Fine control over playback tempo in 1% increments with a simple slider.

• Direct access to over 50 million songs on Apple Music as well as all the songs in your iPhone’s Music Library.

• Import backing tracks and other audio files stored on cloud services such as iCloud Drive and Dropbox.

• Direct access to all your recordings made in our app Just Press Record.

• Use your Apple Watch to control tempo, volume and repeat right from your wrist.

• AirPlay support for output to wireless speakers or Apple TV.

• Change the key (transpose up or down) of locally stored DRM-free songs imported into the app or from your iPhone’s Music Library. (Missing the pitch controls from the last version? Re-enable them in the Settings app > Perfect Tempo. Then swipe left on the album artwork when playing a song).

Apple Music support is back!

iOS 15.5 restores the ability for apps to adjust the playback speed of songs from the Apple Music catalog. As a result, Perfect Tempo will once again display and play songs from Apple Music when running on iOS 15.5 or later.

When running on iOS 15.4, Perfect Tempo will not show Apple Music content.