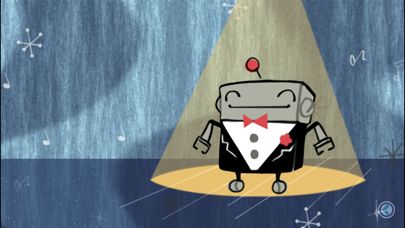 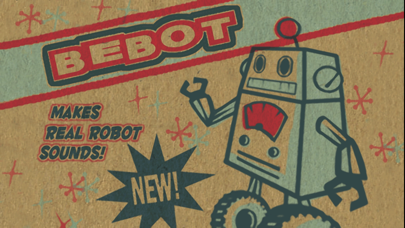 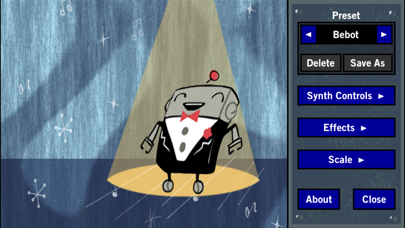 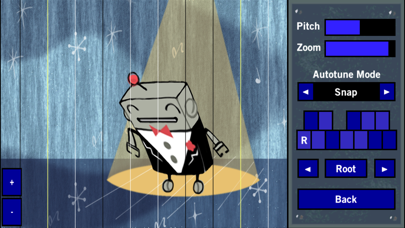 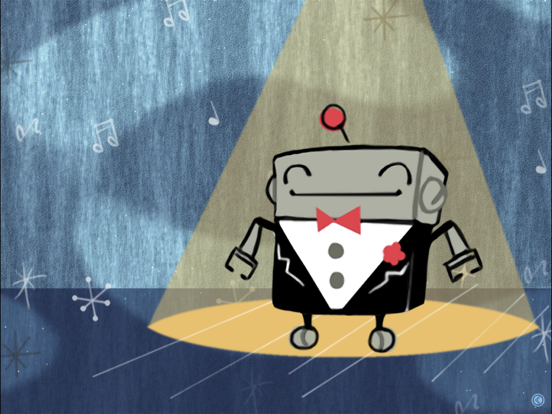 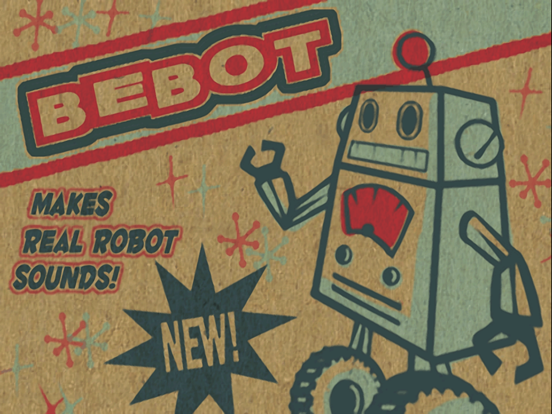 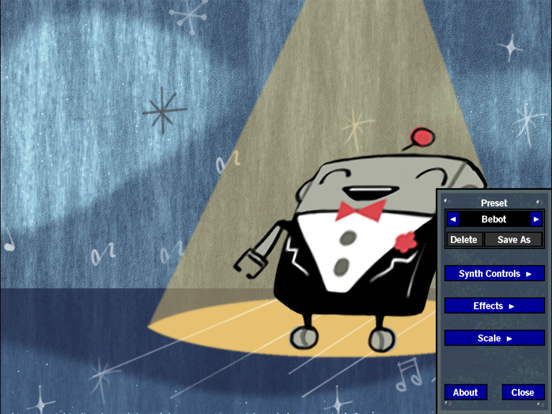 Bebot is a musical instrument that anyone can play. Instead of a keyboard, it has an easy-to-use touch control system. And it’s all built into a friendly animated robot, who performs your music while you play.

Although it looks simple on the outside, inside is a powerful synth engine which lets you create and edit your own sounds and apply effects. The controls are easy to use, making it fun to tinker and experiment with sound. If you just want to get playing, there’s also a wide selection of preset sounds.

The touch control system lets you lock in a scale so that you’ll never play a wrong note, which makes it easy to play, even on your iPhone. It’s polyphonic, which means you can use multiple fingers at once to play chords and harmonies. Plus, you can perform sweeping slides and expressive gestures that would be practically impossible on a regular keyboard.

While it’s designed to be simple and fun, that doesn’t mean it’s only for beginners. Bebot has been used both on stage and in the studio by accomplished musicians and performers including Dream Theater, How To Destroy Angels and The Flaming Lips.

To see and hear Bebot in action, check out the demo videos at normalware.com, including a walkthrough demo by keyboard wizard Jordan Rudess.

Now with Audiobus and Inter-App Audio, you can connect Bebot to other apps such as GarageBand to record, multitrack and add effects, making Bebot more versatile and useful than ever. For more information about Audiobus, visit http://audiob.us/