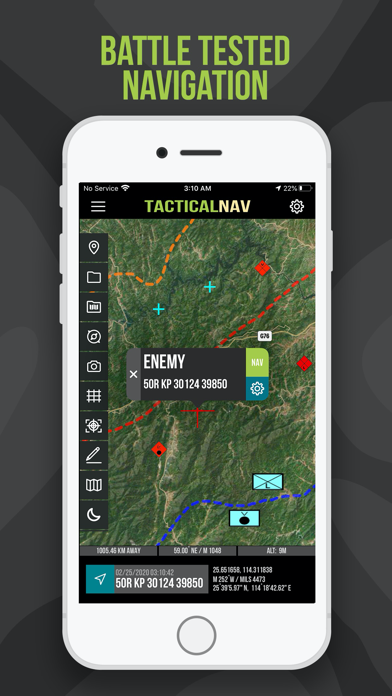 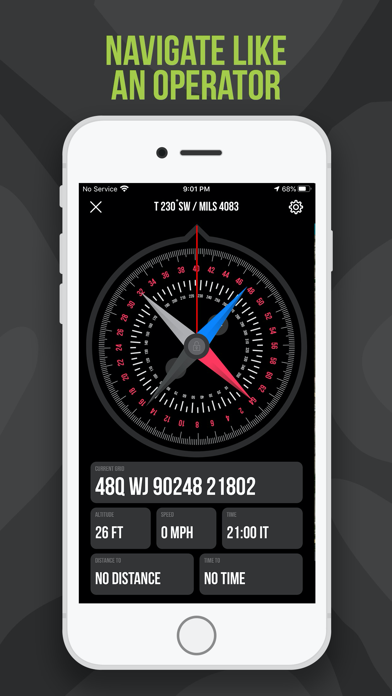 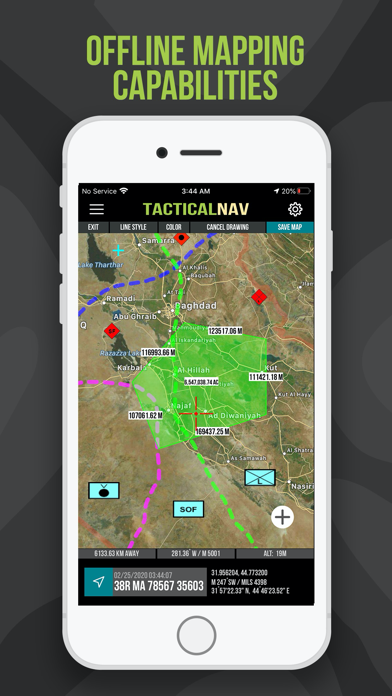 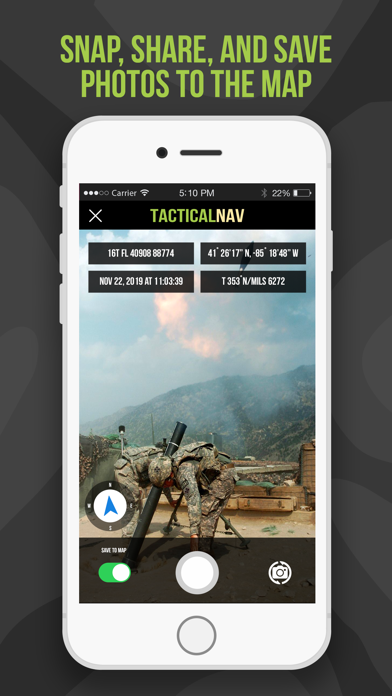 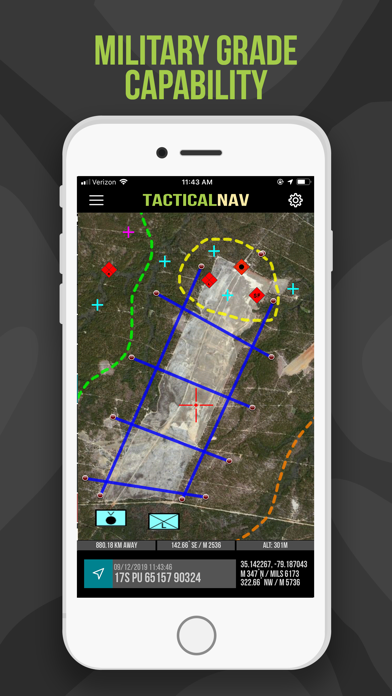 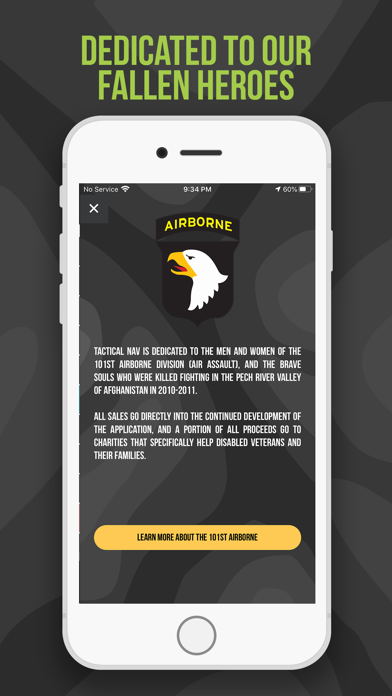 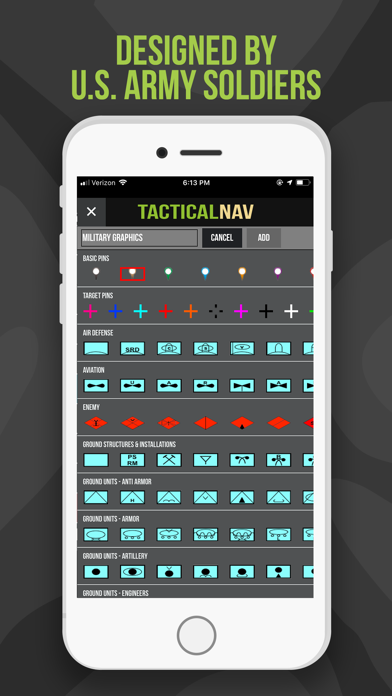 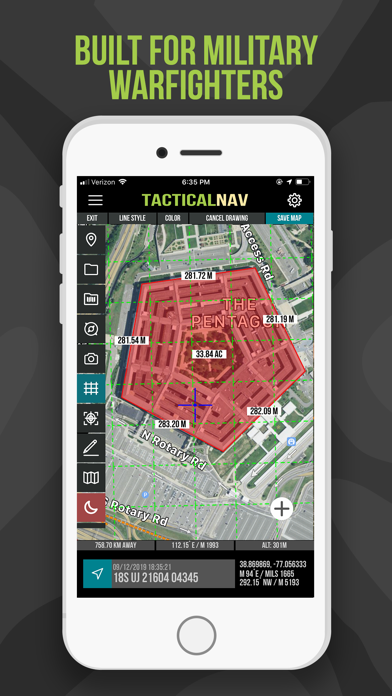 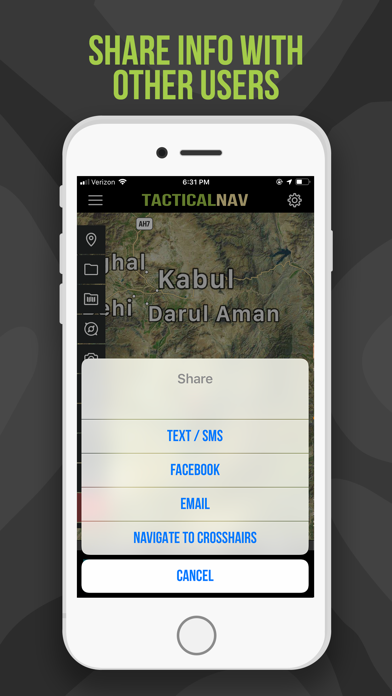 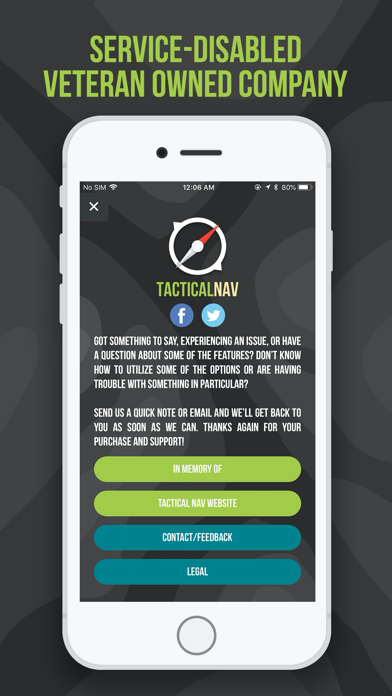 Built from the ground up in the rugged mountains of eastern Afghanistan, Tactical NAV comes from the mind of a U.S. Army Field Artillery officer who had a vision of creating a low-cost and highly accurate tactical navigation platform built specifically for military service members.

After pitching the idea and being turned away by the Department of Defense on multiple occasions, Captain Springer remained resolute in his mission to continue developing Tactical NAV — even to this day. His ultimate goals were (and still are) to make a difference for other Soldiers and honor the men and women who were killed and wounded in battle.

He ended up using his life savings to continue moving forward with the Tactical NAV project, all with the ultimate hope of saving military lives and helping his fellow service members accomplish their mission at home and abroad.

Tactical NAV officially launched on the App Store on February 14, 2011.

Our vision is to assist and support our nation’s service members with their mobile navigational needs and further enable them to operate and win during Multi-Domain Operations (MDO).

Tactical NAV’s performance is on par with the AN/PSN-13 Defense Advanced GPS Receiver (DAGR), and it has the feedback to prove it.

Purpose-built by Soldiers and created to save military lives, Tactical NAV was the very first MGRS-focused app on the App Store. It has proven to be effective across a multitude of environments all throughout the world.

Tactical NAV has been successfully evaluated against other software platforms and devices such as Nett Warrior, JCR, BFT, JBC-P, and ATAK. Its accuracy is within 1-to-3 meters of these officially approved systems issued by the Department of Defense.

Tactical NAV contains in-app purchases (IAPs) and subscriptions. Currently, tactical drawing mode is available as an in-app purchase, and offline mapping is also available to users as either a monthly or yearly subscription. All revenue generated from these features goes towards further developmental coding and updates, and a portion of all proceeds are donated to charities that specifically benefit disabled veterans.

• A military-quality precision targeting platform
• Purpose-built for the individual Soldier
• Offline mapping capabilities (complete usage of the TACNAV platform with no emission of a cellular signal)
• WGS 84 standard (MGRS, UTM, BNG, and USNG coordinates)
• Tactical drawing mode (e.g., useful for Joint Fires planning, creating overlays, route planning, and so forth)
• Waypoint plotting functionality with military graphics (per FM 1-02.2)
• Compass “FastLock” function for capturing quick azimuths
• Snap and save photographs onto the main map for intelligence purposes and AARs
• Location, waypoint, and photo sharing capabilities (via email and text)
• One-button night mode function for low-light situations
• “Go to Grid” option for intelligent pinpoint planning and drawing of overlays
• Created and tested to ensure utmost accuracy and reliability
• iOS native code built for austere and contested environments
• And so much more!!!

The Department of Defense does not endorse Tactical NAV, nor should it be used in life-threatening or combat situations in place of a government-issued device.

Thank you for supporting Tactical NAV. Here’s what’s new in this latest version:

I hope you and your family are well, and please know how much I appreciate your continued support.

In this latest update, we’ve made additional improvements to the app and have also fixed numerous bugs from the previous release. Also, thank you so much for the outstanding feedback and input.

Bottom line, if you ever have any questions or issues regarding Tactical NAV or need anything at all, please email me directly at [email protected]