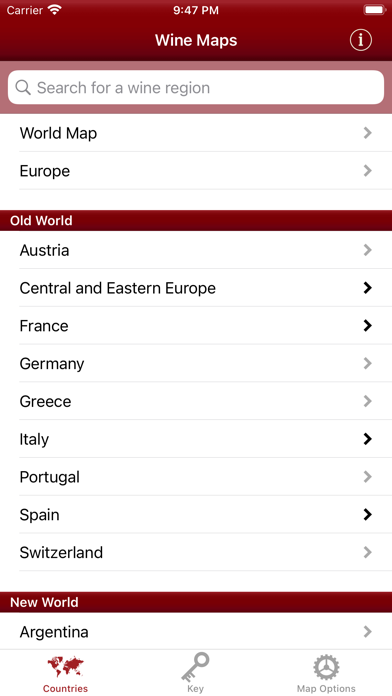 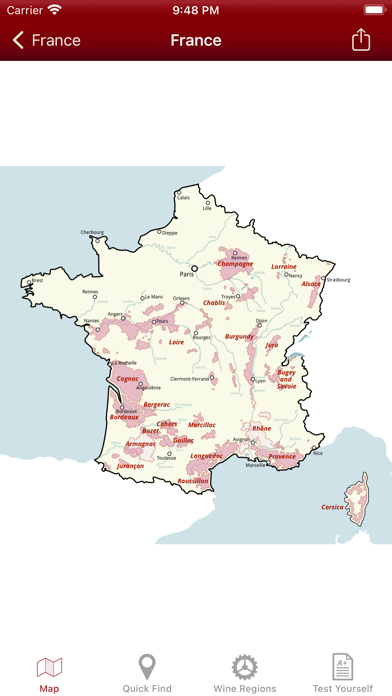 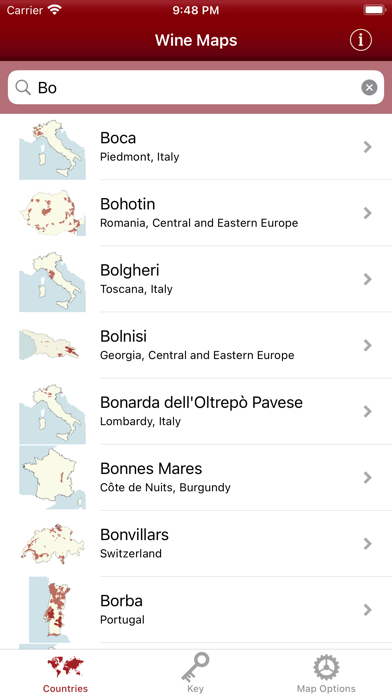 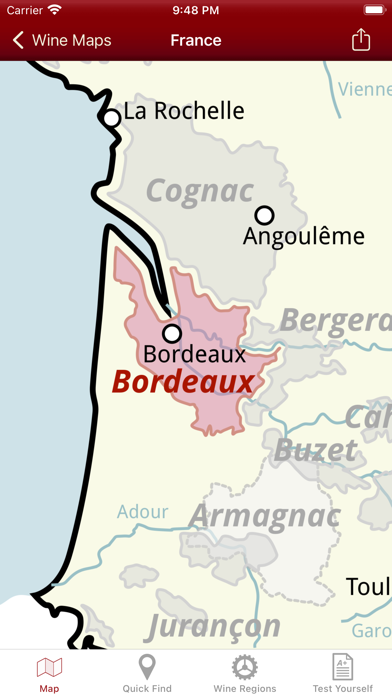 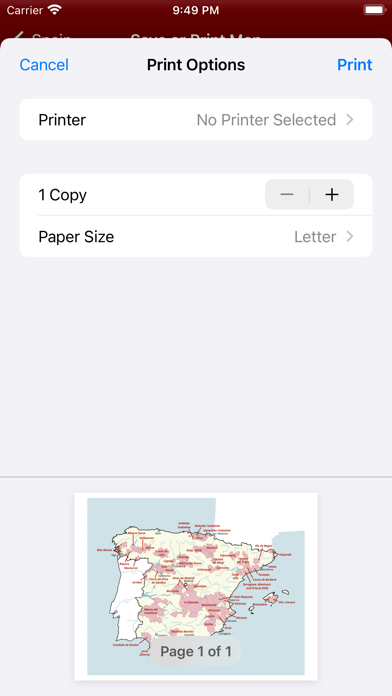 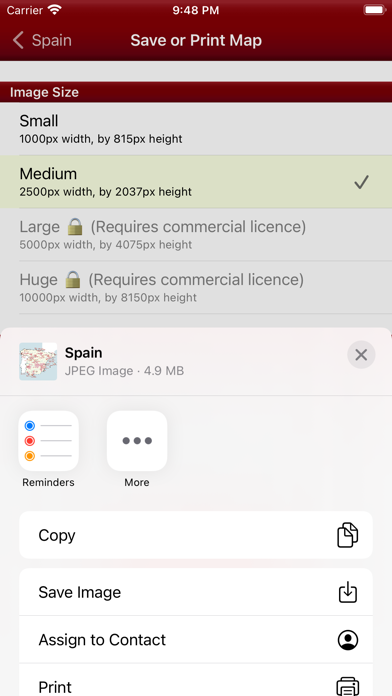 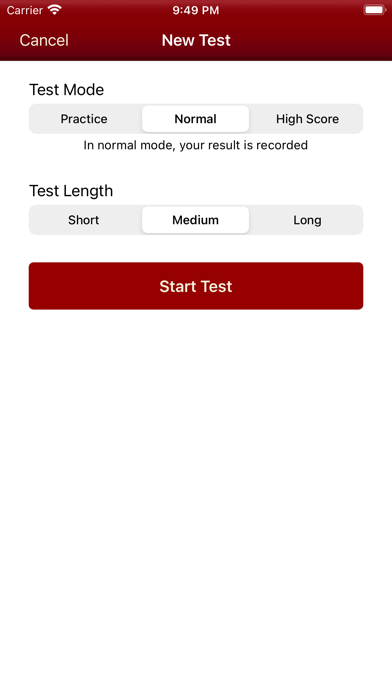 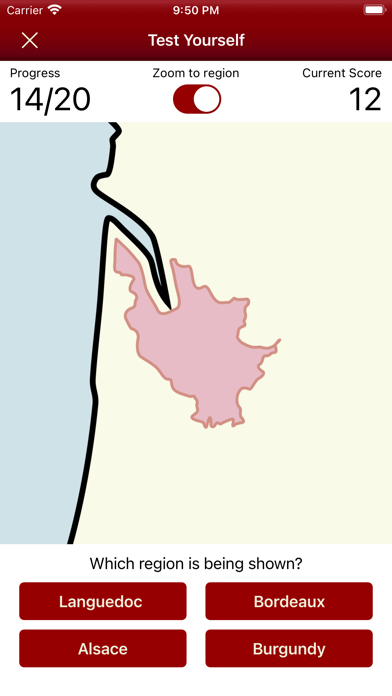 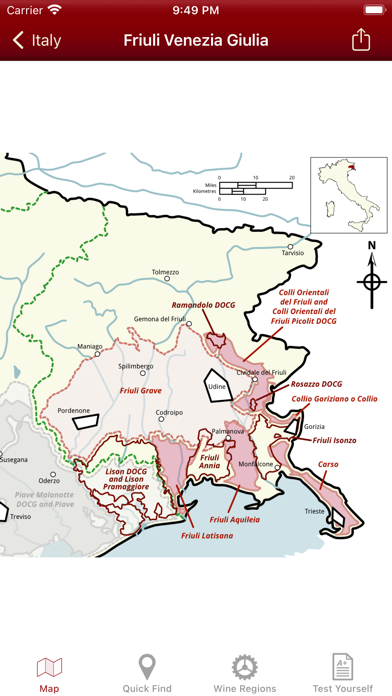 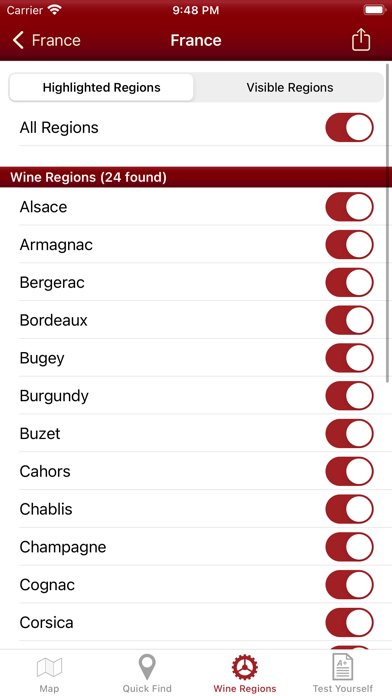 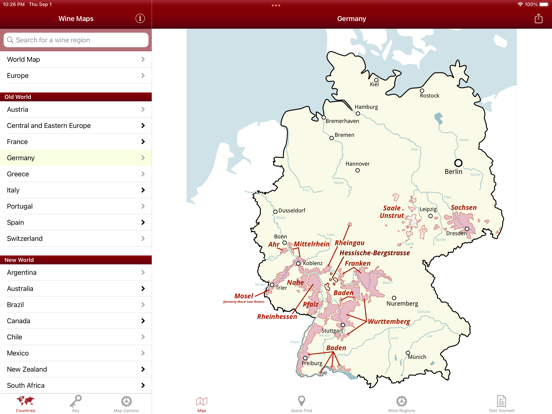 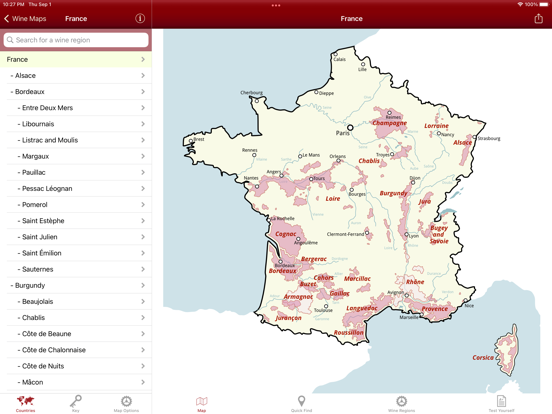 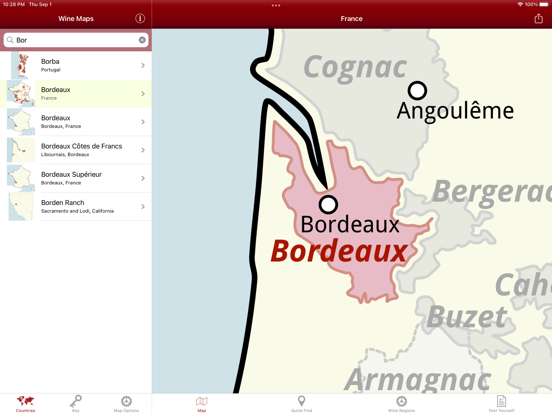 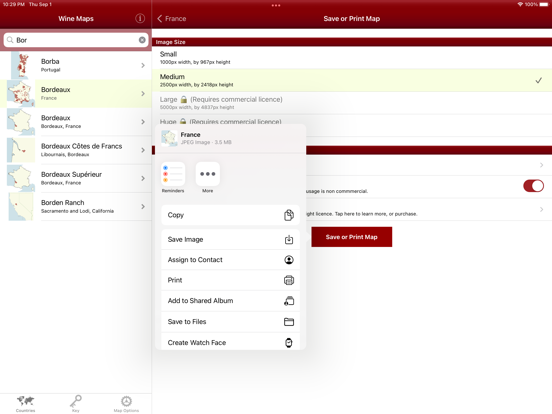 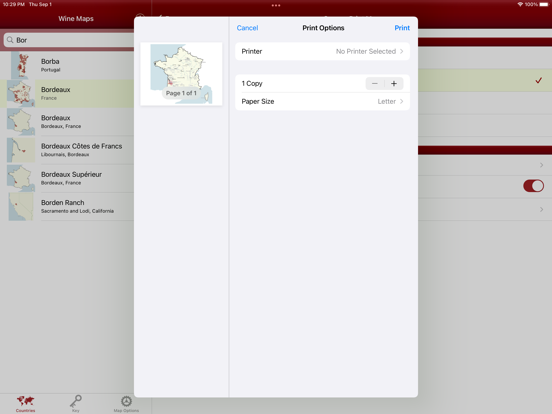 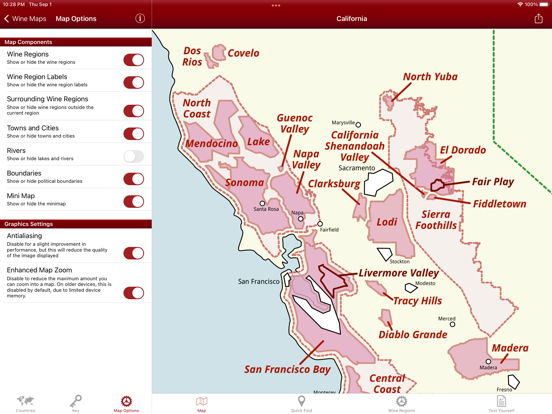 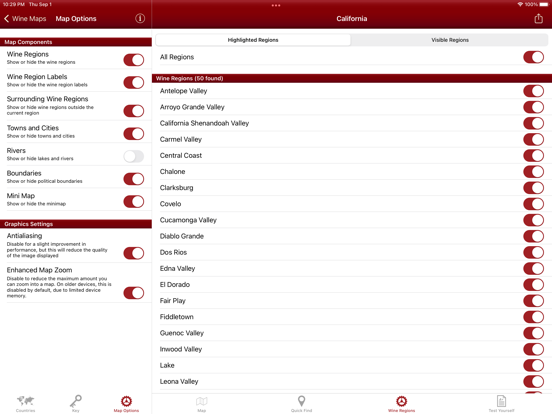 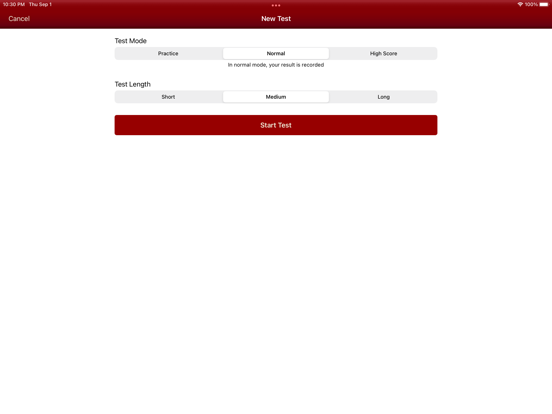 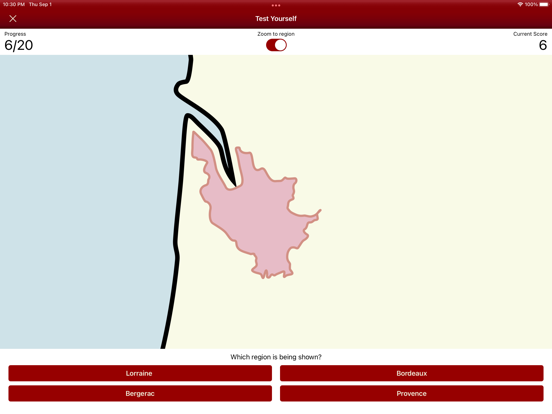 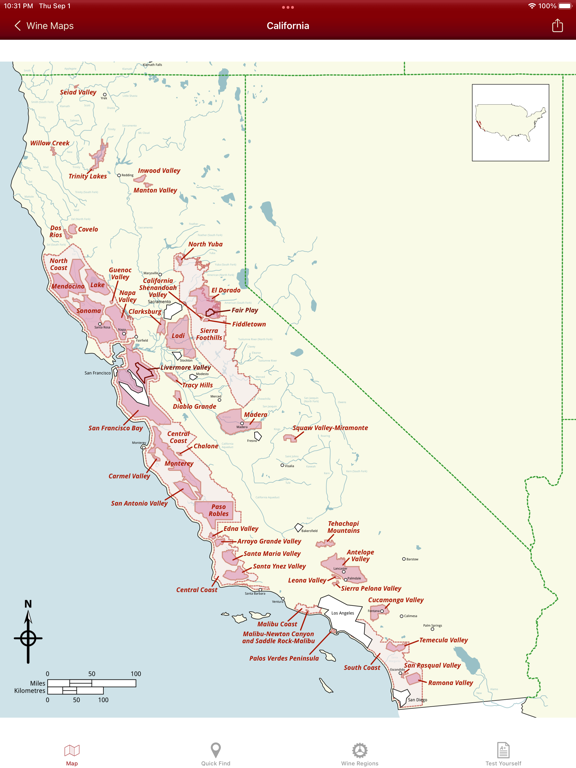 Wine Maps focuses exclusively on mapping the wine regions of the world. It offers one hundred and twenty two maps, defining the wine regions. It is NOT an encyclopaedia of wine, and does not give any textual definitions or comment. Wine Maps is a purely visual reference, which allows you to search for the location of a wine region. With the exception of the top wineries in Bordeaux, individual vineyards do not appear on the maps. There’s just too many of them!

Each map is one or two taps away from the main screen. Simply choose from the main wine region list, and you instantly have a map of that region. You can search for regions by name, and Wine Maps will neatly zoom into its location. The surrounding regions will be greyed out to highlight the selected region. Each map has the wine regions clearly presented, along with rivers, cities, and major towns.

You can adjust the major components for map. for example to hide the labels for wine regions. You can hide the rivers, or the towns and cities. On each map, controls are provided to show, grey out, or hide individual wine regions.

For commercial users, who would like to make more extensive use of the maps, an in-app purchase has been added. This provides a licence to distribute maps, via websites, videos, presentations, and more.

Wine Maps is also bundled with a companion app for your Apple TV. Allowing you to show off your wine knowledge, and TV simultaneously!

Feature Summary:
• Locate one of 1500+ wine regions in seconds
• 130 Maps covering 25 countries
• Accessible top down approach
• Maps can be printed, or exported as images
• Test yourself, to help with learning the world’s wine regions
• A licence for commercial distribution is available as in in-app purchase
• Maps can be altered. For example, to hide labels, rivers, or towns and cities.
• Individual wine regions can be hidden, or greyed out
• Works offline
• iPad, iPhone and Apple TV support
• Currently on its 27th update. Wine Maps is actively developed (now with a version for the Mac desktop).

If you have purchased the Commercial Licence in-app purchase. All images generated are issued under the “Creative Commons Attribution-ShareAlike 4.0 International Public License”.
https://creativecommons.org/licenses/by-sa/4.0/

By purchasing Wine Maps, or the Commercial Licence in-app purchase; you agree to adhere to the terms of the licence, which is appropriate to your purchase.

Your personal data (Name and Email) would only be collected in the event of you choosing to email the developer for support.