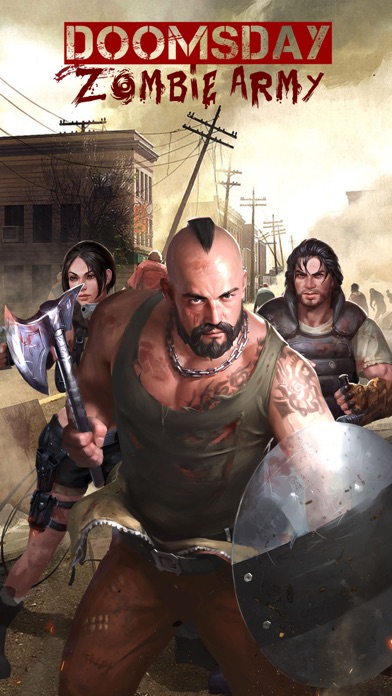 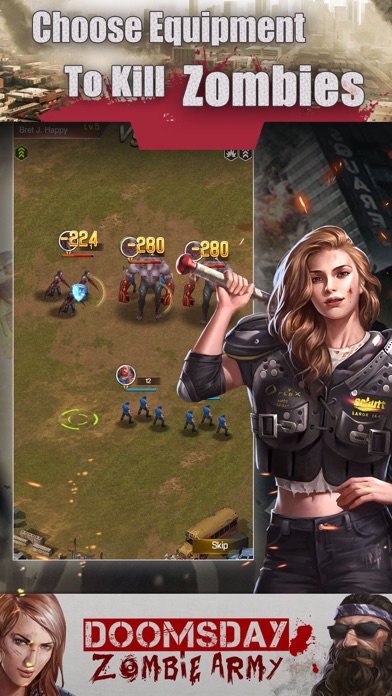 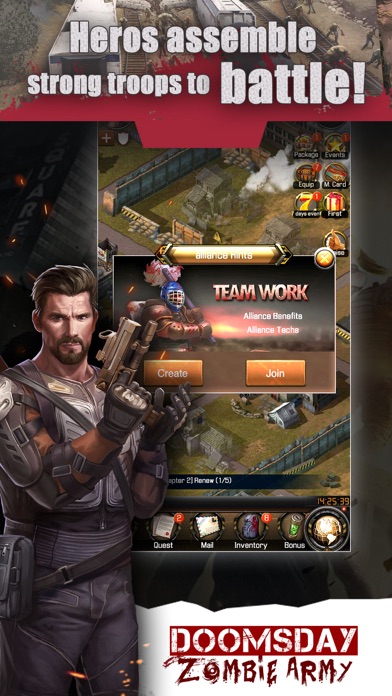 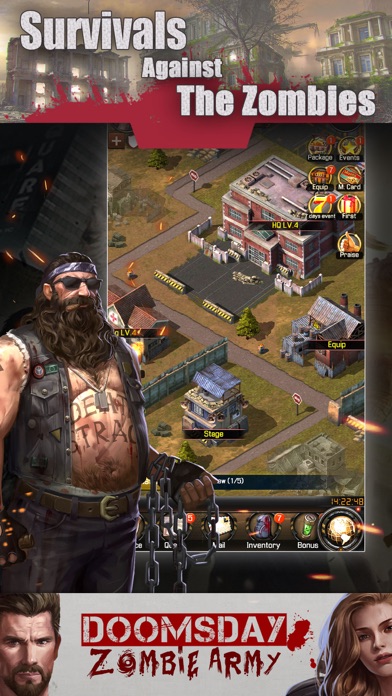 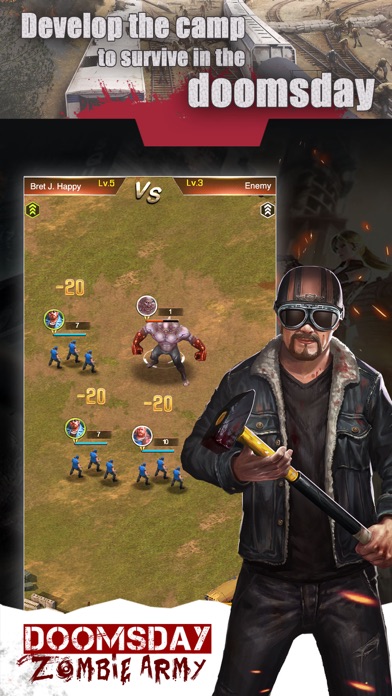 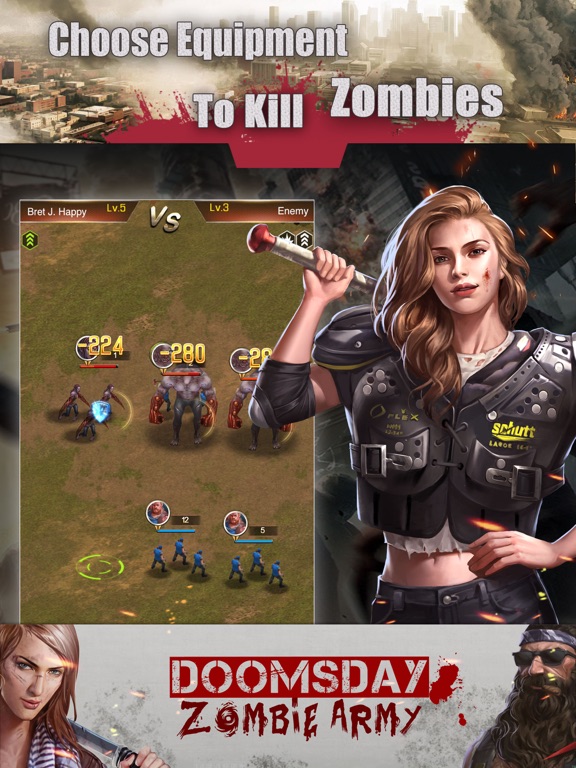 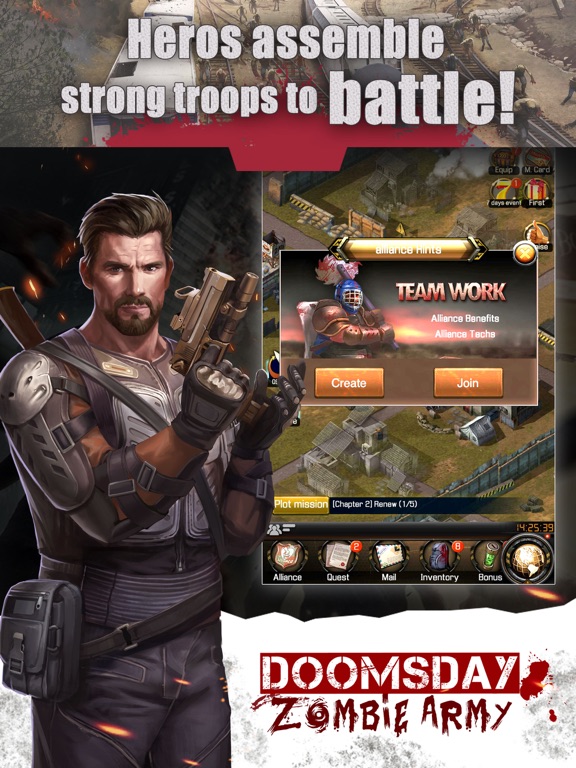 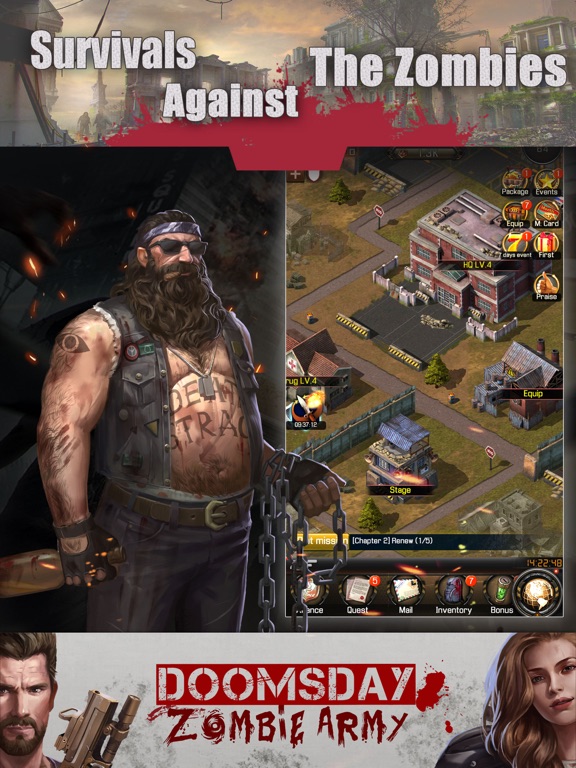 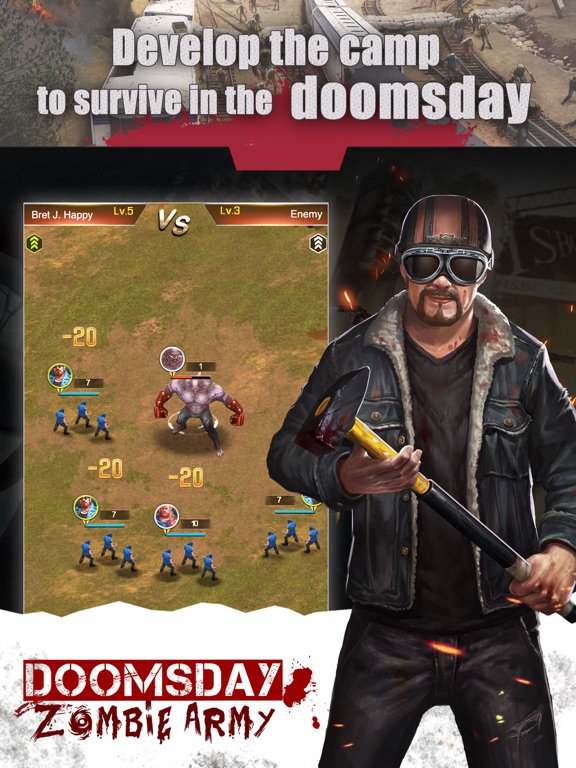 Welcome to the Doomsday：Zombie Army! The number of zombies grew rapidly since the accident happened. Several researchers of T virus lab got affected by mistake. After that,things have been worse and worse. Clashes broke out between zombies and humans,but it was a disaster. Once a soldier fell down,he/she turned into a new zombie. We suffered a 97% lost in population within only one year. It seems doom is coming!

However,survivals kept the hope for human being. They escaped from the dead cities and build solid survival camps. The scientists in camp discover the weakness of T virus and make the vaccines to avoid the transition from dead to zombie. It’s the time for us to give an end to the zombies’ empire. Kill them all,and retake and rebuild our city,our home!

PLEASE NOTE! Although Doomsday：Zombie Army
is a free strategy game,some gold bar packs can be purchased in game for real money to help you develop your camp and enhance your army troops. Please do not share your account with others,you may lost it after sharing. Also,under our Terms of Service and Privacy Policy,you must be at least 12 years of age to play or download Doomsday：Zombie Army
.

FEATURES
– Undead Zombie
Endless Zombies occupied the stations,malls and even cities.
Even in the survival camps,people also suffers from the attack of the unknown zombies.
Living in the Nightmare World,people must be strong and smart!

– Survivor
We have Survivor Bonuses for every new commander.
Quest help commanders develop the Survivor camps quickly and effectively.
Commanders can assemble the survivors and build up a powerful army!
Do you want a Massive Empire to defend and even eliminate the zombies? Join us!

-Love & Rescue
While defending the zombies,Love and Friendship spread among the companions.
Besides,most family members of survivors are still in the city occupied by the zombies,we must rescue them as soon as possible.

– Ally & Traitor
Walk through the dead zone,commanders should be allied with the others. The unity of survivors produces endless power help people overcome the problems one by one. However,the most threat doesn’t come from the zombies. Some allies have the ambition more than sweeping out the zombies. They betrayed their companions and try to control the zombies. All they want is ruling the doomsday! We need hero to stop them!

-Worldwide Players
No matter where you are,no matter who you are. Commanders get together in Doomsday：Zombie Army
. Defend the zombies with the friend with all over the world! Work together to give an end to the clash of Zombie world. Or you want rule the world? It depends on yourself!