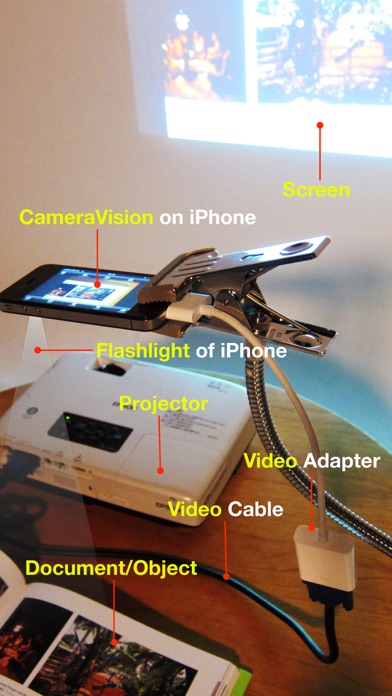 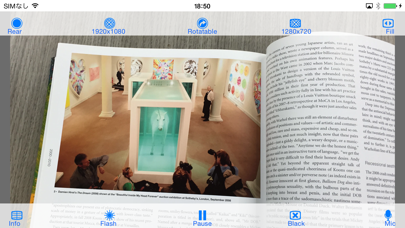 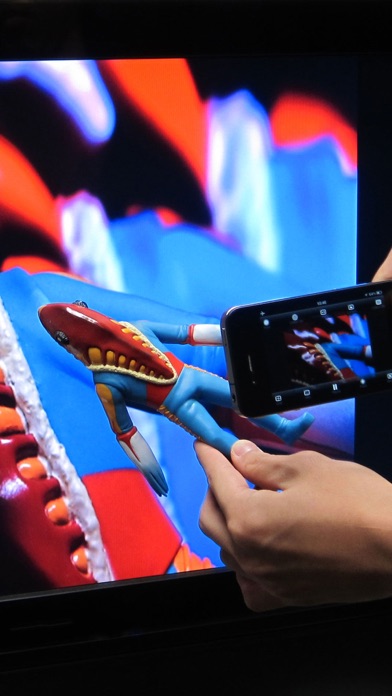 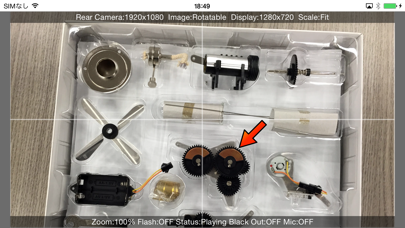 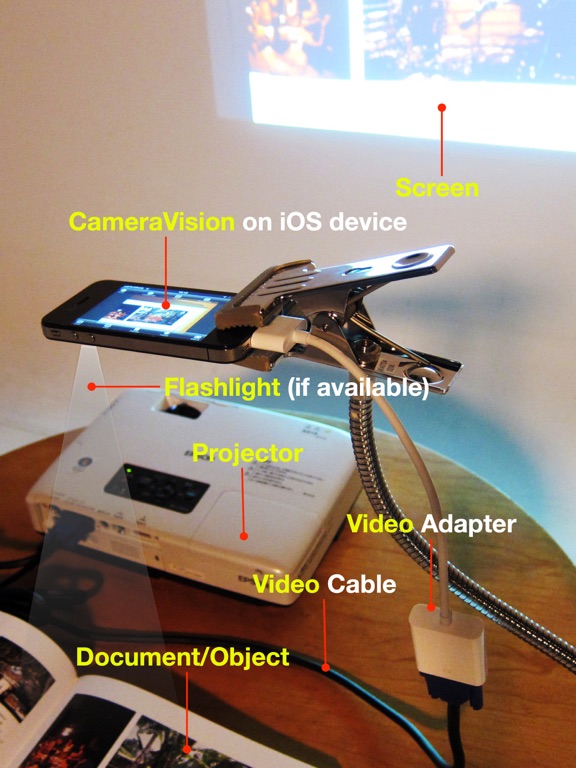 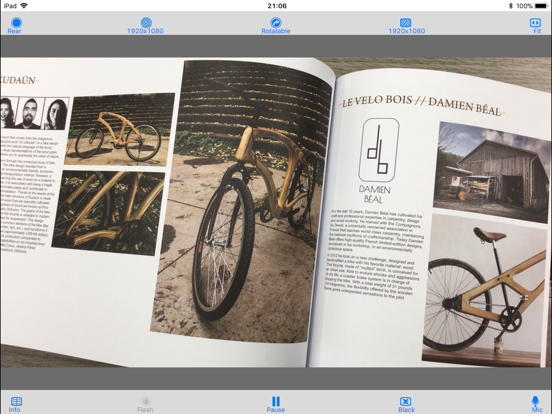 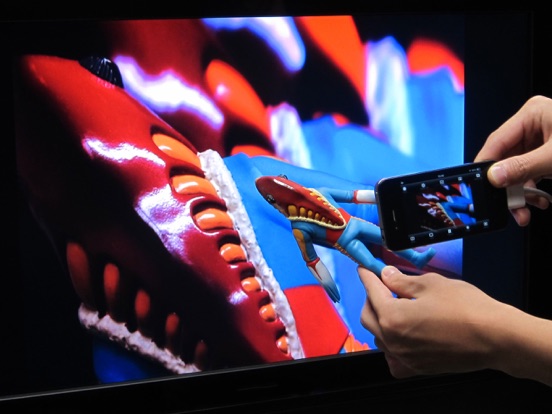 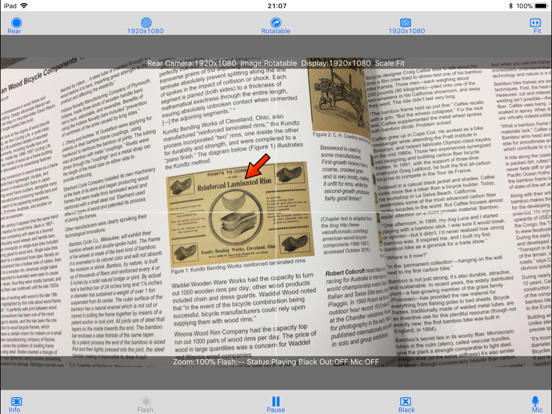 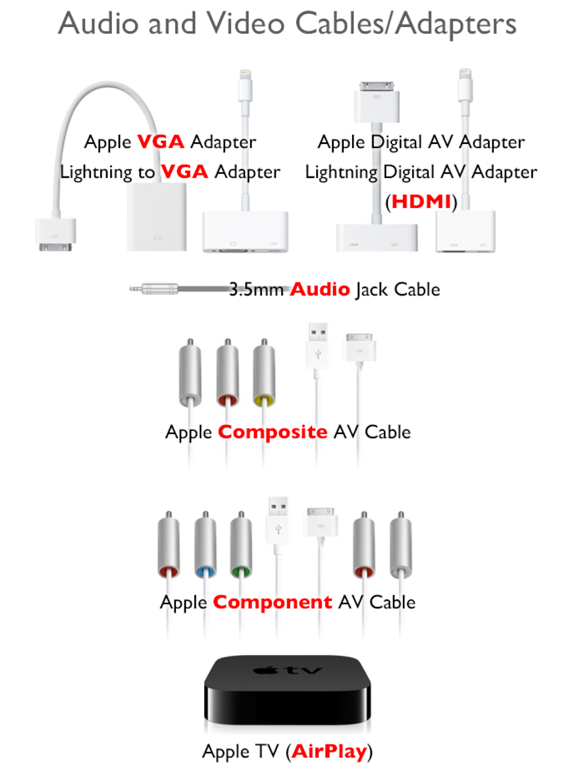 “CameraVision” outputs the images of the built-in camera and the corresponding sounds from the built-in microphone to an external device such as a projector or a TV monitor. This application can be used similar to a “document camera (overhead projector)” or a “live camera” to project documents, objects, people or scenes onto a large screen. In addition, showing a still image from Photo Albums is possible. A dock/Lighting-connector adapter/cable can be used and the wireless transfer to Apple TV (AirPlay) is also supported.

The following adapters/cables are supported:

This application has the functions listed below. You can set them up easily using the buttons on the screen.

* These functions depend on devices and adapter/cables used.
* Please unplug and then plug your dock adapter/cable if no image is shown on the external display properly.
* Microphone input can be sent to an external speaker via HDMI, Composite or Component cable with the camera image. It can be sent wirelessly to Apple TV (AirPlay). When using a VGA cable, plug an audio cable to iPhone’s headphone jack.
* To work with Apple TV, tap the home button twice, then go to the leftmost page, tap the AirPlay button, select your Apple TV and turn on mirroring.