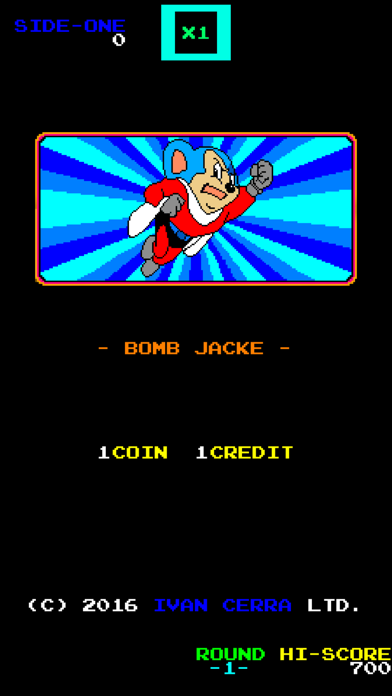 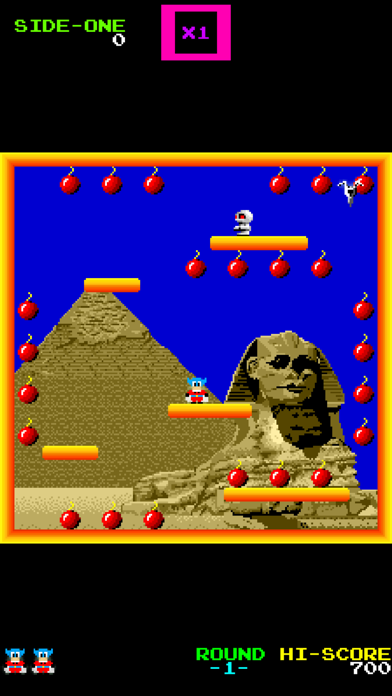 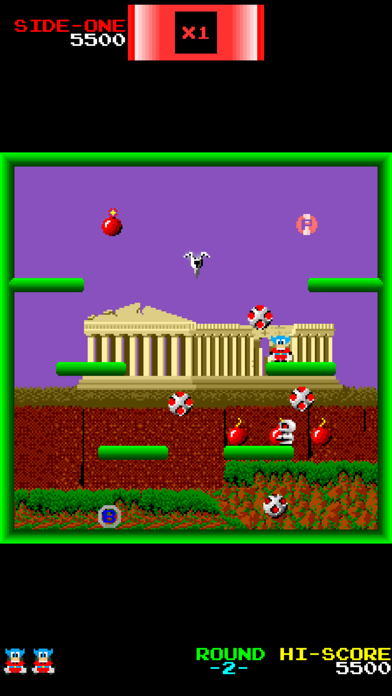 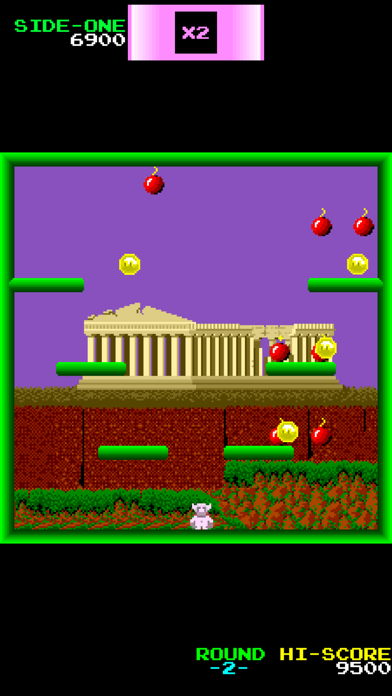 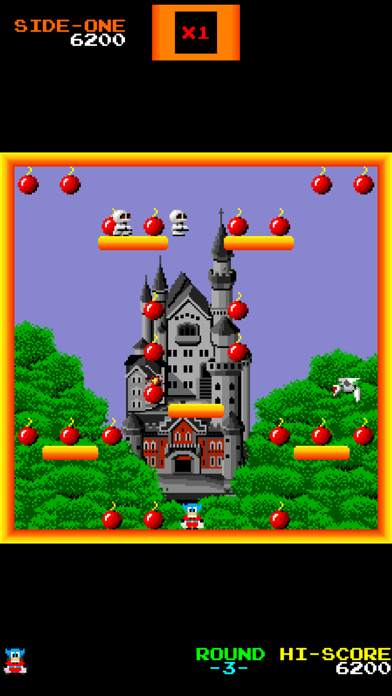 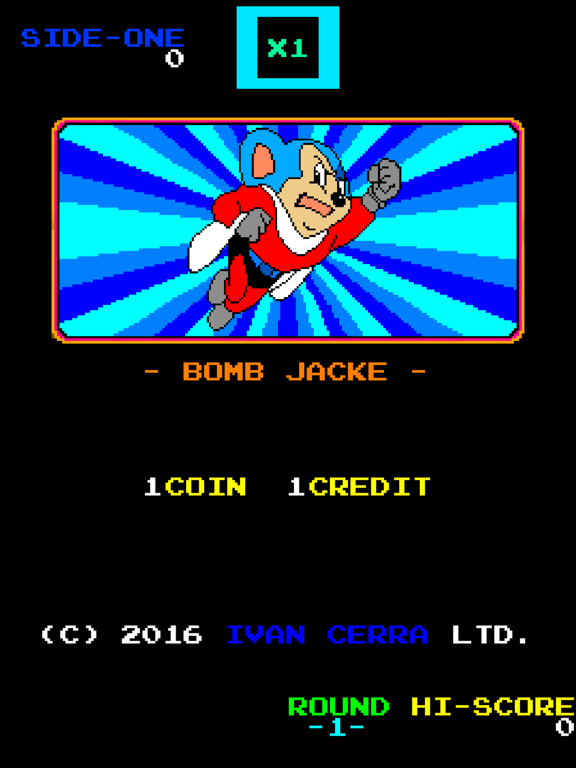 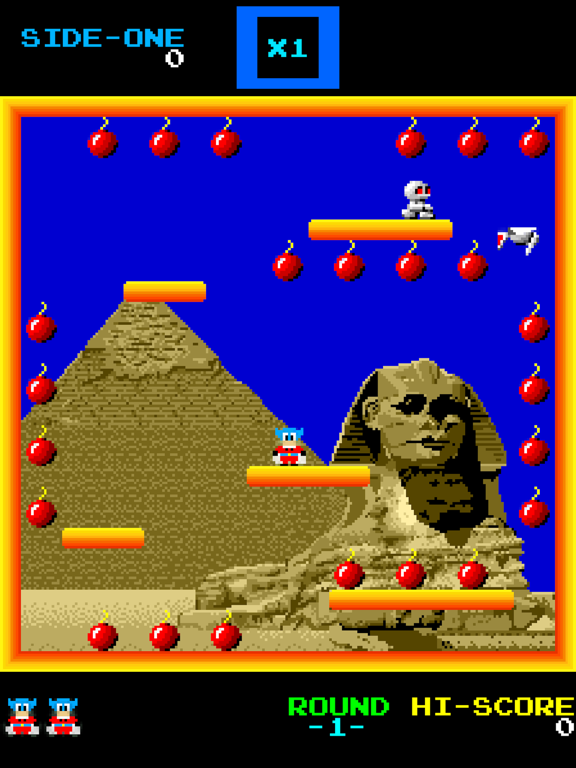 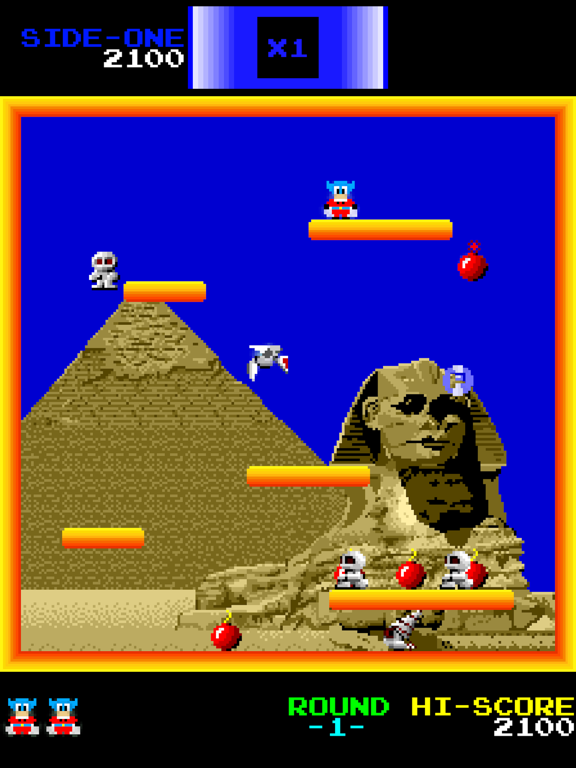 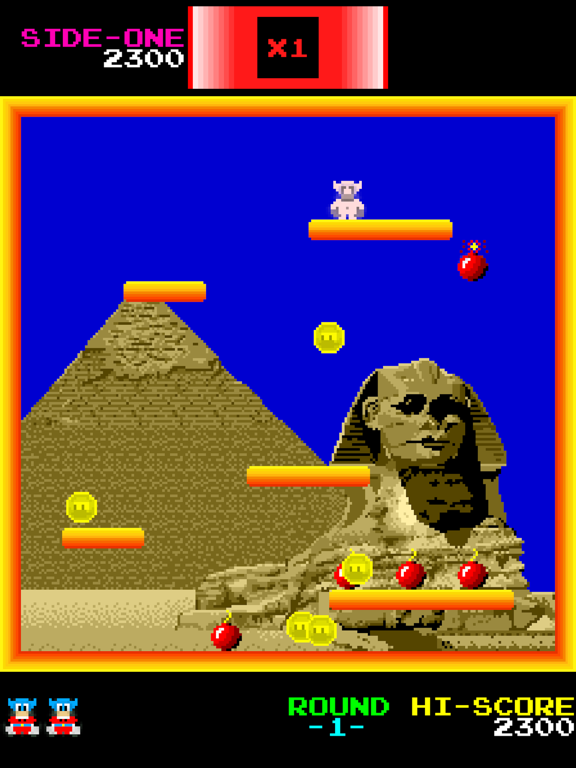 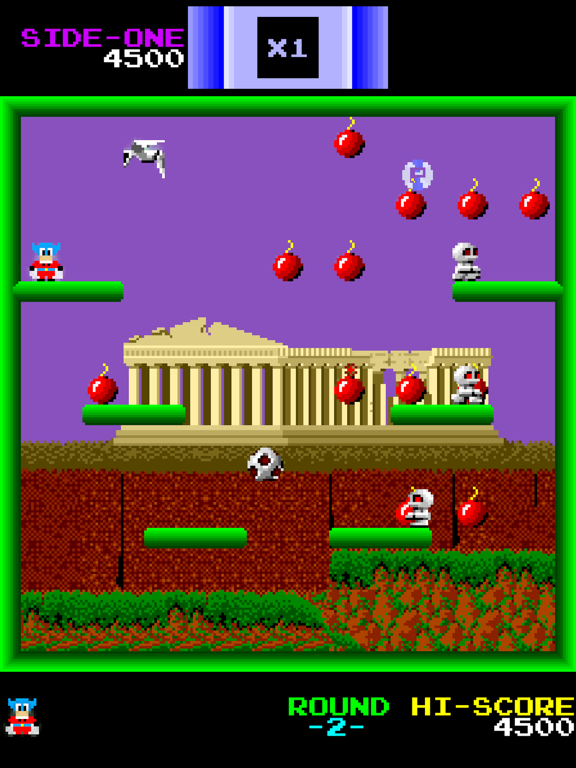 -Pad or Stick to Move Jacke, trigger A to Jump.

The player controls Bomb Jacke, a superhero mighty mouse who can leap and glide. Someone has planted 24 bombs at landscapes. Bomb Jacke must fly around the screen to collect the bombs. Each screen uses a different configuration of platforms upon which Bomb Jacke may run and jump. Eventually, the levels reoccur a number of times with increasing difficulty.

Bomb Jacke “defuses” the bombs by simply touching them. As soon as he has touched the first, he triggers a sequence in which another bomb’s fuse lights up, and so on. A player can score a bonus in each round by touching 20 or more bombs in the correct lit-fuse sequence. Bomb Jacke may also defuse an unlit bomb by touching it, but this impedes his opportunity to score the bonus for that screen. It also delays the appearance of the game’s bonuses and power-ups. The lit fuses have no strategic purpose other than the bonus; a lit bomb left unattended does not explode.

You control Bomb Jacke throughout the game. Bomb Jacke one and only mission is to collect all of the bombs in the stage before moving on to the next and collecting more. In his way will be several enemies which will seek to stop him. Bomb Jacke will lose one life any time he comes into contact with any of the enemies. There is no time limit, so Bomb Jacke can take as long as he needs to clear the stage. However, the longer you wait, the more likely it is that the enemies will overwhelm him. Bomb Jacke can turn the tables on his enemies by collecting a power coin (P), which will temporarily turn all of the enemies into coins which he can collect. Whether Bomb Jacke earns extra lives by reaching certain coins.

Bonus Coin (B), Obtainable every time the score reaches a multiple of 5,000, until the Bonus Multiplier reaches x5 per level.

Extra Coin (E), Obtainable when Bomb Jacke has “killed” enough enemies by collecting them as Coins, and score reaches multiple of 50,000.