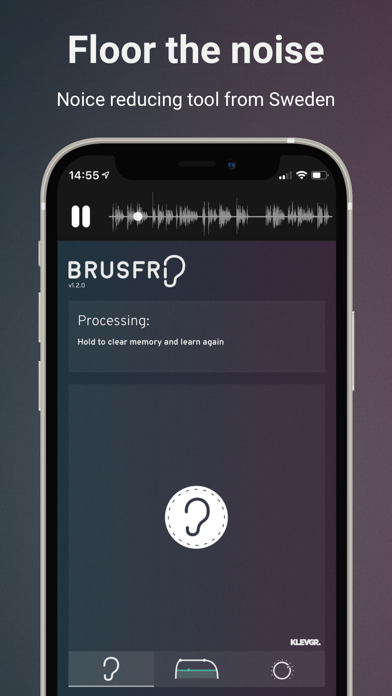 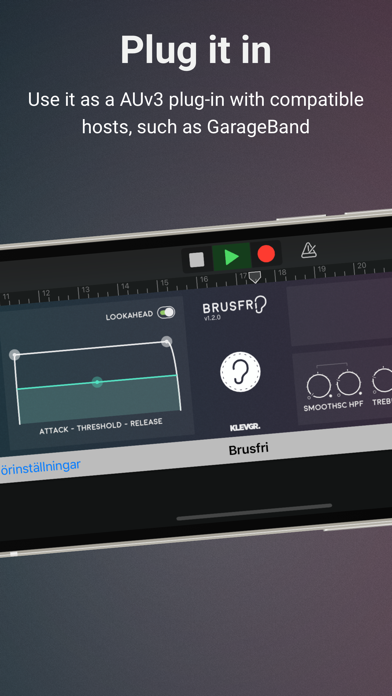 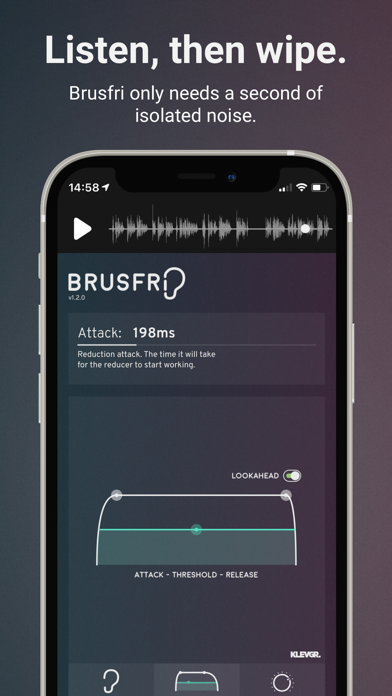 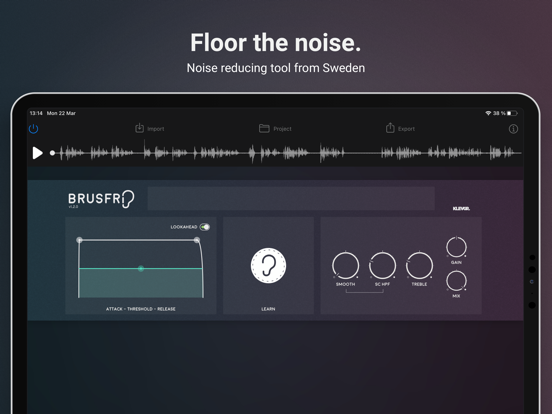 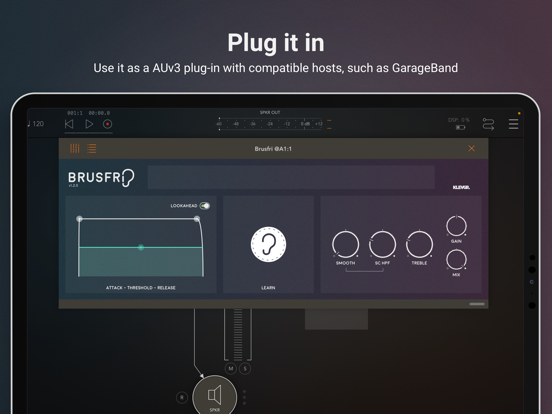 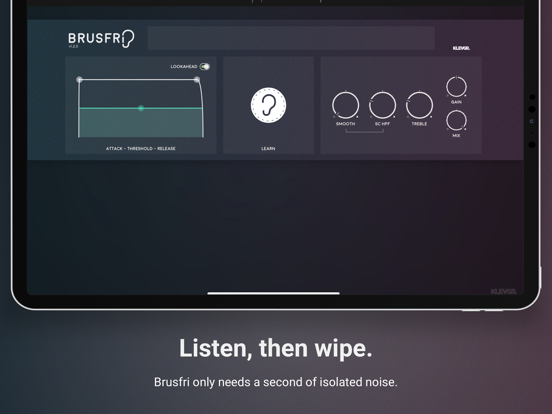 Brusfri* is a highly advanced audio noise reducer, packed into a simple and straight-forward interface. It is very well suited for cleaning up noisy audio recordings, while retaining sound quality. Unlike many other noise reducers on the market, Brusfri doesn’t mess with audio phasing to suppress noise (a technique that often comes with audible side effects). Instead, multiple fine-tuned gates are used to silence unwanted noise.

Brusfri can also be used as a AUv3 plug-in in compatible hosts, for example in GarageBand.

Here are some examples of sound conditions that Brusfri handles well:

In short, press “Learn” during a couple of seconds of isolated noise to create a “profile” for noise. This may be all you need to do.

Brusfri can be used in two ways, either standalone or as a AUv3 plug-in.

Standalone
Import the audio, either by extracting audio from a video, by importing from iTunes, or by using the “Open In…” option in any other app that can export audio. Press and hold the Learn button (the ear) while playing unwanted noise. (It’s important that the Ear is only fed with isolated noise). When Learn is released, Brusfri will start reducing noise.

AUv3 plug-in
Open Brusfri in any AUv3 compatible host.
Find a region in the recording that only contains noise and play it.
Tap and hold the “LEARN” button for a short while (a second will be enough). When the LEARN button is released, Brusfri will start reducing noise.

There are a bunch of parameters available that affect the noise reduction algorithm:

ATK / THRS / REL (Attack Time / Threshold / Release Time)
Threshold – basically determines how much noise to be removed. A lower value means more reduction.
Attack and Release sets the time it will take for the reducer to start working.

NOTE! Brusfri is CPU intensive and iPhone 6 / iPad AIR 2 or better is recommended. When used as an AUv3 plug-in, we highly recommend freezing/bouncing tracks to reduce CPU usage.