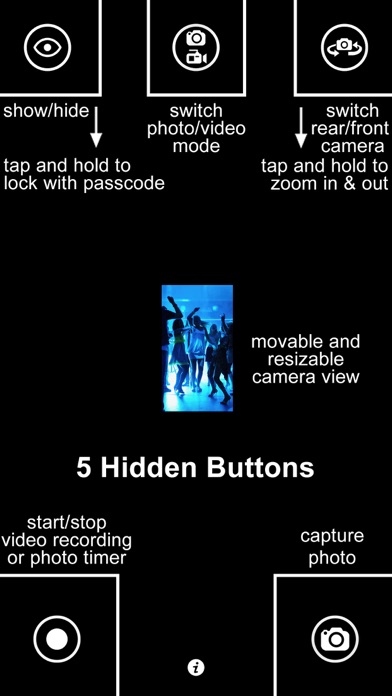 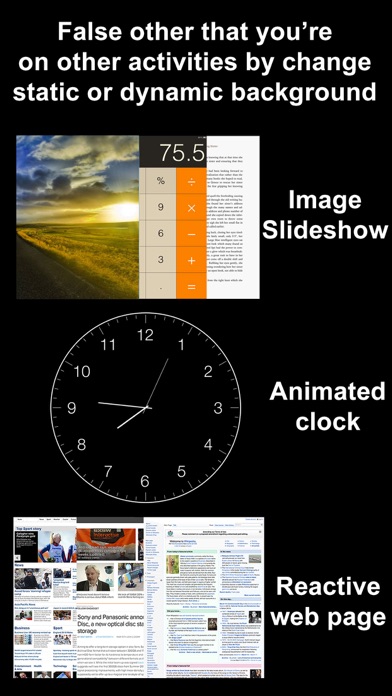 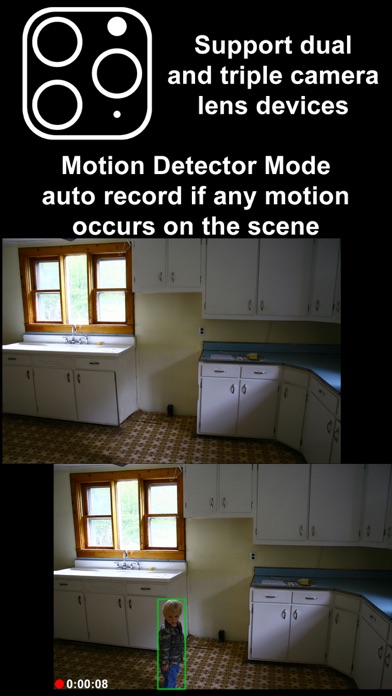 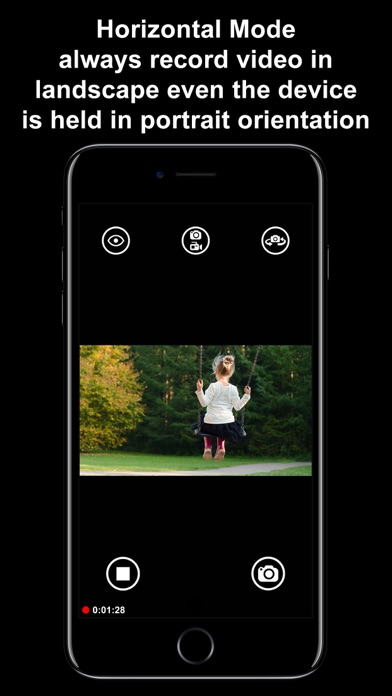 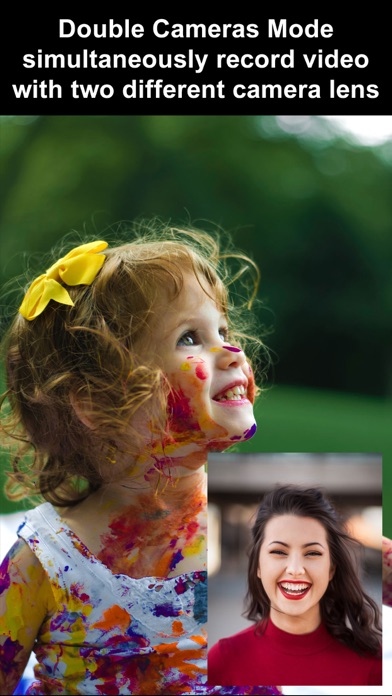 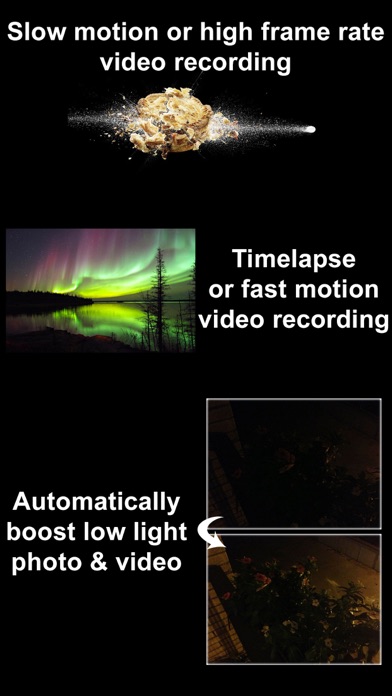 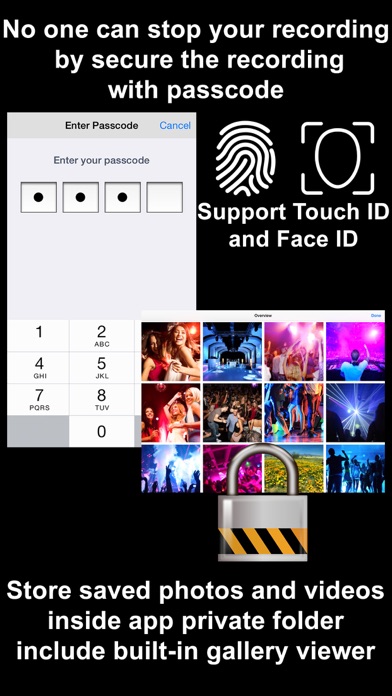 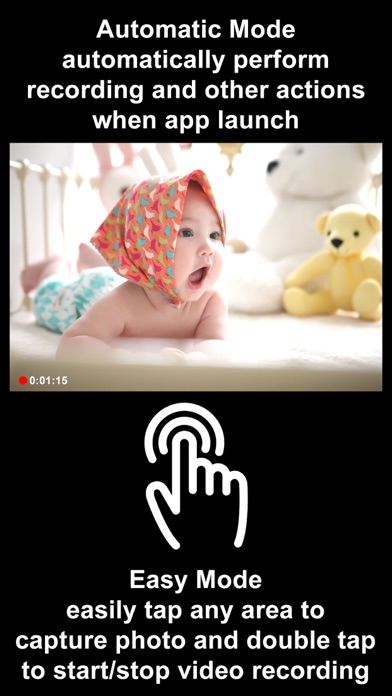 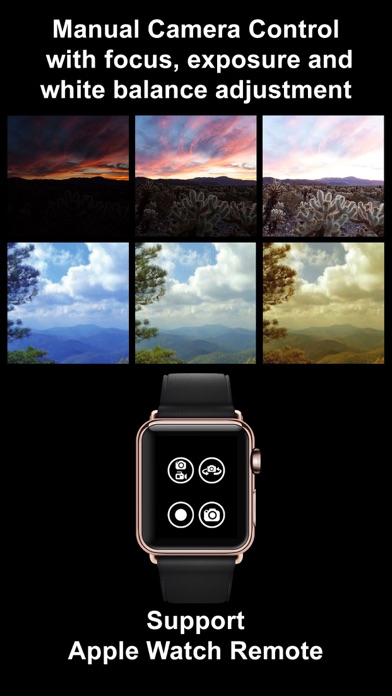 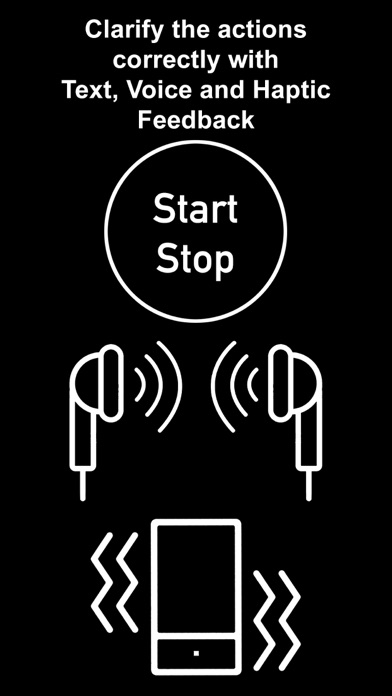 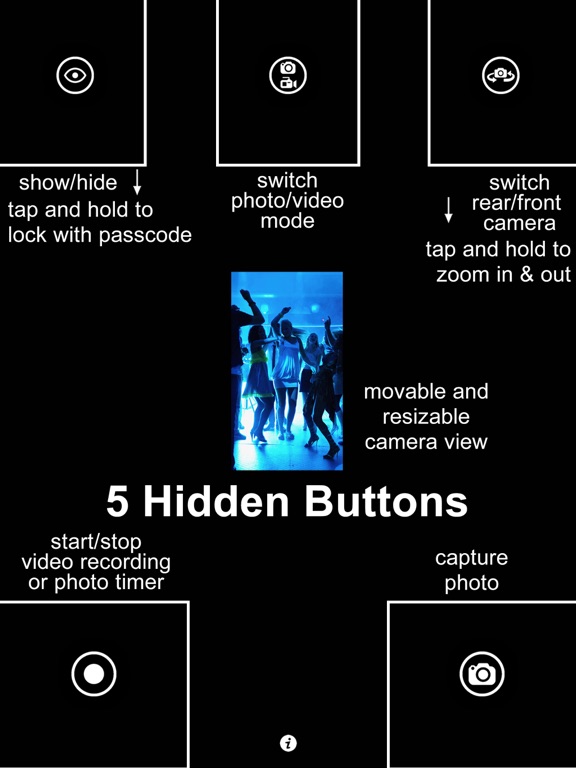 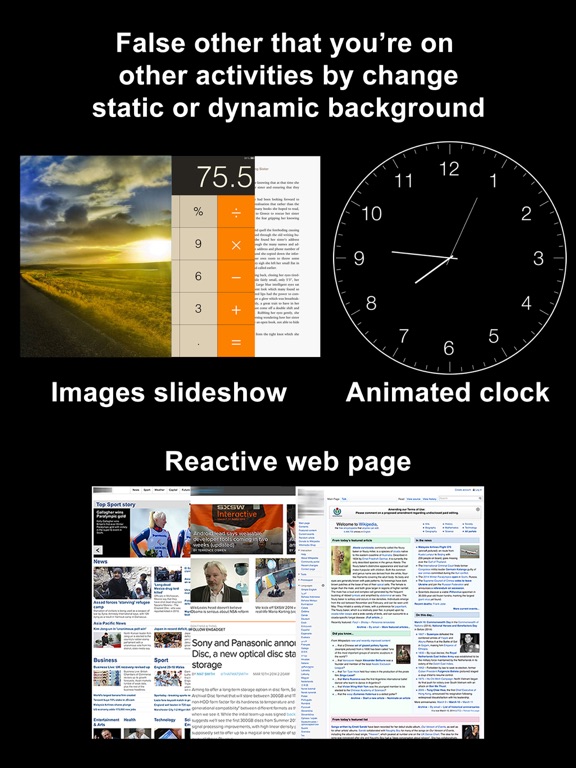 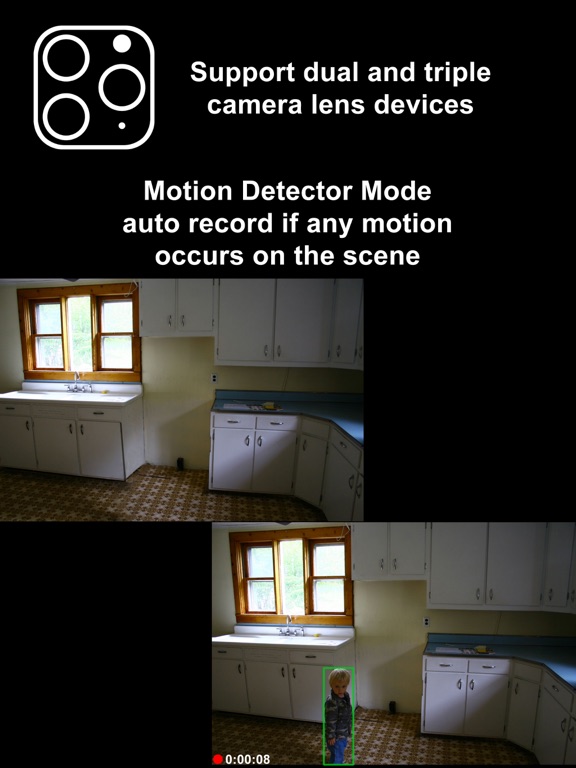 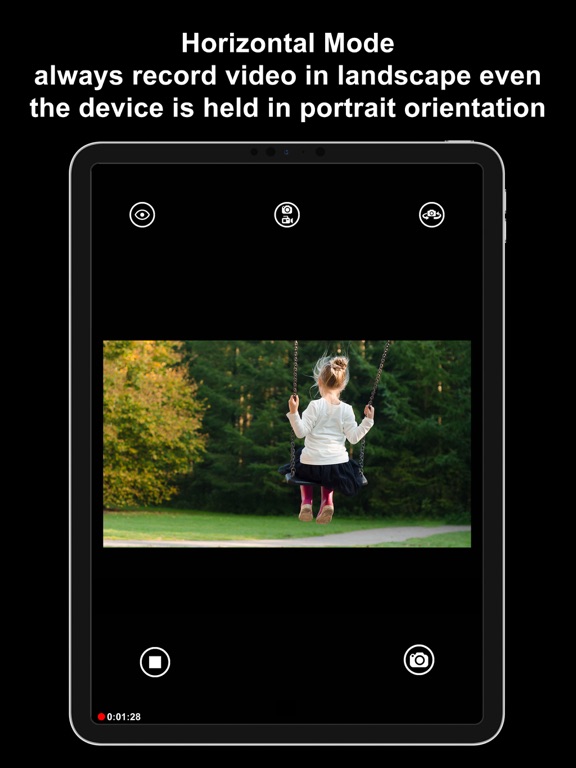 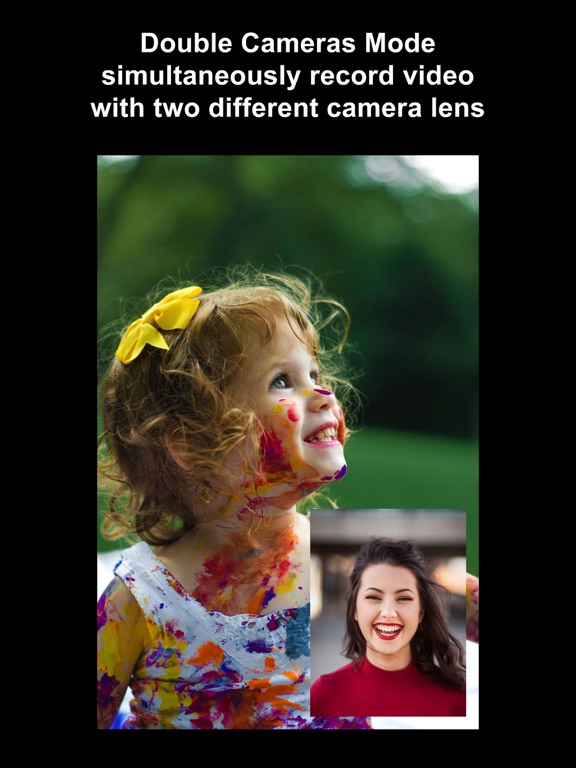 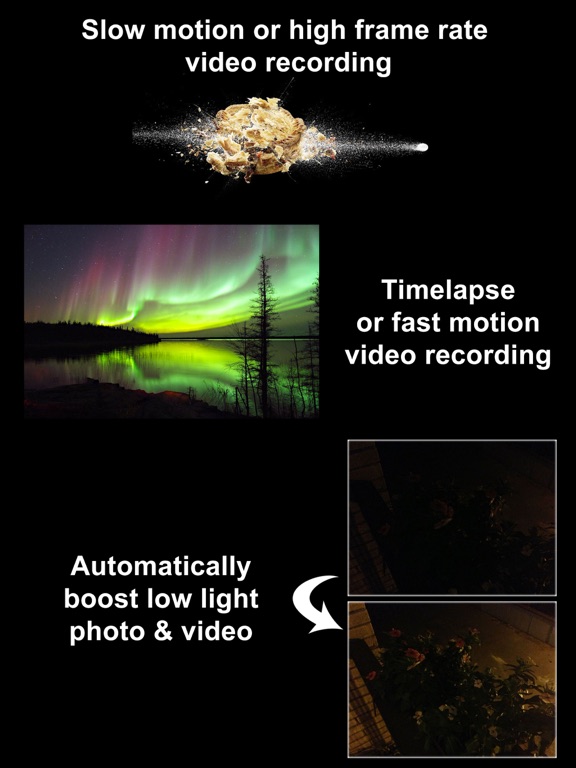 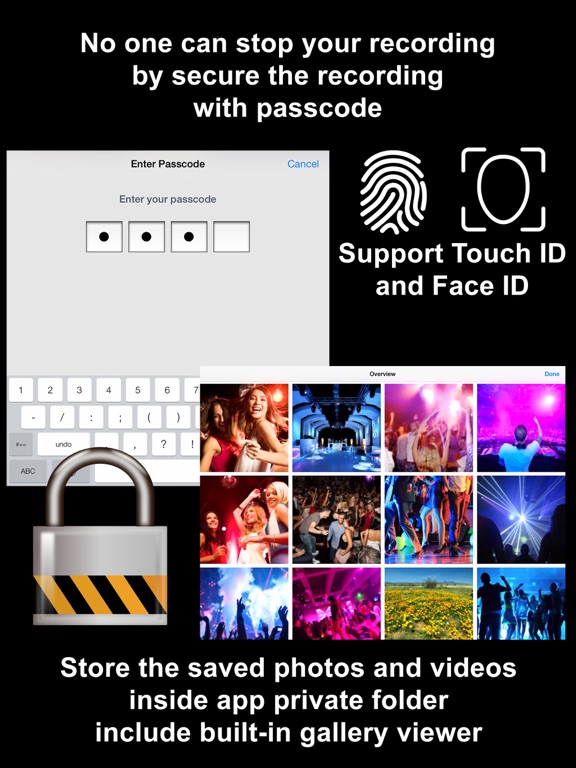 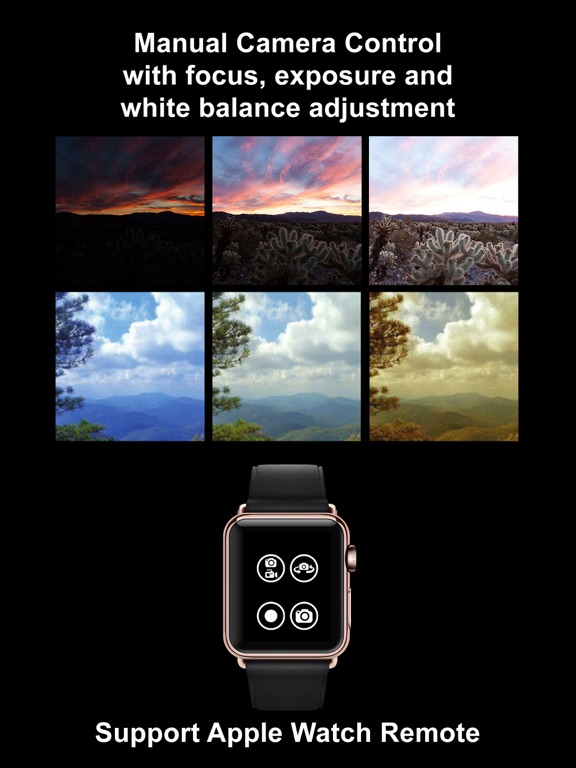 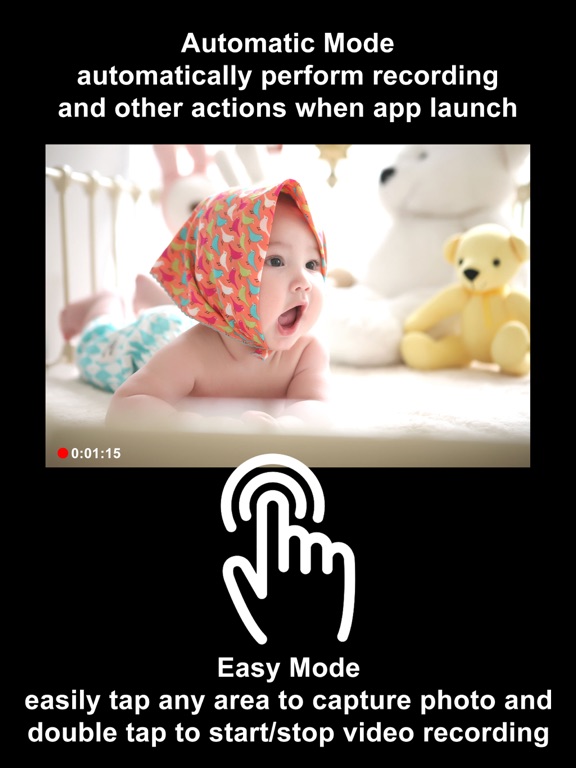 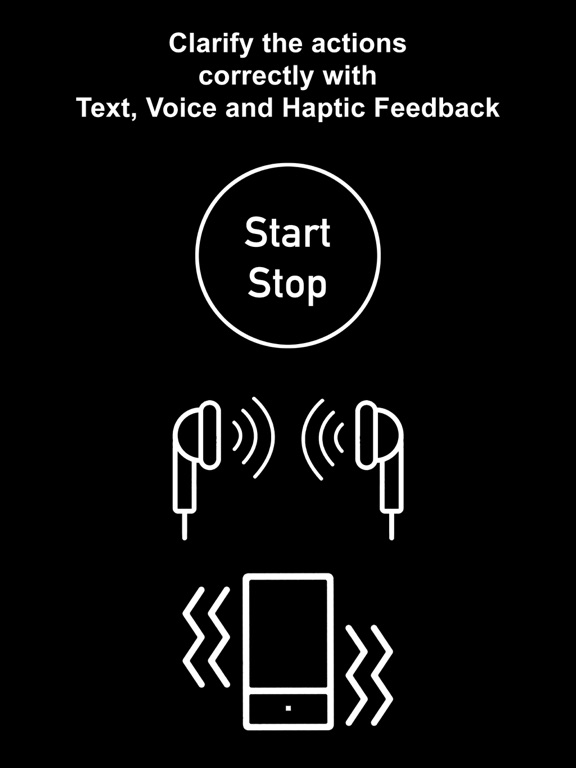 Want to capture photos and videos without anyone notices while your device can hide camera preview and all interface buttons, here is the app that you need: SP Camera.

With SP Camera, you can record video, or take pictures without being seen while the device shows one of fake backgrounds.
Simulate that you are browsing the web, a blog or leave the device on a table showing a still image or a time clock while recording.
Automatically record and save video if any motion occurs on the scene with Motion Detector Sensor.
With built-in Photo Timer, this app automatically capture photos every few seconds without touching the capture button again.
Save your photos and videos in the password protected private folder.
Moreover, you can hide all the UI control buttons to simulate a real spy experience.

NOTES:
• Built-in Gallery Viewer unable to play slow-mo video in slow motion action. Please save to camera roll and play slow-mo video via Photos app.
• If use iOS Guided Access in iOS 12, make sure to enable “Mirror Display Auto-Lock” option. If not, it will limit screen timeout up to 20 minutes only.
• Double Cameras mode required iPhone or iPad with A12 chipset or later.