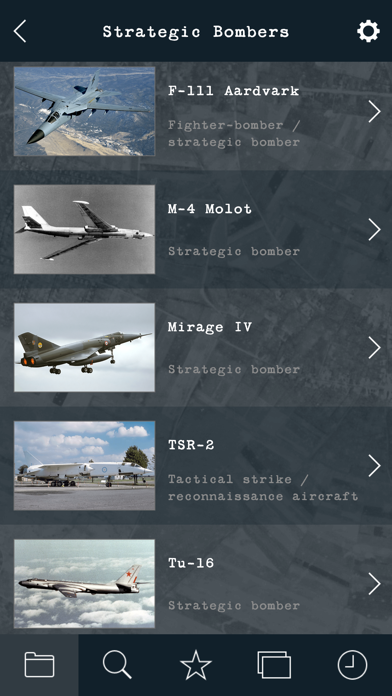 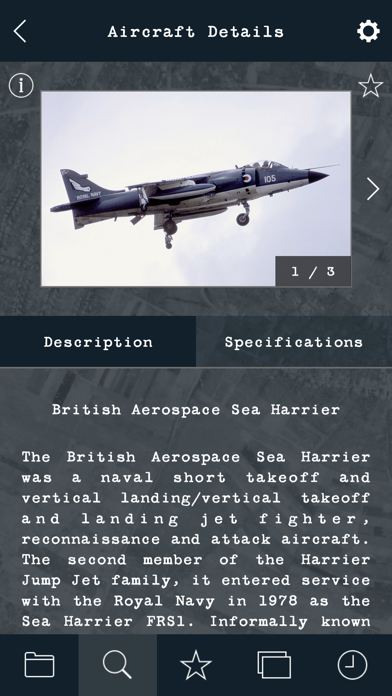 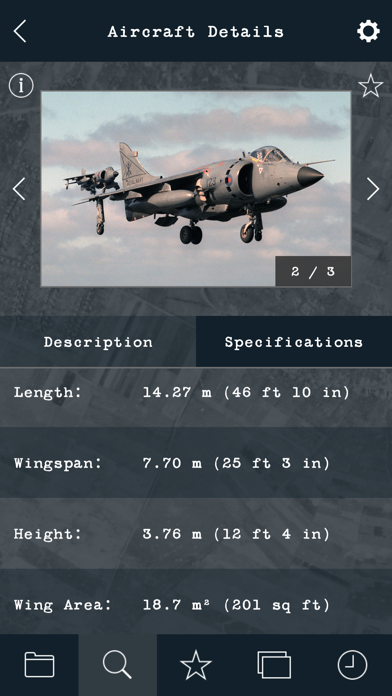 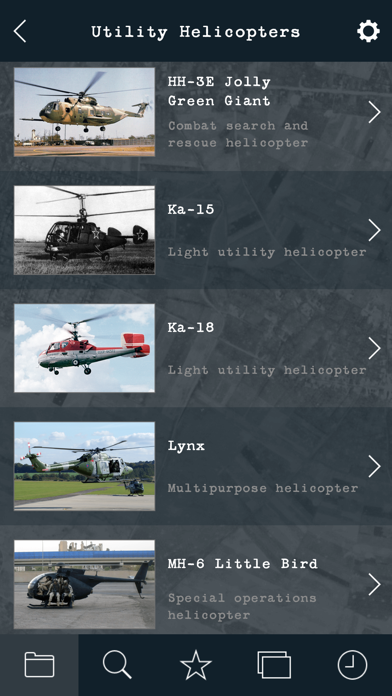 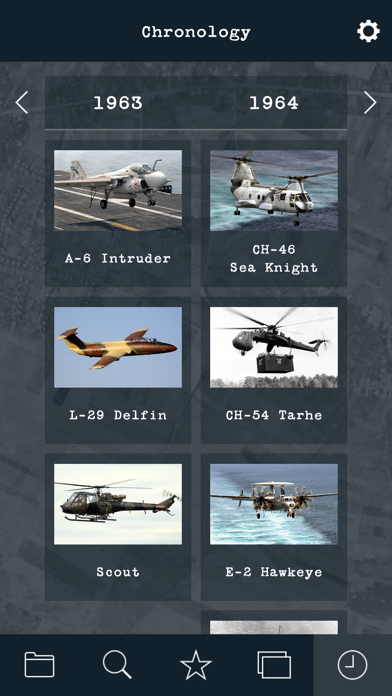 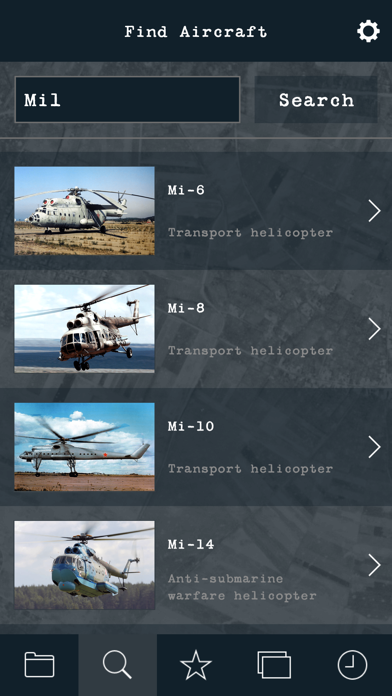 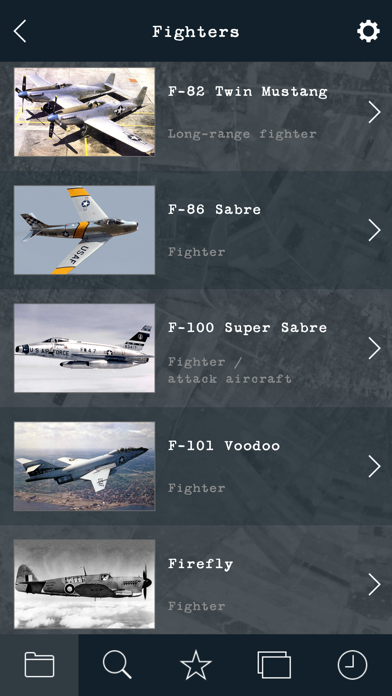 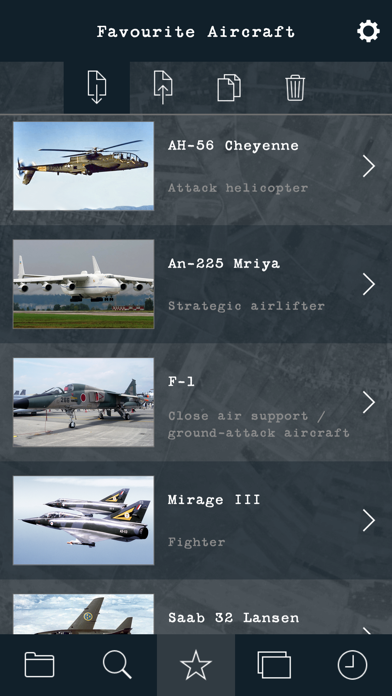 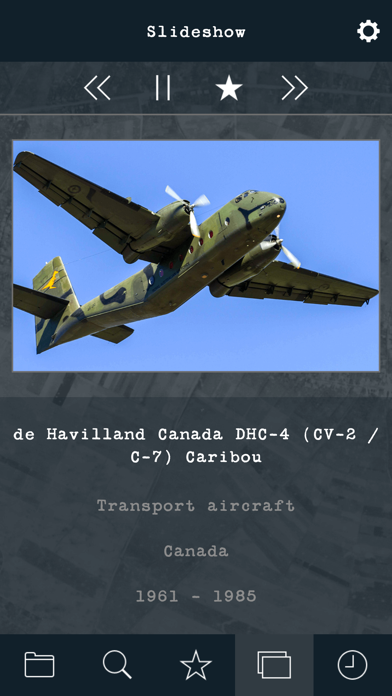 Cold War Military Aircraft is a mini encyclopedia of the most important and influential aircraft that were used during the Cold War.

This pocket compendium app contains over 290 aircraft and lets you explore at a glance:
– the evolution of jet aircraft design, from the WWII Gloster Meteor fighter to the AV-8B Harrier V/STOL attack aircraft,
– the changes in fighter aircraft designs, from gunfighters to missile platforms, during the Korean War (MiG-15 and F-86 Sabre), the Vietnam War (MiG-17, MiG-21, F-8 Crusader and F-4 Phantom II), the Six-Day War (Mirage III and Hunter) and the Falklands War (Super Étendard, A-4 Skyhawk and Sea Harrier),
– the development of fighter-bombers (from the F-84 family to the Tornado multirole aircraft), attack aircraft (from the piston engined A-1 Skyraider to the stealth F-117 Nighthawk) and close air support aircraft (from the ad hoc adapted AC-47 Spooky and AC-119 Shadow/Stinger to the bulletproof A-10 Thunderbolt II and Su-25 Grach),
– the competition between the nuclear-capable strategic bomber concepts (A-5 Vigilante, Vulcan, Mirage IV or Tu-16) and the interceptors intended to stop them (F-89 Scorpion, the Century Series jets, Lightning or MiG-25/MiG-31),
– the advancements in combat helicopters, from small utility helicopters (like the Kamov Ka-15 or Mil Mi-1) to large cargo cranes (CH-54 Tarhe or Mil Mi-10), troop transport rotorcraft (Hueys, Stallions, Chinooks, Super Frelons and Pumas) and dedicated attack helicopters (including the AH-64 Apache, the Cobra family and the Bo 105 PAH-1),
– the arrival of the definitive design for transport airplanes (the turboprop C-130 Hercules or the turbofan Il-76),
– the increased use of reconnaissance aircraft, from light observation airplanes (O-1 Bird Dog or O-2 Skymaster) or helicopters (OH-6 Cayuse) to highly engineered designs pushing the boundaries of manned flight (like the U-2 or the SR-71),
– the replacement of piston powered trainers (T-28 Trojan) with more advanced jet propelled aircraft (like the Magister, Hawk or the Albatros).

Each aircraft entry contains at least one archive image, a short text that summarises the aircraft’s development and service history and a detailed specifications table offering place of origin and production information, crew, weight and dimensions data, armament details, powerplant and performance figures.