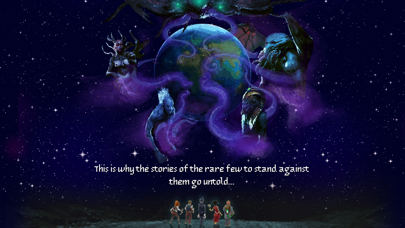 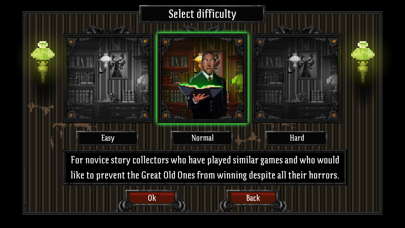 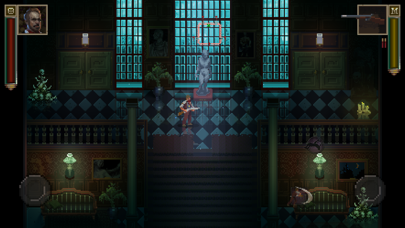 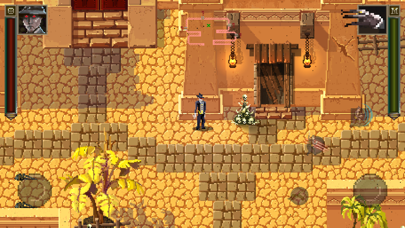 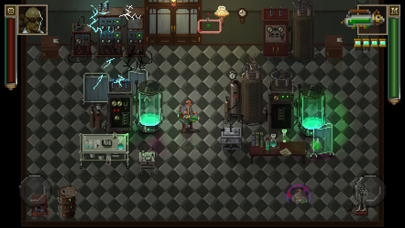 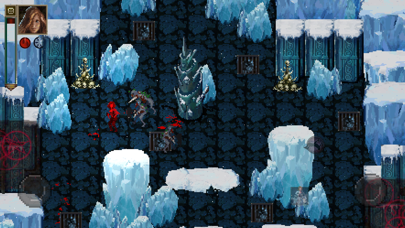 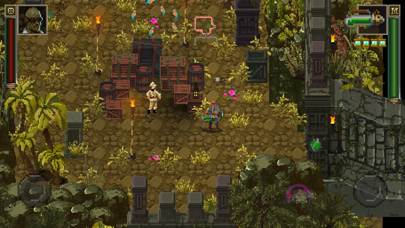 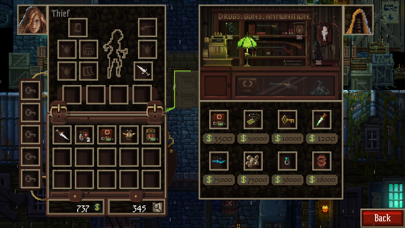 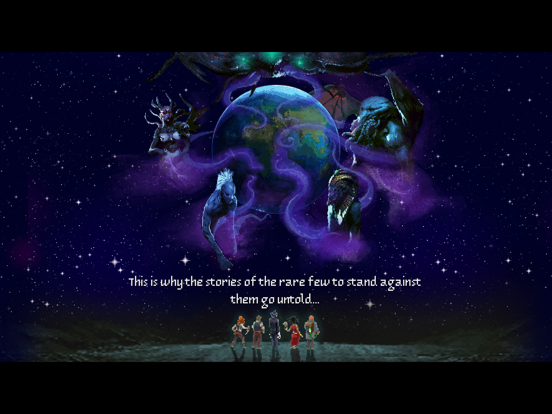 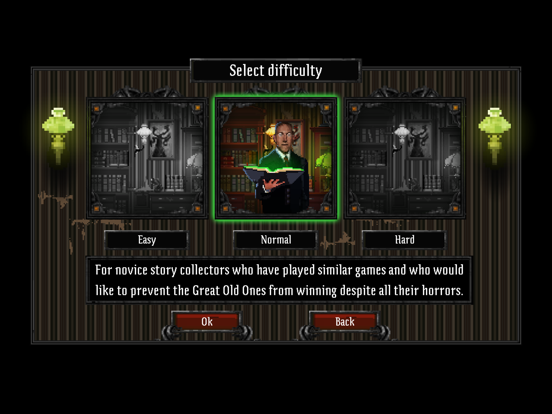 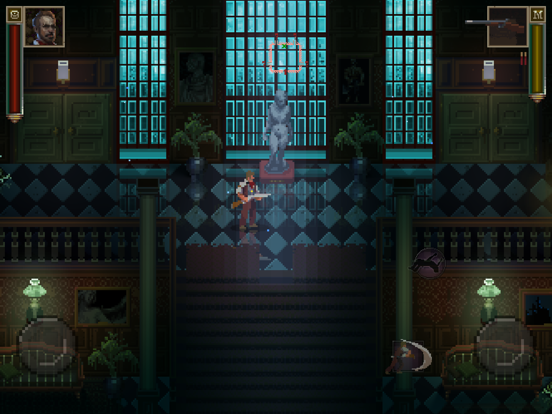 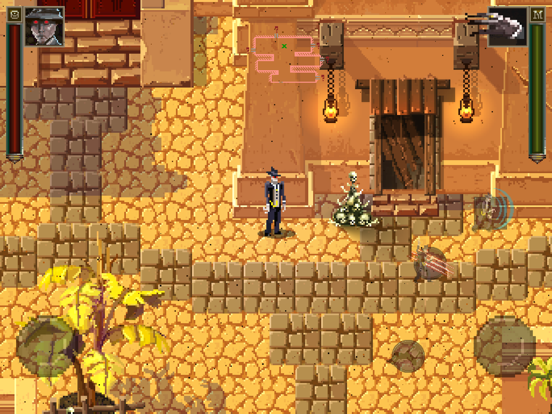 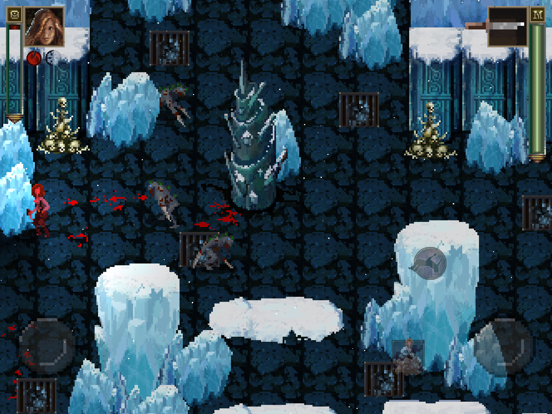 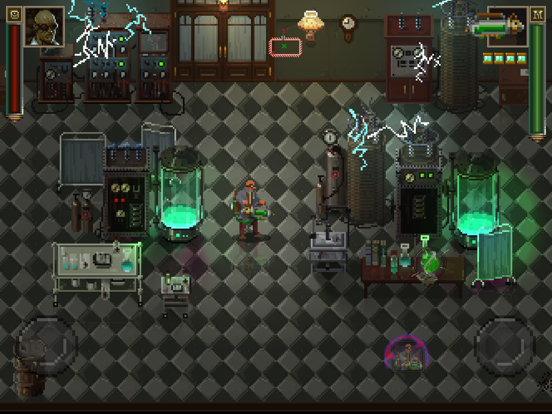 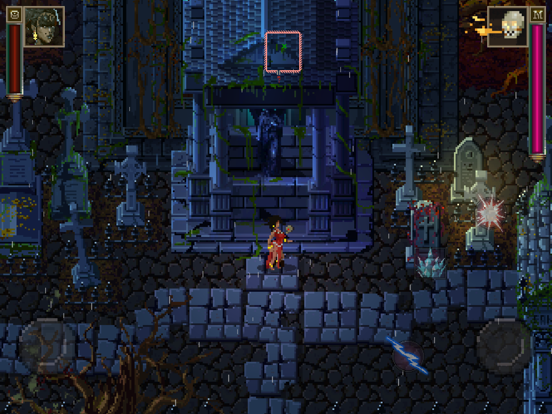 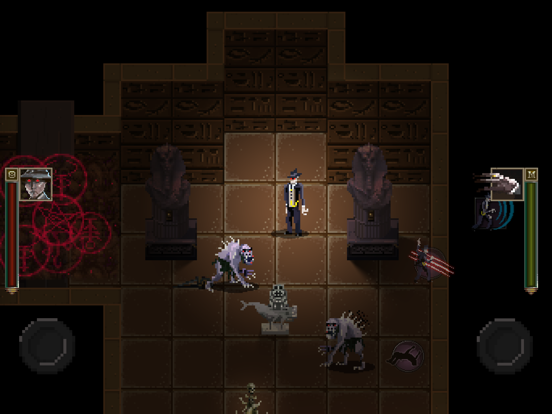 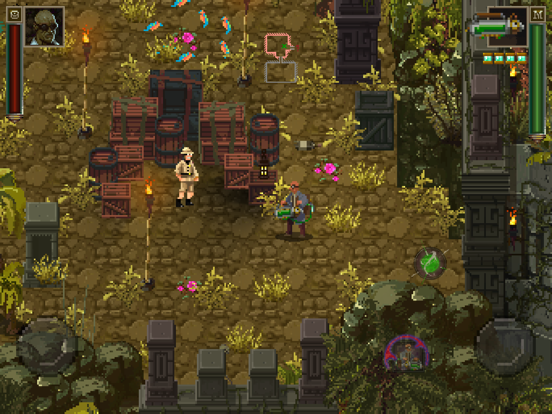 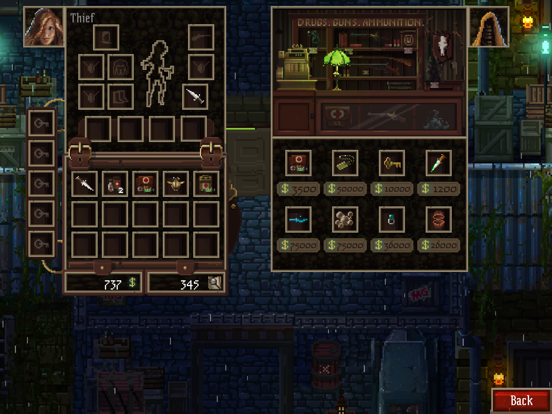 Lovecraft’s Untold Stories is an action rogue-lite with RPG elements. You explore randomly generated levels based on the H.P. Lovecraft stories, fighting cultists and all kinds of monsters from the Mythos, improving your weapons and gear, solving puzzles and challenges, and looking for clues and knowledge to defeat the Great Old Ones and the Outer Gods.

Lovecraft’s Untold Stories is based on H.P. Lovecraft’s stories. You will experience first-hand the cosmic horror created by the genius of Providence. Every character will go through an investigation that will take them through different locations, from the creepy old Victorian mansion to the abandoned hospital where forbidden experiments take place or the jungle where lost tribes celebrate forgotten rituals, just to name a few. Levels are randomly generated: it will be a different experience every time you play. Also, they vary depending on the character you’re playing with. Look for items and clues to unlock secrets and new stories.

5 CHARACTERS, 5 WAYS OF FIGHTING THE MYTHOS

You can play as 5 different characters, each with a different playstyle and storyline. A private detective, a witch, a thief, a professor, and even a ghoul—each with different stats, weapons, and combat moves, creating five entirely different gameplay experiences. The Detective offers a balanced playstyle, with average Health and Stamina. The Professor is a specialist in ranged combat, with less Health and a special shield granted by his weapon, the Tillinghast. The Witch does a lot of damage, has teleport abilities and elemental shields of fire and ice, but also a very low Health. The Thief is a specialist in melée combat that takes advantage of its stealth to maximize her damage. The ghoul does a lot of melée damage, has a high Health and regenerates itself, but can’t use medkits at all.

KEY FEATURES
* Fight hundreds of different monsters from the Cthulhu Mythos in this intense action roguelite
Explore Lovecraft’s stories: every character has a storyline that crosses randomly generated levels set in different locations from Lovecraft’s stories, such as the hospital, the jungle, or the port city just to name a few

* Investigate thoroughly: explore every corner to find secret levels and knowledge about the Great Old Ones

* Learn about the Mythos to fight them: to have a chance at fighting the Great Old Ones you need to acquire knowledge about them or their mere presence will drive you insane

* Madness awaits: in the course of your adventures you will have to make some decisions, and taking the wrong ones will shake your sanity. If it gets too low, you will start losing your mind – and if you go mad you will take your own life to escape the horror

* Pick your hero: Choose between 5 different characters, the detective, the thief, the professor, the witch, and the ghoul

* Different playstyles: every investigator has a different combat style and skills, but levels also vary depending on who you’re playing them with – so the gameplay experience is totally different

* Collect and improve weapons, items, and artefacts. Each character has a set of weapons and items, and there are hundreds of other items you can find and use!

Dear investigators,
We have uploaded the new version 1.321. In it, we have fixed several bugs, and we have improved the balance of the Professor, as he seemed to be the most problematic character of all five:

Fixes:
We have fixed an issue with a text in German appearing on the description of the first level, for players playing in English.

We have fixed the issue on which the weapons didn´t work when you dragged them from the inventory of the Storage to the player’s inventory.

We have fixed the issue that slowed down the inventory of the Strange place when it contained a lot of items.

We have fixed a problem with the minimap.

We have fixed an issue with several mini-events which didn´t count for the achievements.

We have fixed the issue that didn´t let you access to the Secret level when you restarted the Strange place location.

Professor: We have increased the damage of the weapons (not the basic one).

Professor: We have increased the damage of the mines.

As always, thanks a lot for your support! Please, send us your comments, opinions, ideas… We will be happy to read them!