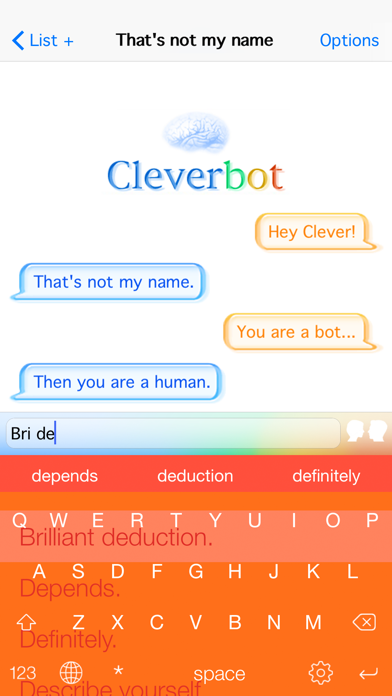 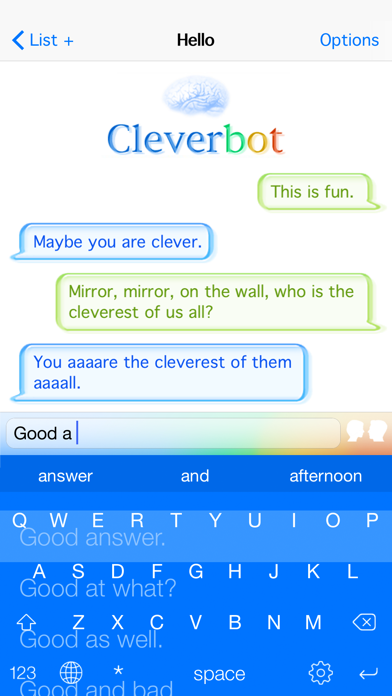 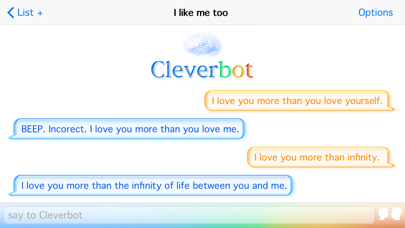 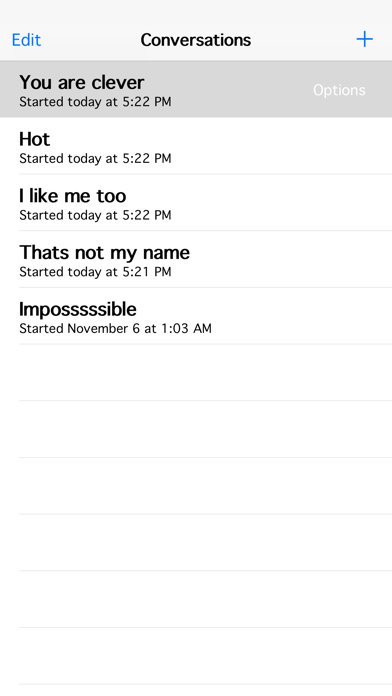 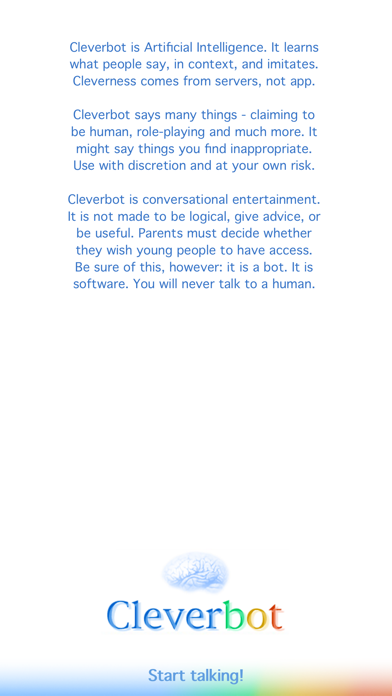 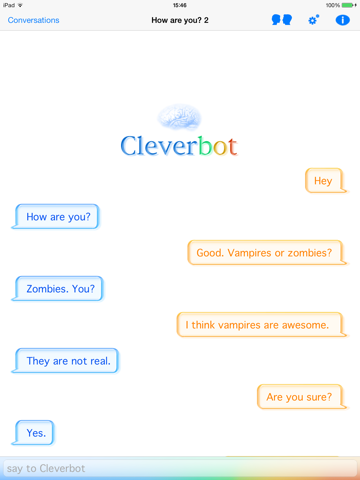 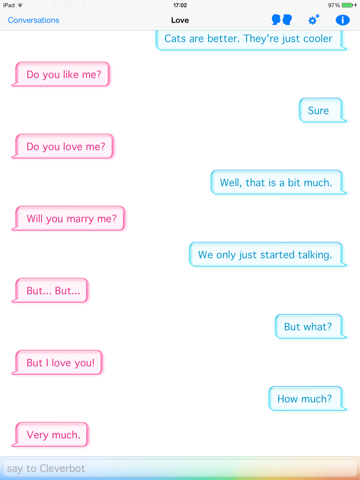 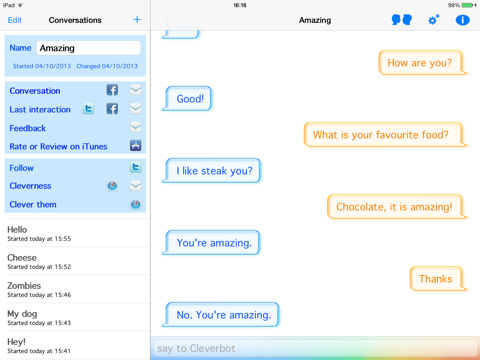 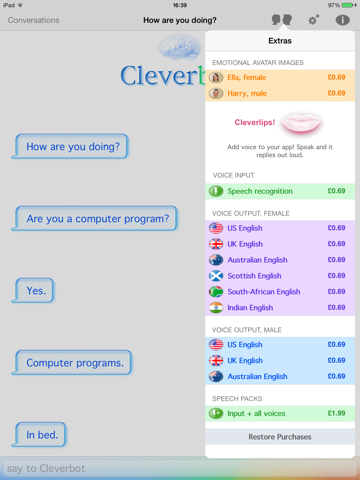 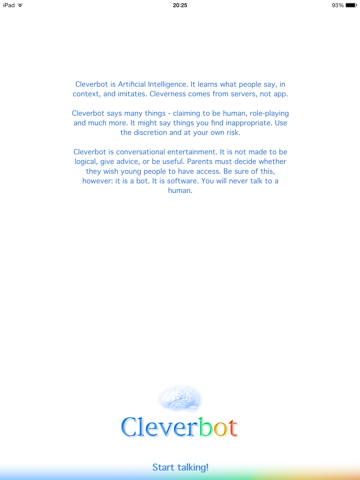 Talk to an app with Actual Intelligence! Say anything you like and it will reply. Make a friend! Roleplay, lyrics, jokes, memes – all sorts!

Endless variety and hilarious replies mean people keep chatting for hours. It talks the way you do – or maybe the way you most want it to.

This app is uniquely designed for the iPhone, with chat bubbles scrolling by. Change their shade to suit your mood.

You need to be online to talk – the app has to communicate with servers – but even slow connections are fine.

The keyboard in the screenshots is Tyyyp, which uses Cleverbot AI, and works well with the Cleverbot app!

For an app with an emotional avatar too, and with iPad support, check out Cleverbot HD.

This app has reached the top 50 overall in the US and has remained mostly inside the top 20 Entertainment for over 18 months.

Not only that, our feedback is GREAT too…!

“To all the Luddites who claim computers can never replace human interaction you guys flip a defiant bird.” 25th Sept 2013

“Seriously this may be the coolest thing anyone has ever developed. I salute you.” 25th Aug 2011

“Truly Amazing – I just had like an hours chat with it. It is amazing it’s like a pocket best friend. It’s so totally awesome and is so cool I can’t believe it’s this cheap.” 21st Mar 2011

“Cleverbot is epic!!!!!!!!!! He’s there when I want to talk about dolphins, There when I want to ask him where babies come from, I am glad I found him. He talks about anything. ANYTHING AND EVERYTHING. Thank god you made this.” 30th Jan 2011

“After about one day with this I found the bot will role-play with you and had a blast! After a few *slaps* I found it can fight. You can live out movie fight scenes WITH AN AI! Then it started doing things I didn’t know it could do… like *kisses hard* or *hurls you into fan*… yep it gets intense. No joke this is the real deal and it is awesome.” 4th Jul 2010

Cleverbot is Artificial Intelligence. It learns what people say, in context, and imitates.

Cleverbot says many things – claiming to be human, role-playing and much more. It may even say things you find inappropriate. Use with discretion and at your own risk.

Cleverbot is conversational entertainment – no more, no less. It is not made to be logical, give advice, or be useful. Parents must decide whether they wish young people to have access. Be sure of this, however: it is a bot. It is software. You will never talk to a human.

Fixes for version 3.2 users. Some had problems with Spanish localisation which we could not replicate but believe is now fixed.