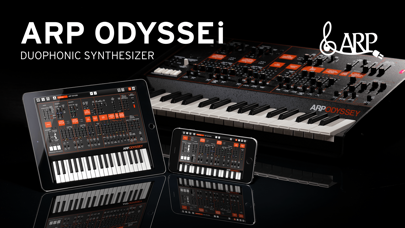 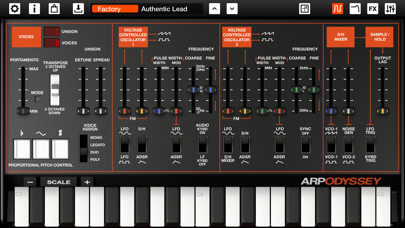 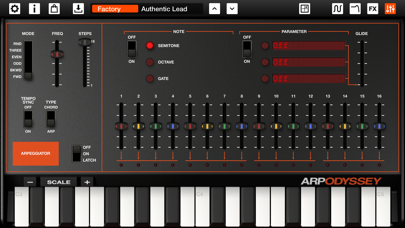 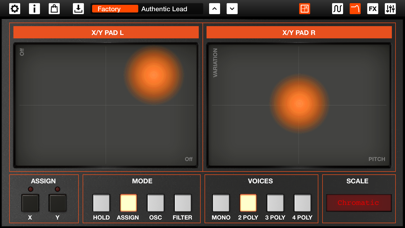 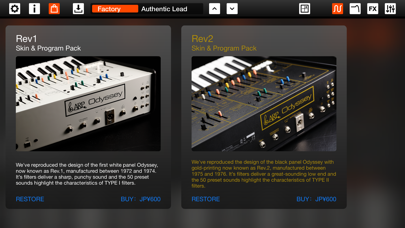 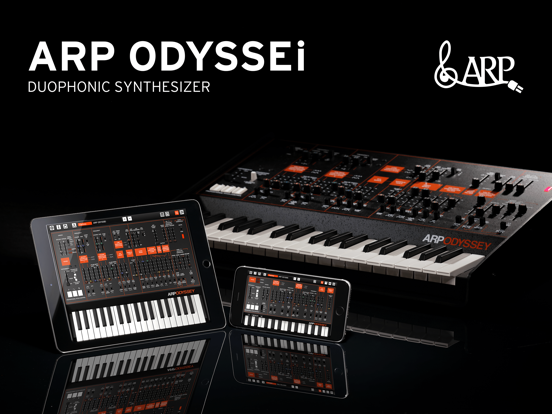 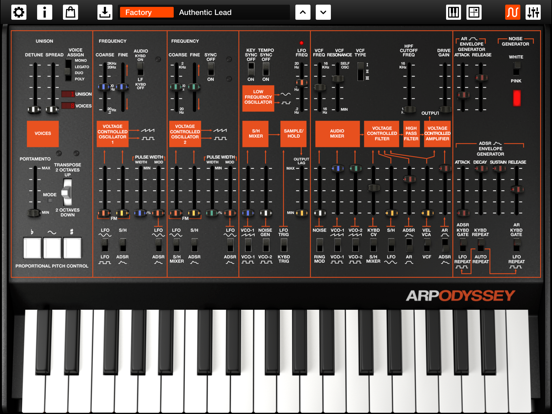 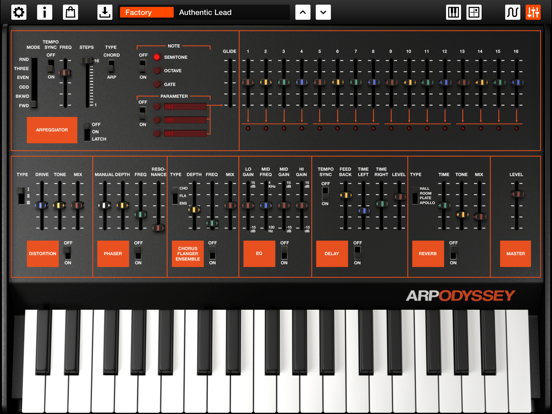 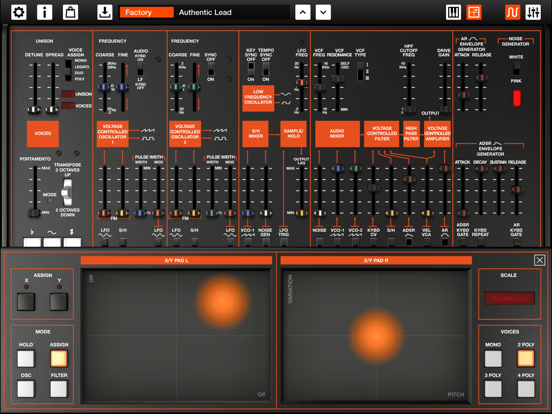 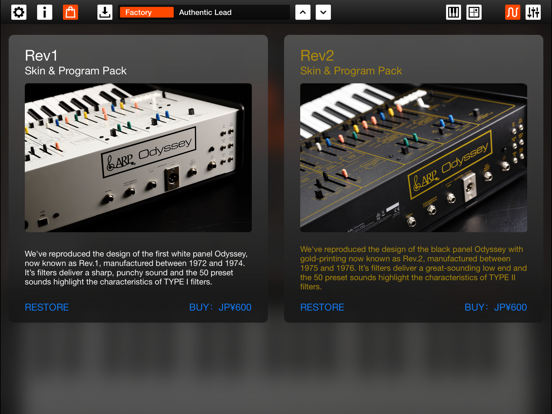 The ARP Odyssey of 1972 has earned an unshakable position as a classic analog synthesizer. In 2015, KORG produced the ARP ODYSSEY, a complete reproduction of the original. The ARP genes that shook the worldwide music scene are being passed on, and its history continues.

The next platform for the ARP ODYSSEY is iOS. We want the unforgettable ARP sound to be easily available on a device that as many as possible of today’s players can obtain; this resulted in the “ARP ODYSSEi” app for iPad / iPhone. Based on the revived ARP ODYSSEY, we used KORG’s proprietary CMT circuit modeling technology to reproduce the analog feeling and sound of the original as closely as possible. We’ve also given it numerous enhancements that are possible only with software, such as long-awaited polyphony and built-in effects.

The real analog ARP ODYSSEY, and now the uniquely evolved ARP ODYSSEi, brings the universal fascination and inimitable sound to every device.

* Due to differences in CPU speed of iPads / iPhones, iPad 3rd gen/2/iPad mini/iPhone 4s are not supported, only iPad Air/iPhone 5s or later is recommended.

– Faithfully models the circuit of the ARP ODYSSEY: The circuitry has been reproduced using KORG’s proprietary CMT (Component Modeling Technology), developed over the years starting with the KORG Legacy Collection.

– New functions to create all-new ARP sounds: Added a voice assign mode that allows you to play chords, an arpeggiator that can be programmed in detail like a step sequencer, and effects that can transform the sound in diverse ways.

– Get all three of the sought-after revisions: In addition to the standard design of the Rev3 with its black panel and orange silk-screening, you can optionally obtain the white-paneled Rev1 and the black-paneled gold silk-screened Rev2 designs, together with fifty new preset sounds that take advantage of the distinctive filters of those models.

– Produce music together with KORG Gadget: ARP ODYSSEi can be used in conjunction with the “KORG Gadget” music production DAW app that has won numerous awards around the world. If both apps are installed, it can be used as the “Lexington” gadget inside the KORG Gadget app.