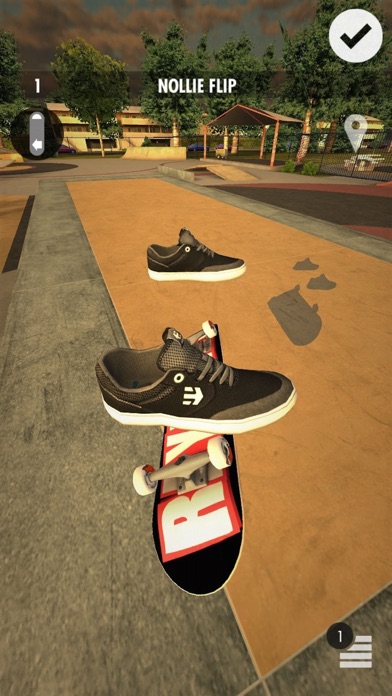 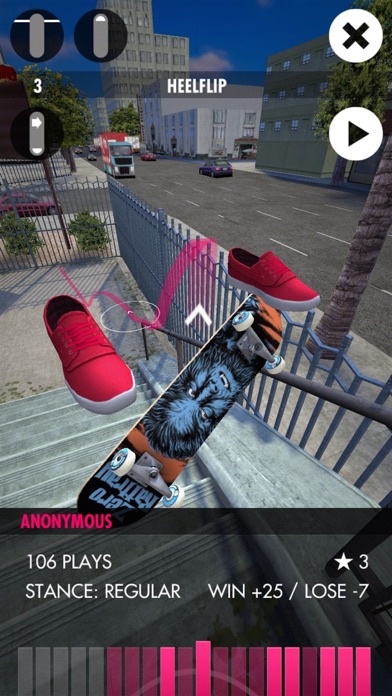 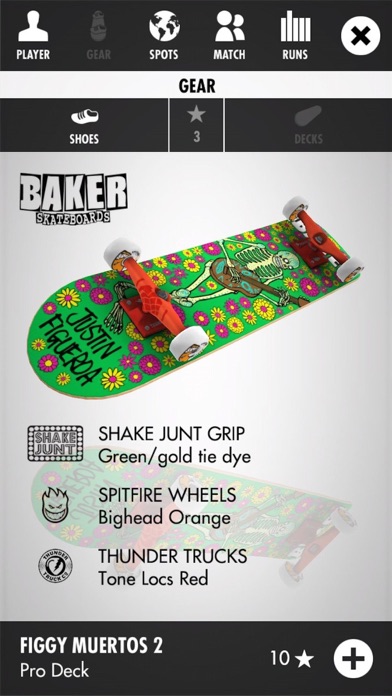 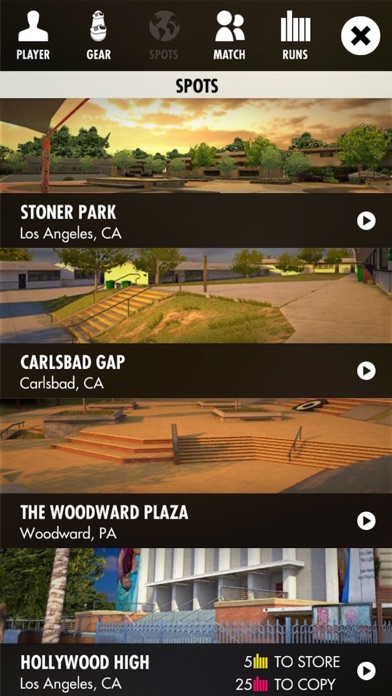 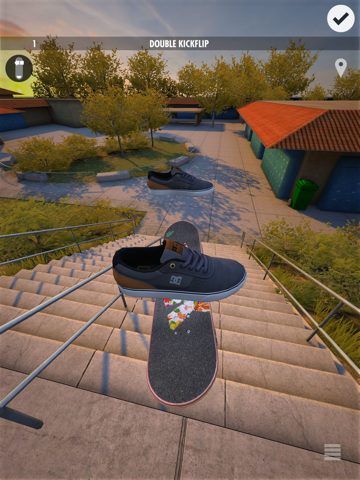 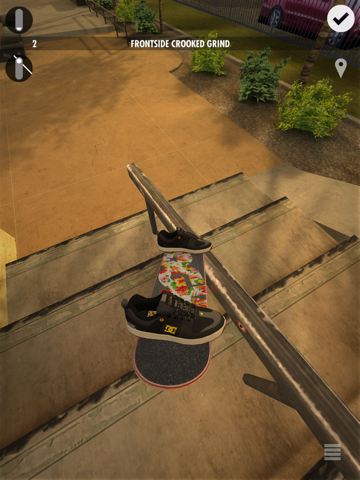 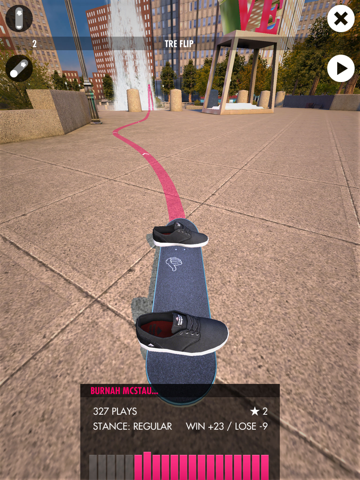 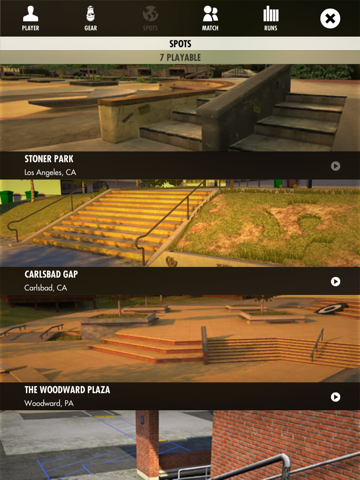 “Skater’s innovative, creative controls are a diamond.” – 148Apps.com
“Skater’s controls feel like they’re built from the ground up for touch, and are gratifyingly elegant.” – IGN

All of Skateboarding In The Palm Of Your Hand

Designed by skaters for skaters, we teamed up with 20 of the most prominent brands in skating to create the game every skater has been waiting for:

Use the touch screen to directly control your shoes and board. Controls have been carefully designed to highlight the things that are most fun and important in actual skating, with a strong focus on flow of tricks and runs.

Every Trick Is Possible

This is the first touch-based skating game to include the full range of street tricks. Jump from Ollie, Switch, Fakie and Nollie and perform all standard flip tricks; with the inclusion of body rotations you can even do tricks such as Front-Side Flips and Big Flips. With recent updates now including Late Flips, Reverts, Ghetto Birds, Impossibles, Dolphin Flips, Dragon Flips and Gazelles. Chain everything together with manuals, nose manuals and every kind of grind and slide.

Skater allows you to save your favourite trick runs and share them with the world. In turn, you get to discover and copy runs that other players have created – giving you access to an endless feed of new ideas to explore.

The spots featured are El Toro, Carlsbad Gap, Hollywood High, Stoner Plaza, Camp Woodward, Love Park and The Berrics – with even more to come in future updates! Starting with architectural plans, height maps and photos we took on-site, every detail of these legendary spots has been faithfully recreated – down to the graffiti, street signs and even stickers on obstacles.

Knowing that different people see different things in a spot and skate it in their own unique way, Skater blurs the line between single and multiplayer experiences to enable social interaction unlike any other previous skating game. It’s like taking part in a the world’s biggest online skate session…

Go skate at some of the most famous spots in history with content from thousands of players from around the world – any time you want!

Questions or feedback? Hit us up on [email protected]

Fixes:
– Fix for frozen Game Centre / stuck on loading screen issue
– Fix for run refresh getting stuck after first refresh
– Fix for trick icons in replay browser
– Fix drifting foot when spinning out of grinds
– Fix for crashes caused by device running out of disk space