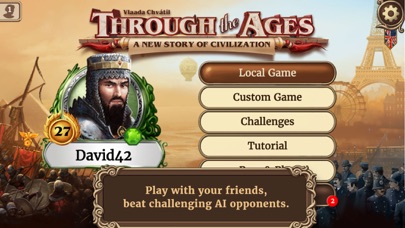 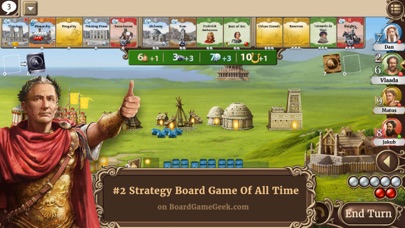 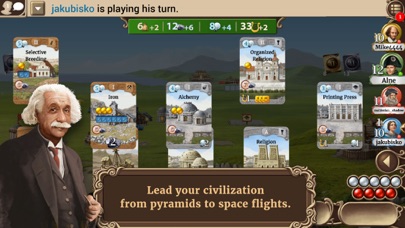 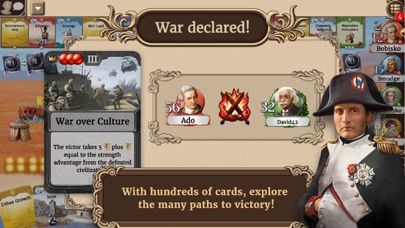 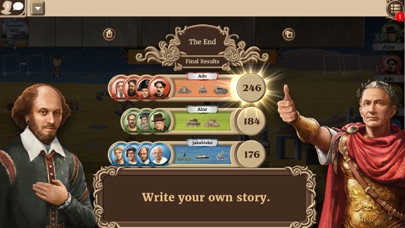 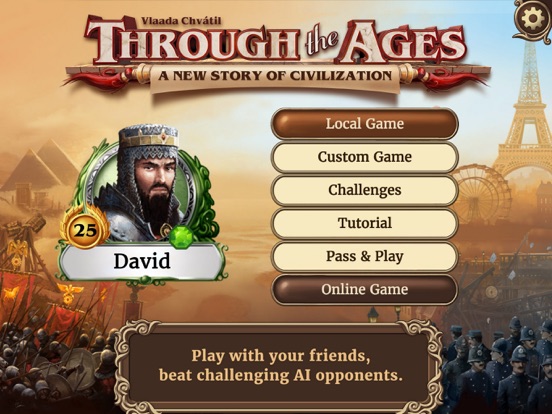 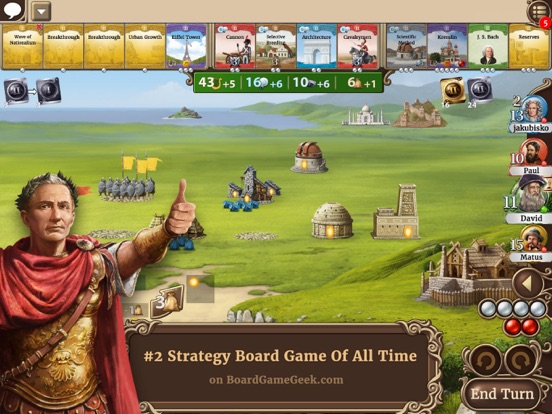 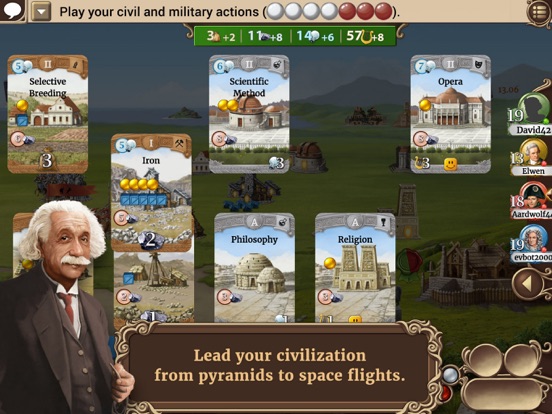 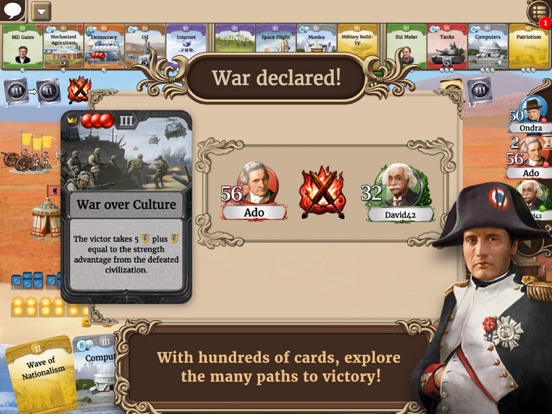 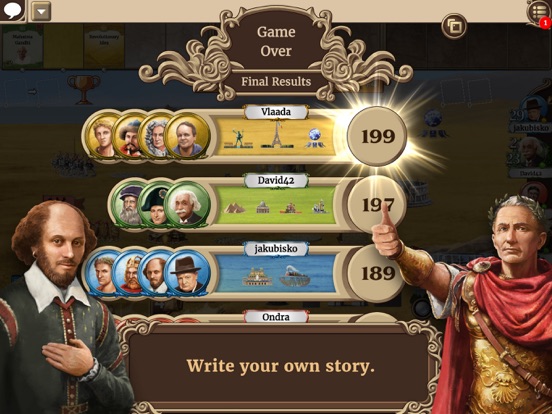 The official adaptation of Vlaada Chvátil’s strategy classic, the second best board game ever according to the Board Game Geek website.

“If you are looking for a civ game, this is the game! This is one of the best games of all time.” – Tom Vasel, The Dice Tower

This is your chance to make history. You begin with a small tribe. As you expand your farms and mines, you lay the groundwork for technological advancements, better governments, and grand wonders. Your military might supports your political skill as you guide your civilization to greatness.

OVERVIEW:
– One of the greatest board games of all time.
– Hundreds of cards to build a mighty civilization.
– Many paths to victory.
– Manage your resources carefully.

FEATURES:
– Learn the game rules with a funny and engaging tutorial.
– Compete with your friends online or on the same device.
– Defeat clever computer opponents of various skill levels.
– Play with the original board game rules or a streamlined digital version.
– Enjoy single-player Challenges requiring different strategies.

Czech Games Edition has produced over 20 board games and expansions, including many award-winning titles for enthusiastic players: Alchemists, Dungeon Lords and Tzolk’in to name just a few. We expanded into the realm of digital board games with Galaxy Trucker and now with this Through the Ages adaptation.